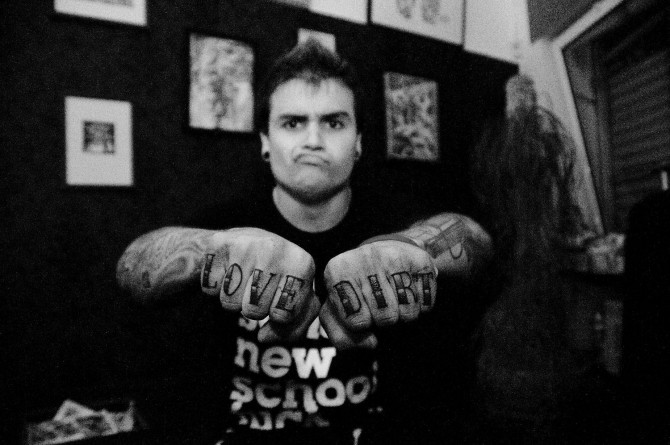 The professional dirt jumper and freerider Andreu Lacondeguy has been riding for the German gravity bike specialist YT Industries for a year now. Andreu is well-known for his extreme tricks on the biggest dirt jumps ever. In order to push his skills he got an incredible training compound near Barcelona with a 45ft (15m) tall run-in ramp that takes him over 60ft (20m) gap jumps. Of course, Andreu needs to have 100% confidence in his bike to pull off these supersized stunts.

After a full season on his DIRT LOVE, with which Andreu won the 2012 Red Bull Berg Line in Winterberg, it was about time to benefit from Andreu’s experiences and incorporate them into the development of a new DIRT LOVE bike. The amazing part is, that the existing geometry hasn’t been changed! YT asked Andreu how they can improve the bike. His response was simple: “Hey man, this frame is fucking perfect! Leave it like it is. Just change the colour. I want it black and I want the strongest components!” No sooner said than done! Andreu’s DIRT LOVE signature bike is now launched in bad-ass-black with discreet decals and his preferred components. 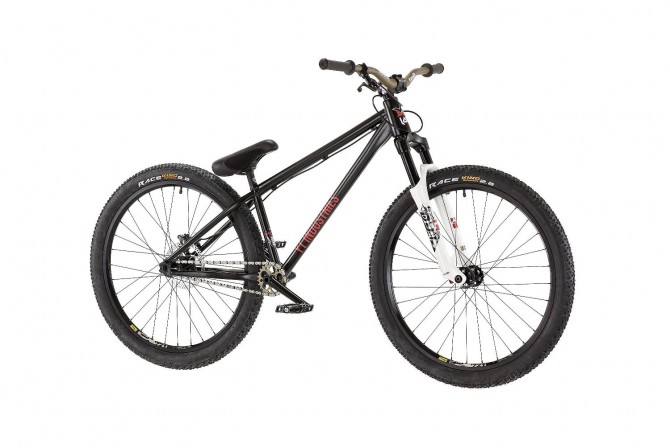 YT’s R&D department got the task of making the bike even stronger for Andreu’s mega jumps, whilst keeping it the same weight. Despite its perfect handling in the air over large distances it also had to be extremely agile on smaller jumps for rotational tricks and tailwhips. The result: a fully heat treated double butted CrMo steel frame with a hydro-formed down tube and chainstays as well as a tapered head tube for increased strength and rigidity.

Integrated gussets in the down and top tubes provide for its enormous durability. On the other hand, newly developed compact dropouts with integrated chain tensioners provide the necessary comfort.

YT could not have found a better way to pay homage to Andreu’s great 2012 season. Andreu says: ”I love this bike! It´s crazy how clean and simple it looks and how big you can go on it!” With this super high-flying, mega-spinning machine, keep your eye out for Andreu in 2013. It’s going to be bad-ass! 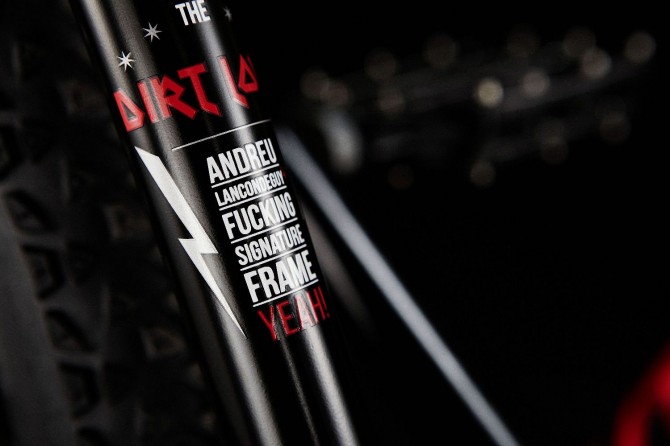 To see more of what Andreu is up to these days, check out his Facebook fanpage at: http://www.facebook.com/AndreuLacondeguyOfficialFanpage

Andreu Lacondeguy In 'One Last Song'