UK brand Kinesis may not be the first brand that springs to mind when you think of electric bikes, but the British brand has launched its e-division with a genuinely unique electric mountain bike. Up until this bike I firmly believed that all hardtail ebikes were rubbish, I've probably even written it somewhere, so I'll cut to the chase and state that the Rise from Kinesis has certainly changed my mind with this exception!

Known for quality aluminium frames, Kinesis has developed a 'British style' hardtail and combined that with the futuristic motor and battery system from Fazua. The result is a rather stealth looking e-hardtail ready to attack the trails while having the bonus of an assisted uplift.

The Fazua Evation drive system is very different from what we currently see on most emtbs. Fitting into the down tube the whole motor and battery unit can be removed, leaving only the gearing around the bottom bracket in the frame. The battery is a 250Wh unit, and although smaller in capacity than many other systems, it's light weight means a second can easily be carried in your pack. 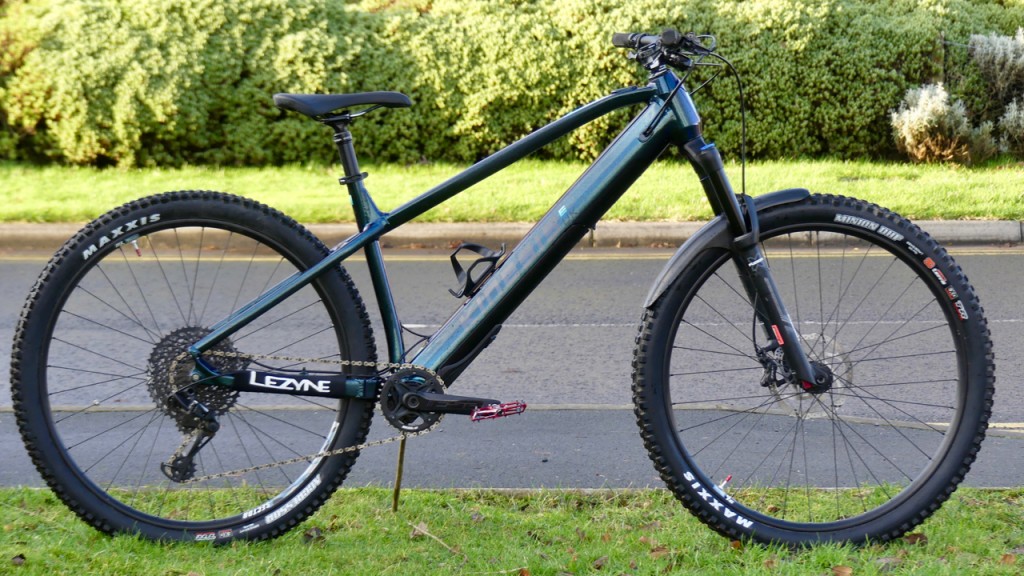 With 55Nm of torque and three modes of assistance; Breeze (125W), River(250W) and Rocket (400W), it features an integrated remote on the top tube and LEDs show which mode the bike is in and how much battery is left. The other magic of Fazua is the lack of resistance above the cut-off speed, meaning once 25km/h is reached, you can continue pedalling unimpeded by a draggy motor. Finally, the motor and battery can be replaced with a blanking plate and ridden 'acoustically' as a standard hardtail.

The Rise is built around an aluminium frame with numbers that suggest a hardtail ready to be razzed around the woods or taken far and wide on all-day epics. The fork is a 130mm X-Fusion E-Slide, an ebike specific fork, which features 34mm stanchions and a 44mm offset to keep steering sharp and precise. The head angle sits at 66.5 degrees, while the back end is long and stable at 445mm in the chainstays. Seat tubes are short to allow long droppers and riders can choose a length from L1 to L4 rather than by an outdated system of seat post length. The seat tube is 75.5 degrees for efficient climbing and the bottom bracket drop is a stable 55mm.

As a whole package, the Rise is available in three models, the SLX model at £3200, this GX Eagle model at £3500 and with an Innegra Wheel upgrade at £4400. X-Fusion dropper posts feature throughout (up to 170mm), as do TRP Slate T4 brakes. Sector covers the wheels with their aluminium e bike-specific rims, and strangely it's FSA rather than DMR, which handles the cockpit. 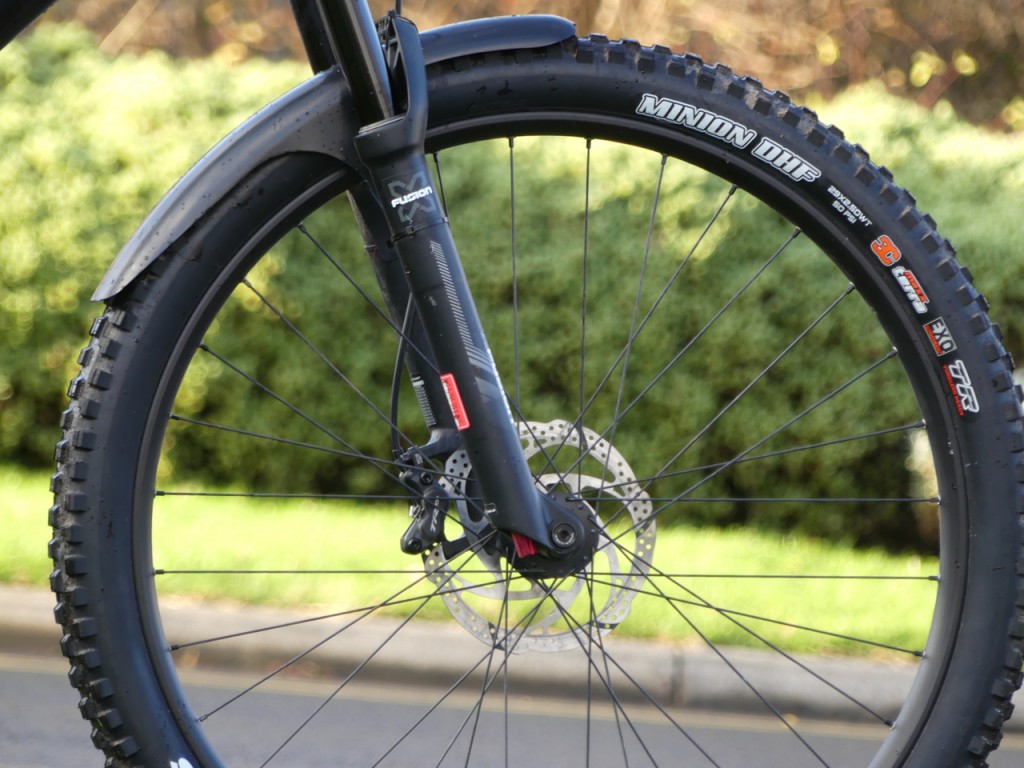 Essentially this is a story of me being convinced that an e-bike hardtail is a good idea. I won't drag it out though, the Rise, on the right terrain is an absolute blast to ride and has proved that slapping a motor on a good hardtail does make an awesome bike.

First up is the motor, it's smooth, quiet and subtle in a way that no other motor system has been able to achieve. If you want to go stealth on your ebike, this is undoubtedly the way to go, and it feels like Fazua could well be the future of ebikes. The downside, however, is power and range. You do not get the whoop-inducing surge of power found on other ebike systems; instead, it's more like a gentle tailwind or just feeling like an exceptionally strong day on the bike. In the highest setting, things are the most fun as always, and the lower settings didn't see much action unless trying to eke out my power on a long ride.

This isn't a bike to seek out the steepest and most stupid climbs, partly because of power, but also being a hardtail, it's not as easy to sit and spin the pedals through rough terrain. In defence of the lower power output, I found that I rarely span out on slippery ground and when out of the saddle there is always something to push against on the pedals, which works well on a hardtail. 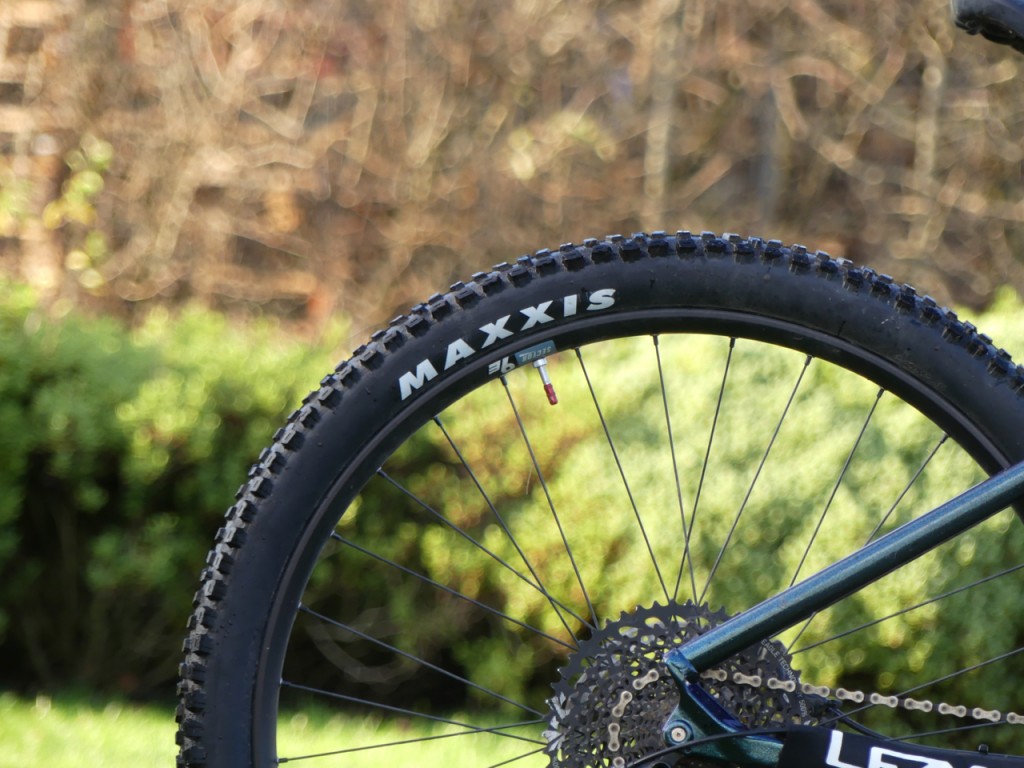 Good sized rubber all round

What is excellent about the Fazua system is the user experience, like Apple to Microsoft in the early days. Fazua's motor and battery are easily installed and removed with a simple magnetic charger to juice up the battery. It's all made well, with no rattles, and machined to a high standard. No silly digital display to tell you how fast you're going, just simple LEDs to indicate what you have left and what power you are in. It may not compete on absolute power but smashes it out the park on quality and feel.

Once things get exciting the Rise shows it's British heritage and opens up as a capable descender. A quick sprint takes you up through the limit, but magically you can keep pedalling and hit the trail faster than ever before. The low bottom bracket, big wheels with proper tyres keep things tracking, and corners are railed with confidence and traction. Where other ebike hardtails have had shonky geometry, the Rise gets it done well and gives confidence to attack rather than hold back. The additional weight is always there, but the lightweight motor and battery mean the bike is still manoeuvrable and playful. Charge through some rocks, and you'll know about it, but knowing you can always get another lap in means, you don't mind scrubbing the speed now and then.

The best terrain for the Rise is fast flowing trails with endless corners. Think trail centres with loamy, muddy ruts, the Rise carves a corner well, and my best rides were lapping slidey winter trails in the woods all day. Once too many rocks and roots are thrown in, the extra weight on a hardtail makes it a little wild, but hook it into a rut, and you'll be happy. 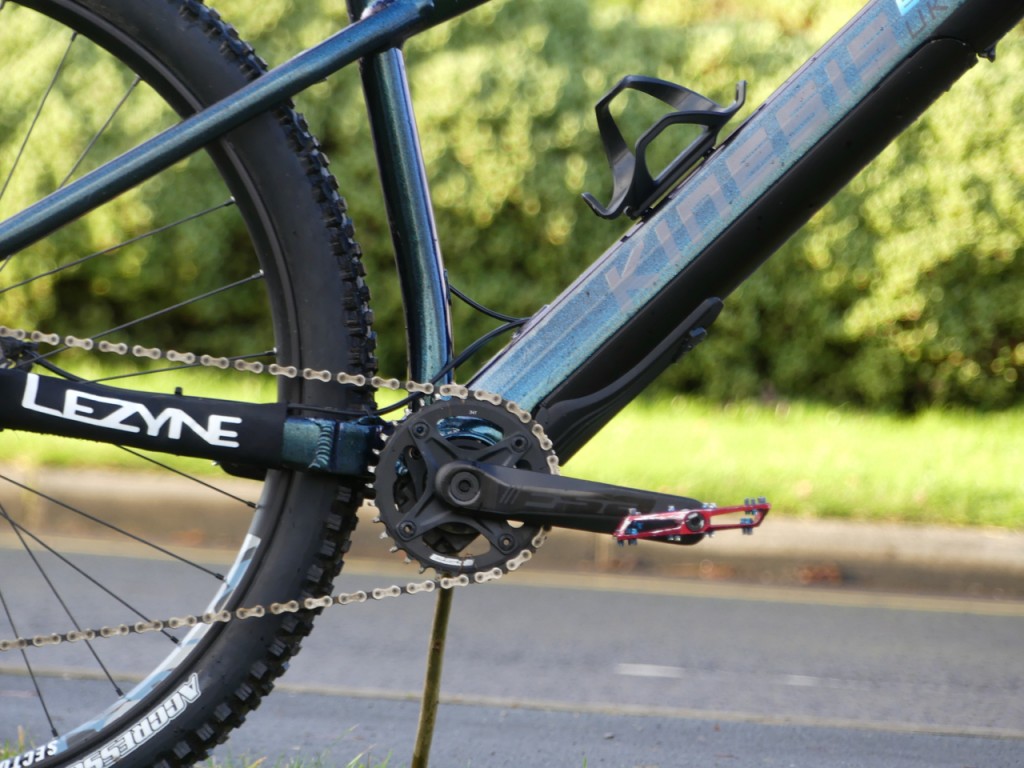 Hard to tell there is a motor and battery in there...

In terms of range, I managed to get 1000m of climbing done on one battery, being very frugal and spending some time with the motor switched off. On full power, I managed to get about 600m of elevation gain, but I smiled a lot more!

On very technical ground, the Rise is slightly let down by the fork, which I would ideally prefer an X-Fusion Trace 36 to beef things up a bit. As it's nearly Xmas I'd also wish for a degree to be knocked off the head angle so you could push it hard into steep ground. I feel they could have gone a little further into 'British hardtail' DNA and gone for a 150mm fork and a 65-degree head angle no problem. However, if you stay back from the wildest of trails, it's bang on, easy to ride and more importantly easy to have fun on. I'm very excited to see what comes next from Kinesis and Fazua.

Without a doubt, the best e-hardtail I have ever ridden, and the Rise shows there is more than one way to make a great ebike. A beautifully executed motor system paired with some well thought out geometry and speccing make for a brilliant riding experience. 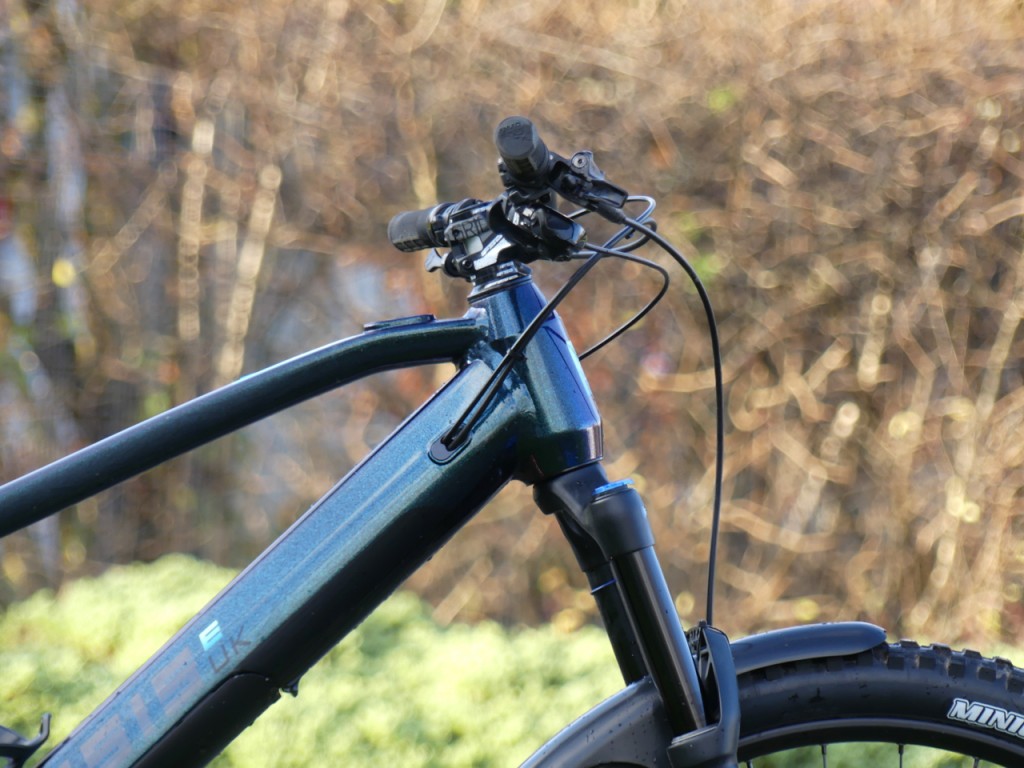 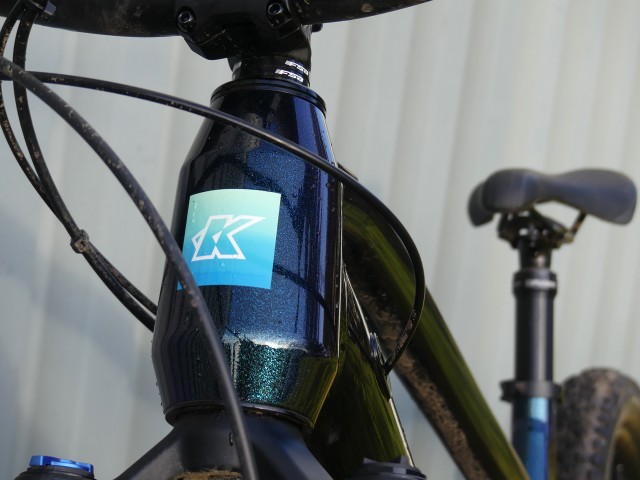 It's Kinesis, but not as we know it. 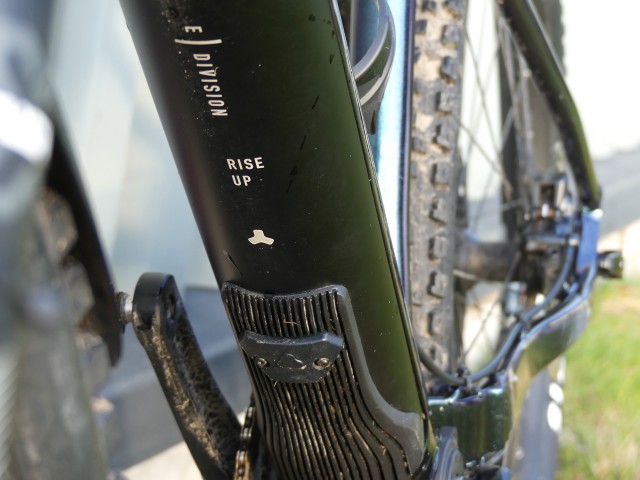 The Fazua battery and motor system 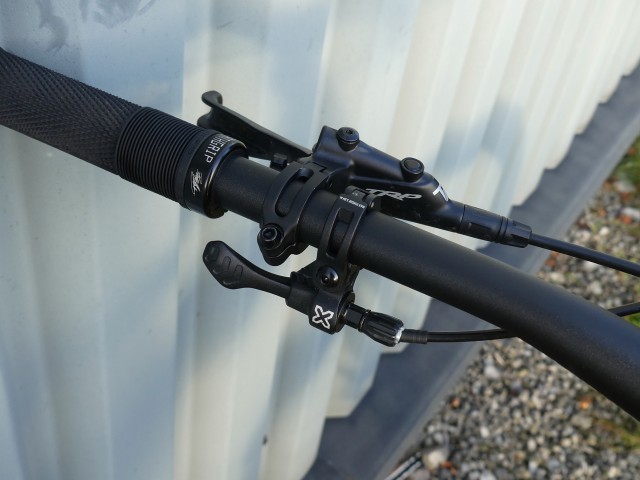 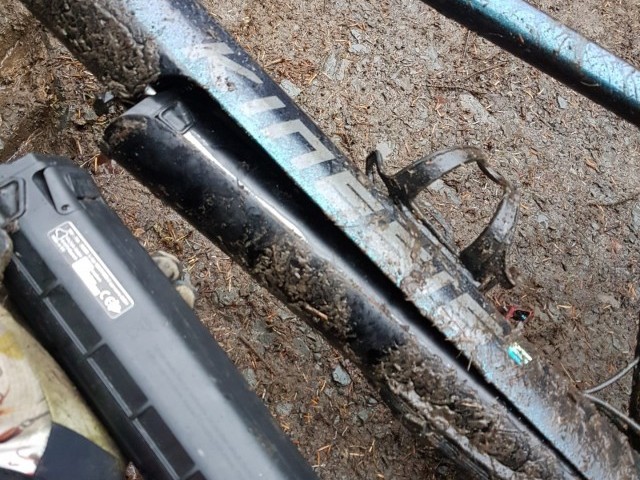 Easy to plug, play and remove on the go 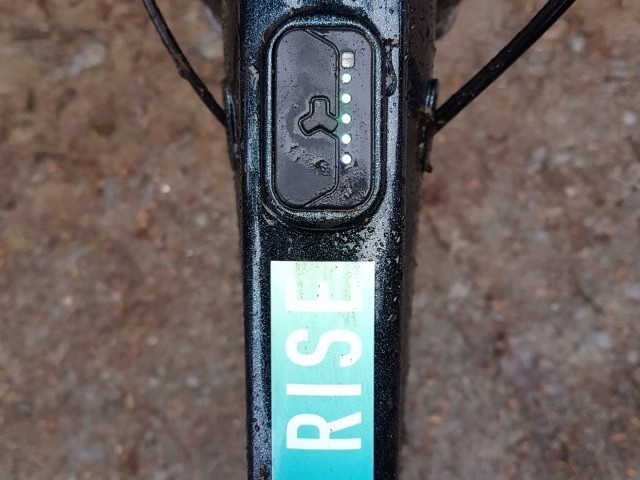 All the display you ever need, just a few lights to show you the way

This review was in Issue 62 of IMB. 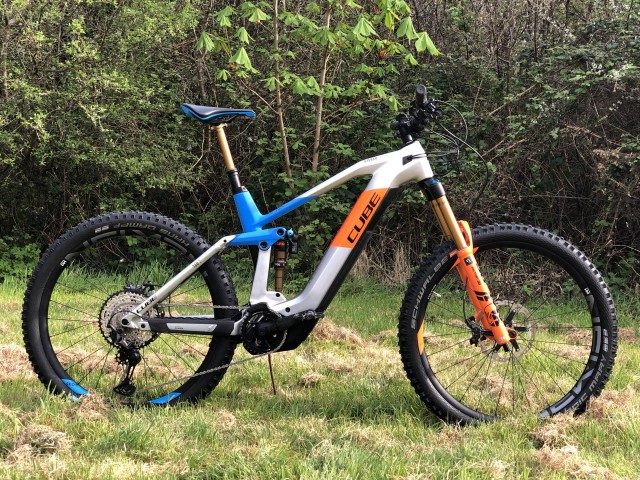 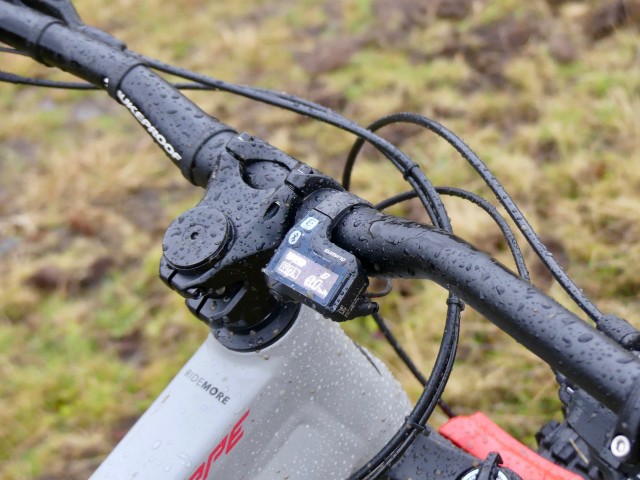 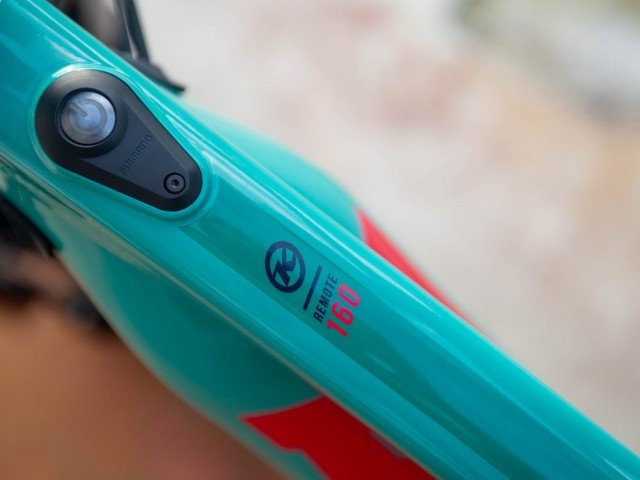 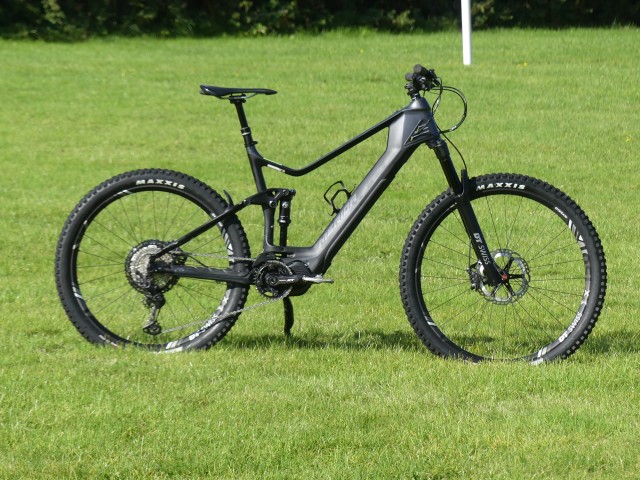 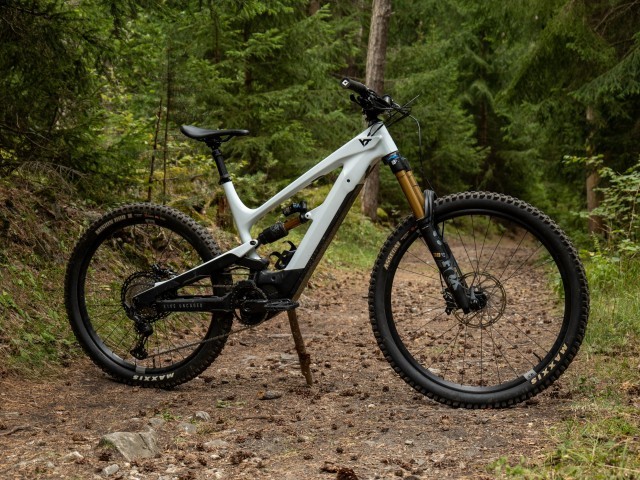 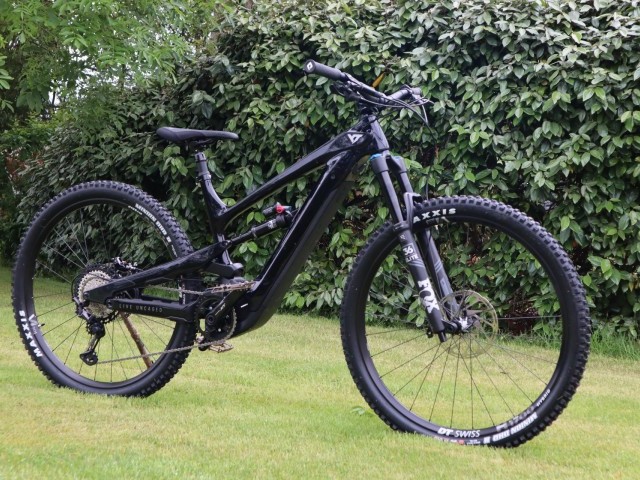 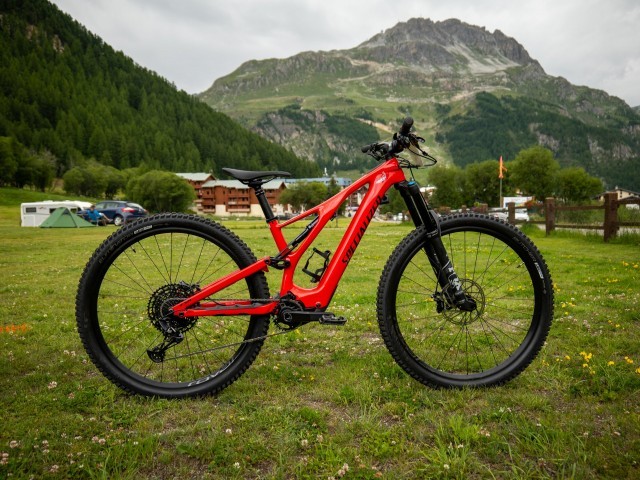 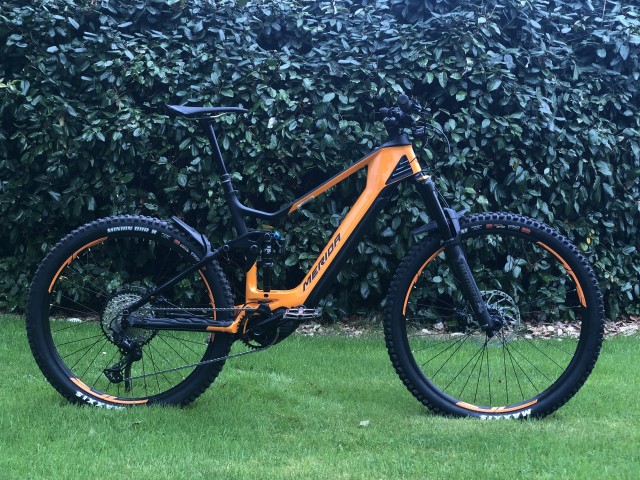 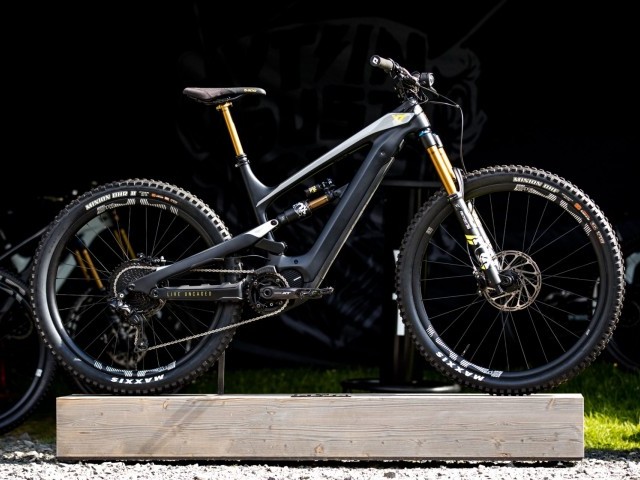 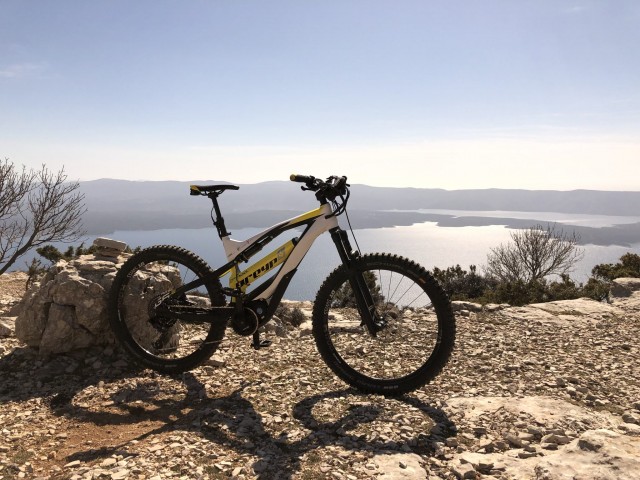 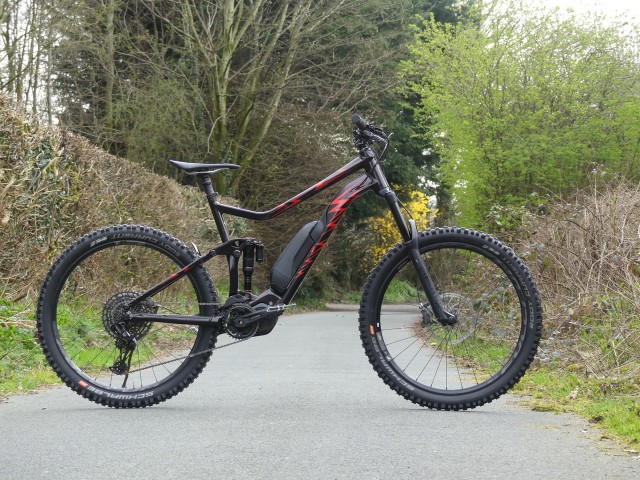 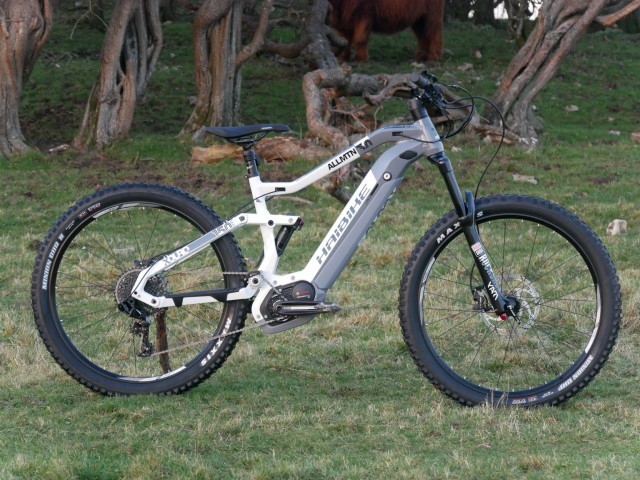 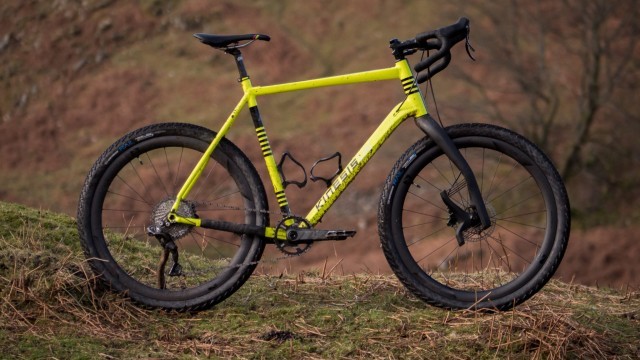 The Tripster AT is the long-awaited sibling to its titanium counterpart the Tripster ATR. Respected and lusted after in the adventure biking world, it's price tag put it firmly out of reach for most, but not anymore. This version is mostly the same, but with some tweaks from the late, great Mike Hall who was integral to its development. Now…