Drivetrains have been turned up well past eleven now, and the race to put the most gears on a bike has probably subsided. Perhaps 12 is enough? Well, Box thinks 12 is more than enough and are encouraging us to think a little differently with a 'less is more' philosophy.

The Box Prime 9 range aims to convince us the nine gears is plenty, providing you still have a wide range of ratios available. Ranging from Box Four to Box One, there is a range of price points and specifications available. The Box Four is the value end of the spectrum and curiously has only eight gears, but from then on it's nine-speed all the way up to Box One.

The main claims being made by Box is that fewer gears lead to more robust components that will last longer. Further to this Box suggest things are more straightforward and lighter as obviously fewer cogs should weigh less and nine gears mean less time spent shifting. 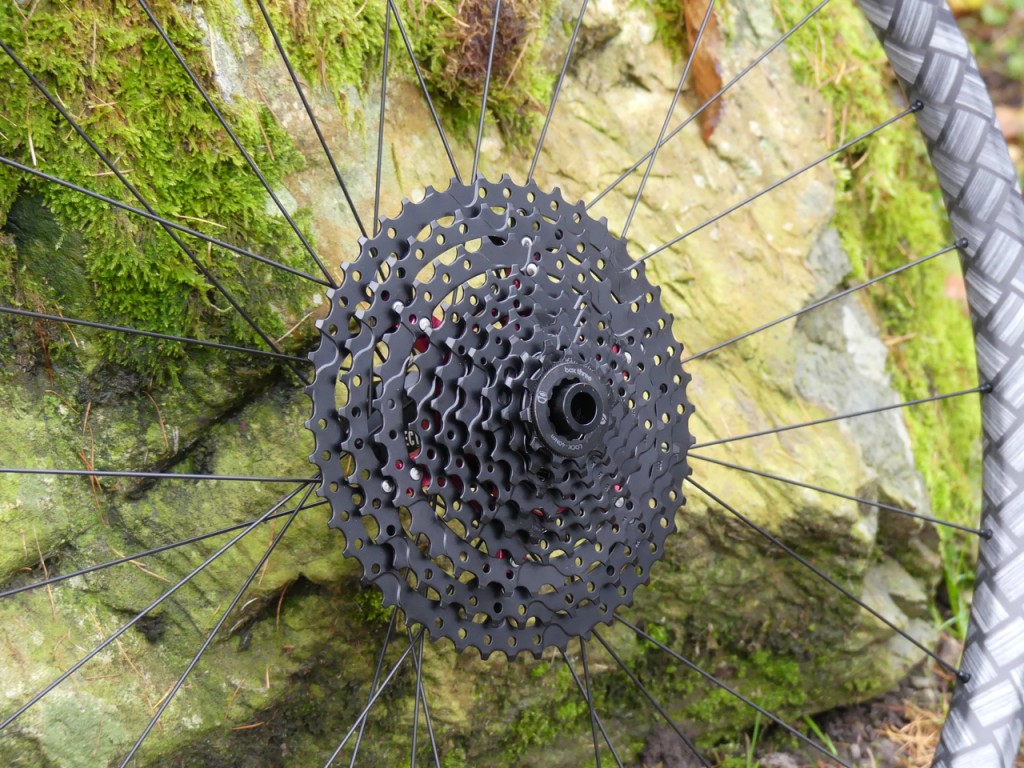 With fewer gears, a heavier duty chain can be used which has double hardened solid pins and weighs in a 312g. This 9-speed chain is however compatible with modern narrow-wide chainrings so no need to change anything there. Weight 312g 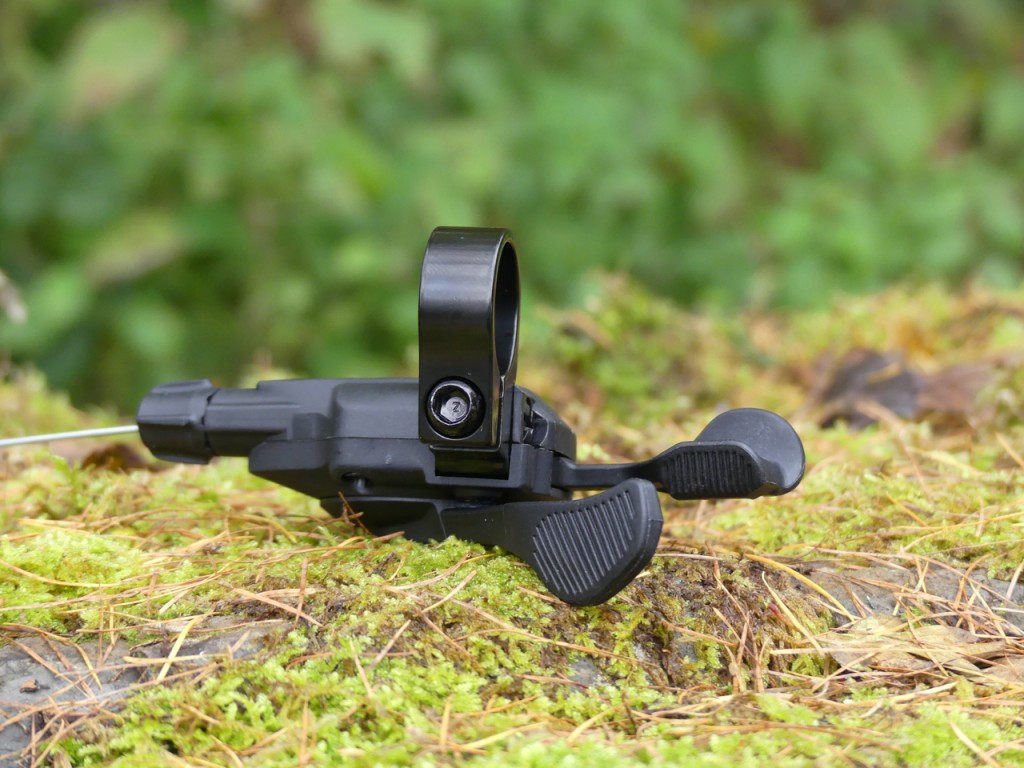 The mech looks a bit different from other modern derailleurs with its small jockey wheels but still has a long cage needed for the large cassette. There is a clutch system, but this is 'always on' and not adjustable and seems stiff enough to keep the chain in place. As with all the Prime 9 kit, it's robust, and all the adjusters and clamps are large and easy to use. Weight 345g.

There are two shifter options available, either multishift or single shift. The latter is designed for ebikes and only allows one gear to be changed at a time to avoid cross-loading the chain under power. Mostly nylon composite in construction, it is Shimano-like in its style with a 2-way release action on the downshift and a large paddle for upshifting up to 3 gears at a time (multishift version). Weight 128g

What was most surprising was how easily I adapted to the new system considering I swapped out from a 12-speed drivetrain. Climbing out of the car park on my first ride things felt remarkably similar, and although I was on the 46t version and had lost my easiest gear, I wasn't missing the big ring too much. Although the number of gears decreased, the range is still there, and as such it doesn't feel like you've gone back in time to old-fashioned 9 speed. There is, in fact, very little 'old fashioned' about this system. 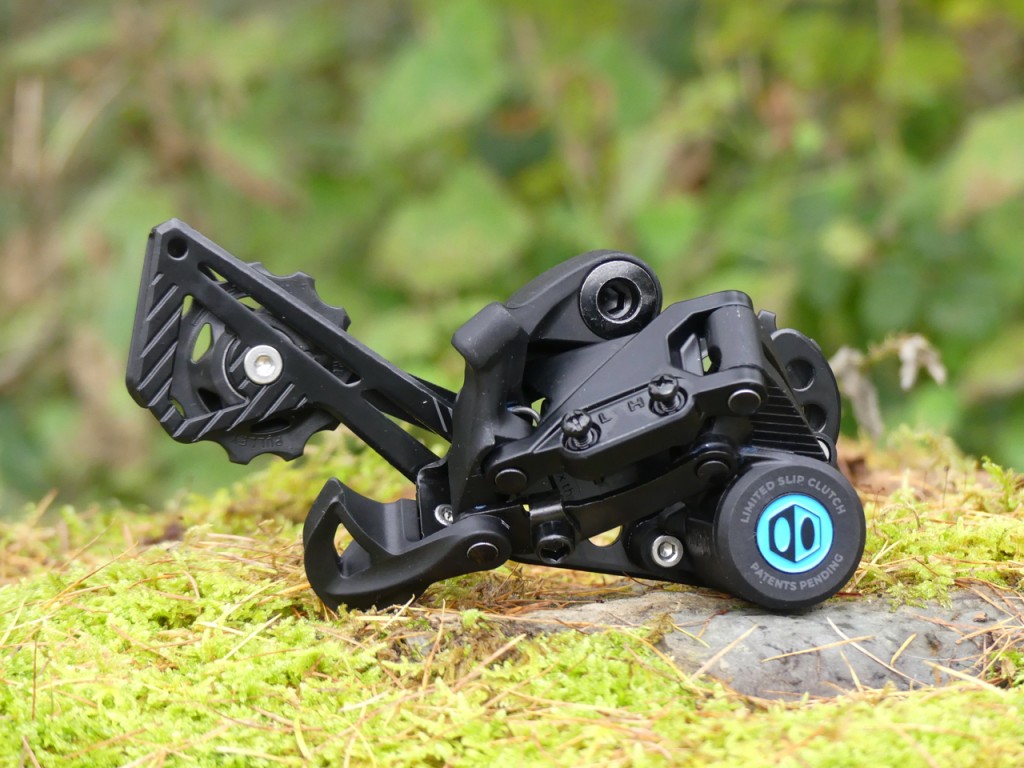 The shifting is slightly clunky as that 9-speed chain jumps from gear to gear, but it feels purposeful and solid. After a few shifts between gears, it is noticeable that the jumps are slightly larger and sitting in one gear and making it work for you is better than hopping about the gears. At low speeds I found the issue of fewer gears almost irrelevant, providing I have an easy gear to winch up a hill, I'm happy. What is more noticeable is spinning along at a higher speed where it is possible to find a point where you might feel you want an in-between gear. I use the word 'want', as it's not necessary and merely pushing a bit harder on a gear is the solution or easing off the pedals a little. Perhaps the racers out there may take issue at this, but for trail riding, it worked great.

When it comes to the descents, with less pedalling going on, it was reassuring to find the chain stayed place without a chain guide. The narrow-wide compatibility helps in this aspect, but the rear mechs clutch kept everything together and on the chain in place.

Despite being a little noisy and agricultural compared to the more advanced and expensive drivetrains, I've been using I had very little to complain about during testing. The black coating started coming off the cassette after the first ride but other than that there is little sign of wear. I predict that I could happily run this all winter without needing much in the way of maintenance. 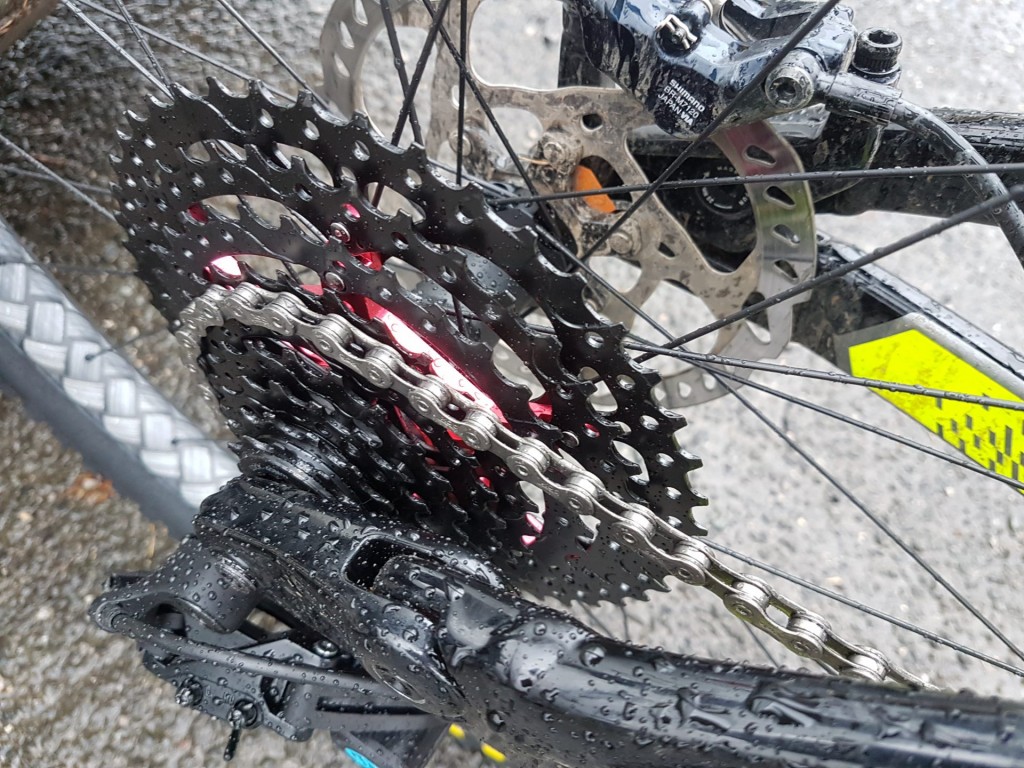 When 9 is all the gears you need

The issue for many riders will be why to choose nine-speed over twelve-speed especially now SRAMs NX Eagle and Shimano's SLX are bringing 12 speed to competitive price points. The answer may lie firmly in the reliability of the nine-speed system for those after a bombproof winter hardtail, downhill bike or for bikepacking into the back of beyond. The other application is ebikes, where fewer gears and a strong chain pays dividends and really isn't the place for fancy 12-speed drivetrains.

When more isn't necessarily better, Box has gone against the grain and created a budget drivetrain that could well outlast the rest of your bike. With all the gears you really need, the Prime Nine system will appeal to those after reliability and durability above all else. 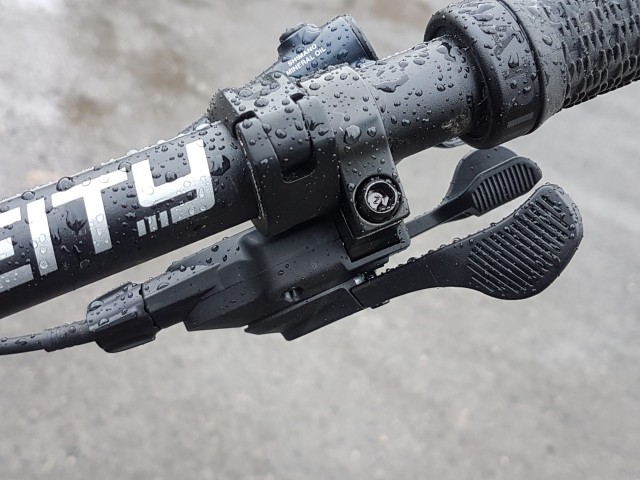 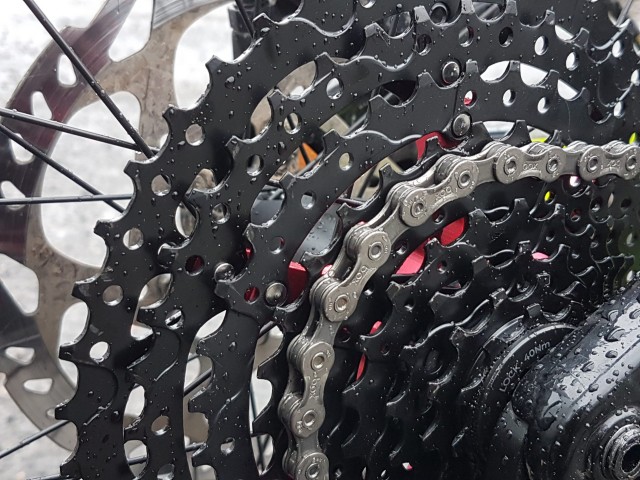 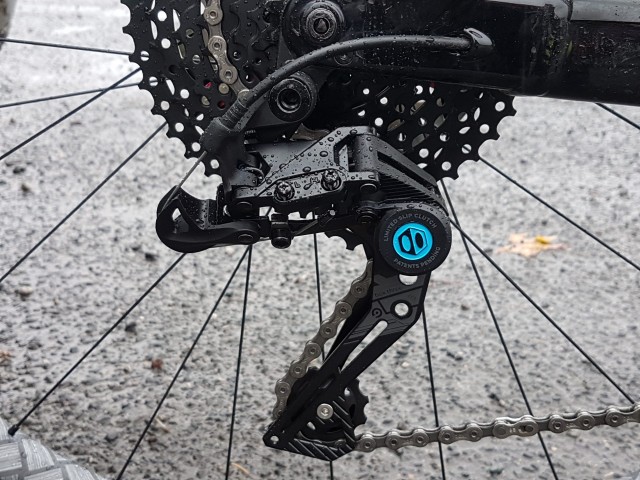 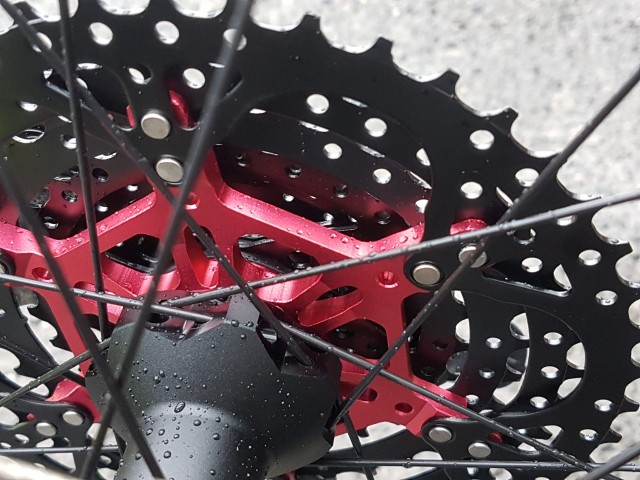 The back of the 9 speed cassette

This review was in Issue 62 of IMB. 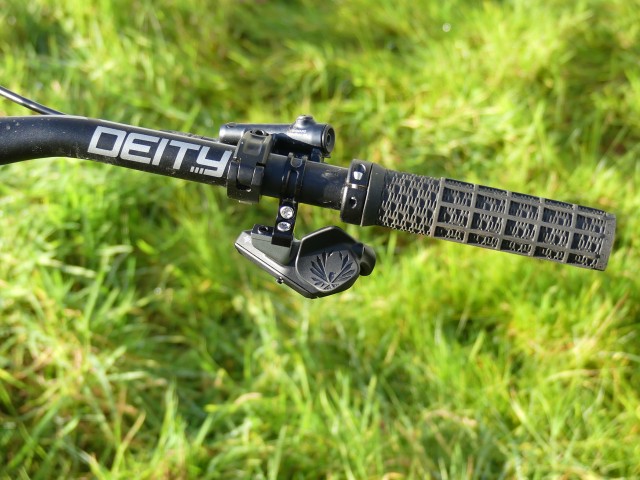 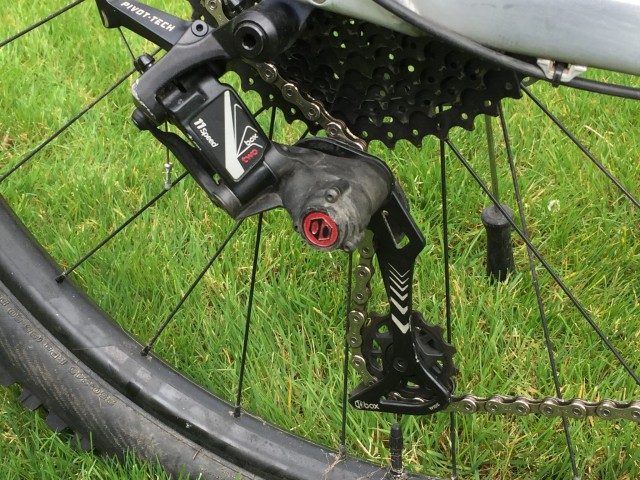 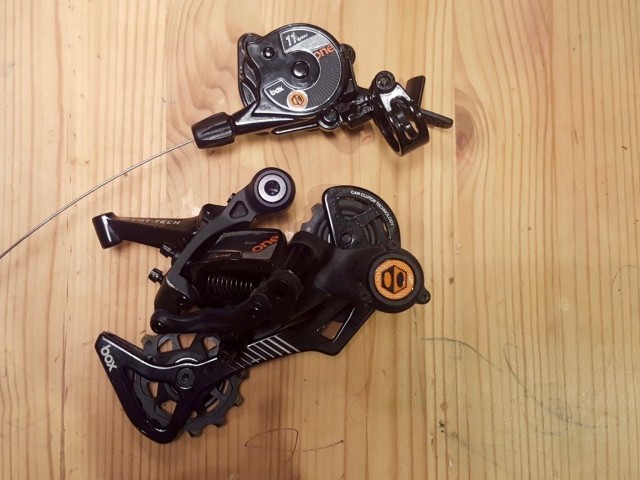 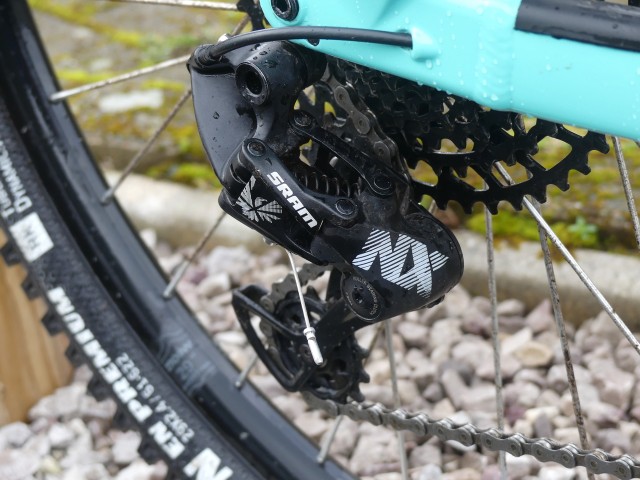 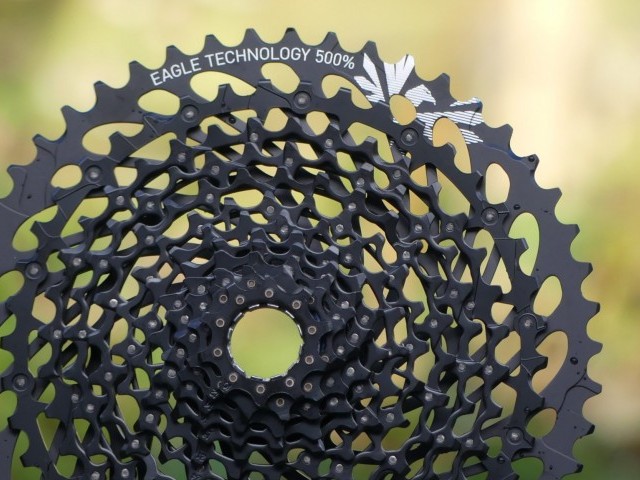 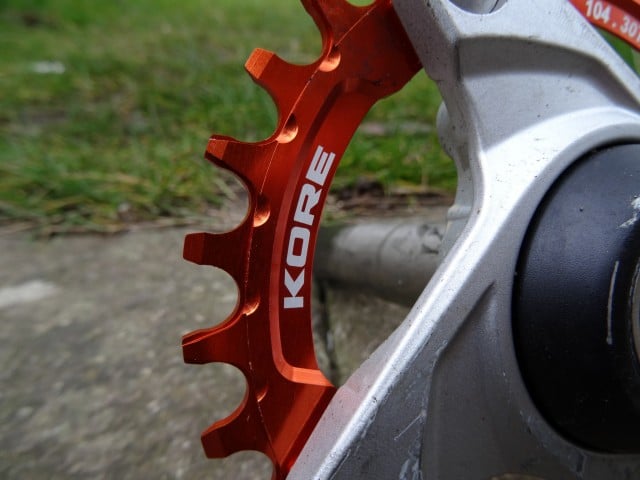 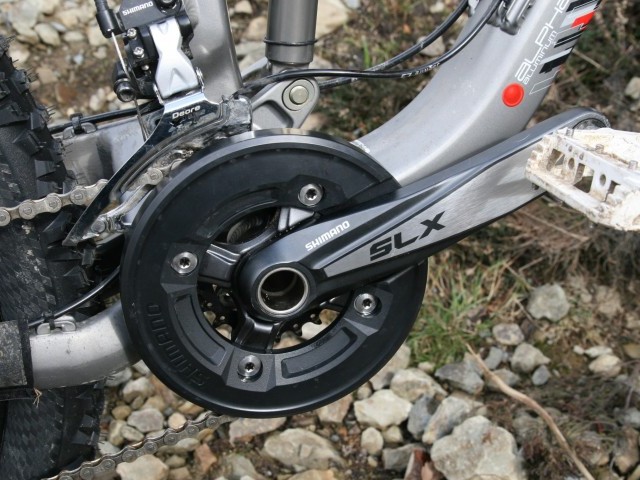 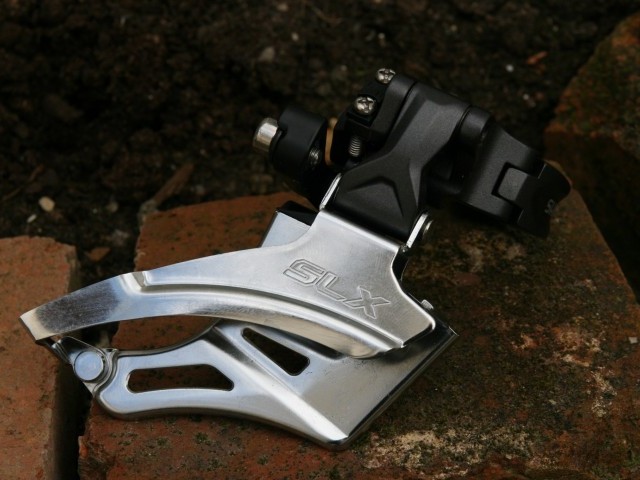 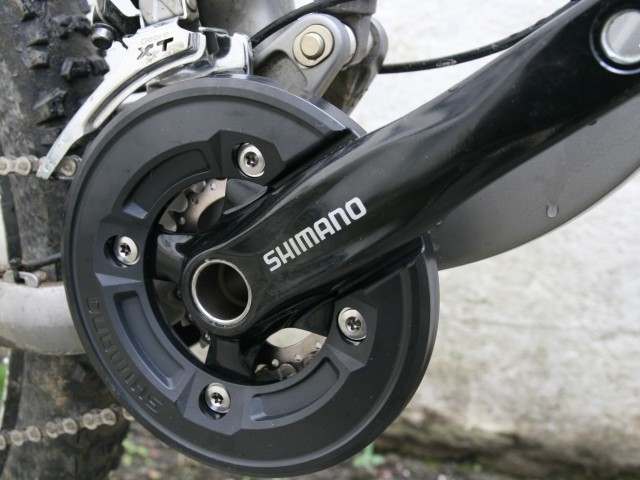 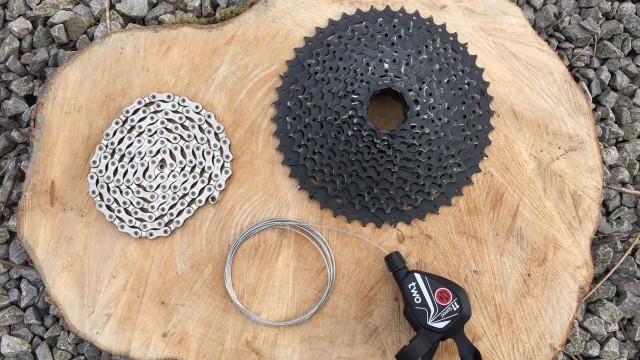 The man behind Box Components, Toby Henderson, became a racing legend on downhill bikes and BMX’s and is now well on track to legendary status in the world of bike components. Still a fairly small and fresh company, Box isn’t afraid to take on some formidable competition and are impressively confident that there is room for a third player in… 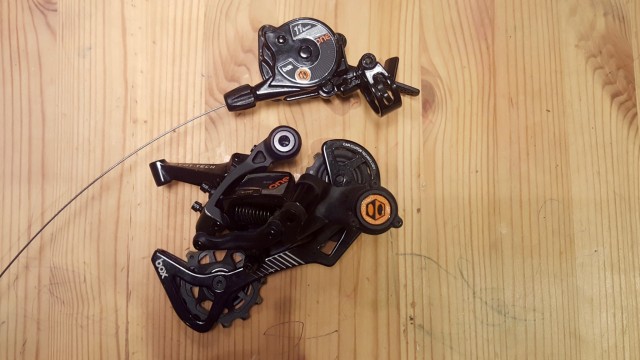 Choice. Choice can only be a good thing yeah? In the world of mountain bike drivetrains and derailleurs, we have a choice, just as long as it's one of two, and it starts with the letter S, but is that all? Surely we should be demanding more options for changing gears. It has been a long time coming, but Box…