Scott Swisspower’s Nino Schurter has reclaimed his series lead having won the third round of the XCO World Cup in Nove Mesto, Czech Republic! Schurter, who also celebrated his 26th birthday on race day has now won two out of the three races this year. 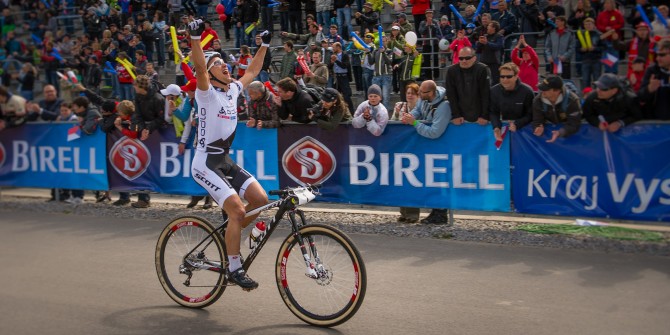 Specialized rider and local hero Jaroslav Kulhavy gave it his all and was leading for most of the race, keeping the large crowds happy, but was beaten to the finish line in the final stage of the race and finished just six seconds behind Schurter.

Ralph Näf had a fantastic race, starting on the fourth line, within minutes he had sprinted up to fifth place, where the Multivan Merida rider managed to stay, earning his first podium finish in two years! Reflecting on the race Näf said: “Although I had planned to do differently, I lacked a bit of self-confidence to take the lead in technical sections. Due to the accordion effect I lost some terrain and had to give chase repeatedly, which cost me some power.

“The fact that I still scored a top5 finish and thus step on the podium gives me an enormous mental boost. Ths success comes at the right time, right in the middle of the Olympic selection. With his fifth-place finish, Näf indeed has scored a substantial point in his favour. Teammate José Hermida had a less successful race, starting on the front row but falling back into 18th place just minutes later.  Hermida worked hard throughout the race and clawed his way up to a tenth place finish. 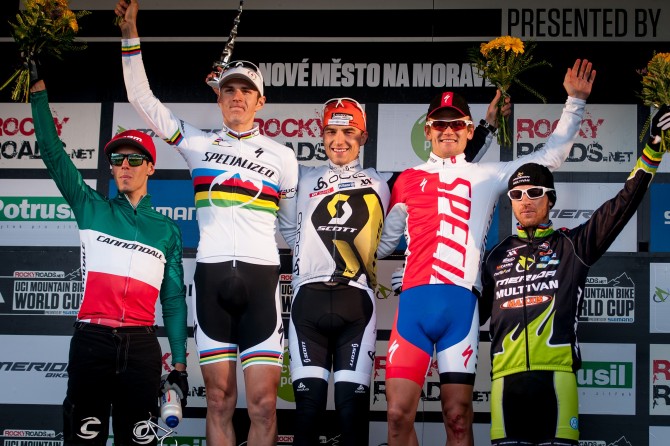 Double Olympic champion Julien Absalon had an off day. “I got sick on Wednesday and I didn’t have the power in my legs to continue,” he said after giving up the race. He crashed in the first lap and had to run in pain, so retired after the fourth lap. “I was really tired. Now I just want to save my energy and recover properly before the next World Cup round in La Bresse.”Despite not finishing the race, Absalon still remains in fifth place in the overall standings.

Testing With Lauf in Iceland