Check out the race report from the Exposure Relentless 24 race in Scotland, you can attack the event in pairs or if you are mad enough how about racing it alone, for 24 hours until your legs fall off!

For those who had travelled to Fort William on the Friday in advance of to this years Exposure Relentless 24, they could have been forgiven if dark thoughts were going through their mind during the small hours of the morning as the wind and rain battered the car park at Nevis range. When the race promoters, No Fuss, arrived on site at just after 0600 there were some interestingly placed easy ups around the car park and high in the trees. 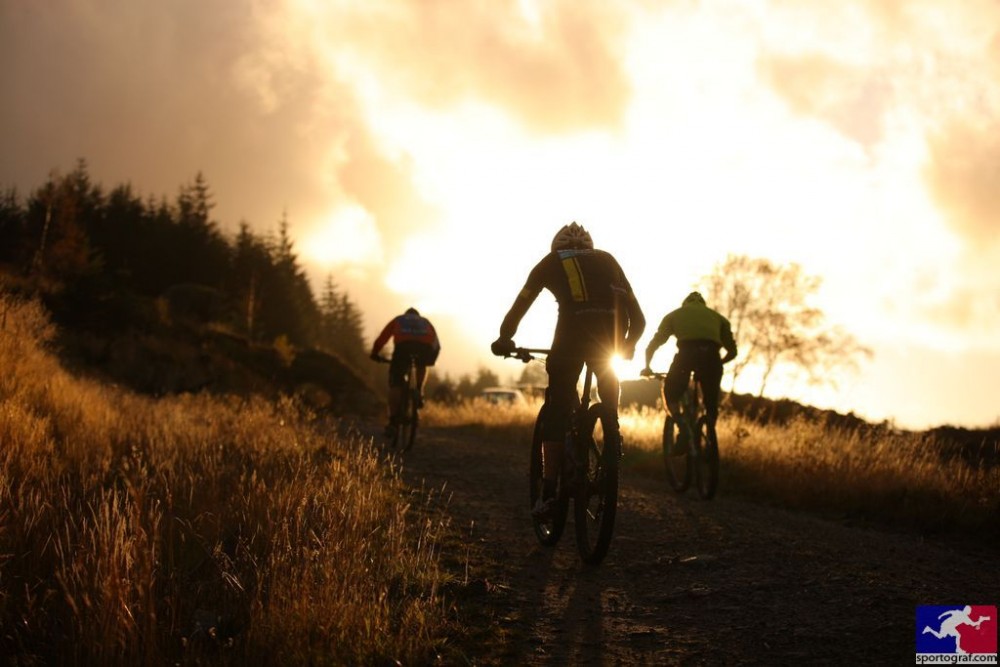 Heading off into the sunset!

Throughout the morning as the race nerves were starting to set in, there was a lot of internet checking, double checking and checking again, every forecast was saying the same warm dry and still from late morning onwards. Sure enough it did exactly that, by the time the race started at 1200 the sky was clearing, the wind had dropped and the temperature although not tropical was at least mild.

Spook Munro from No Fuss “There is always something to worry about, fortunately for us the weather wasn’t one of them this year. We enjoy Relentless 24, we are delighted that Exposure continue to support the race, it’s a pleasure to work with them and we look forward to catching up with them each year at the race.” 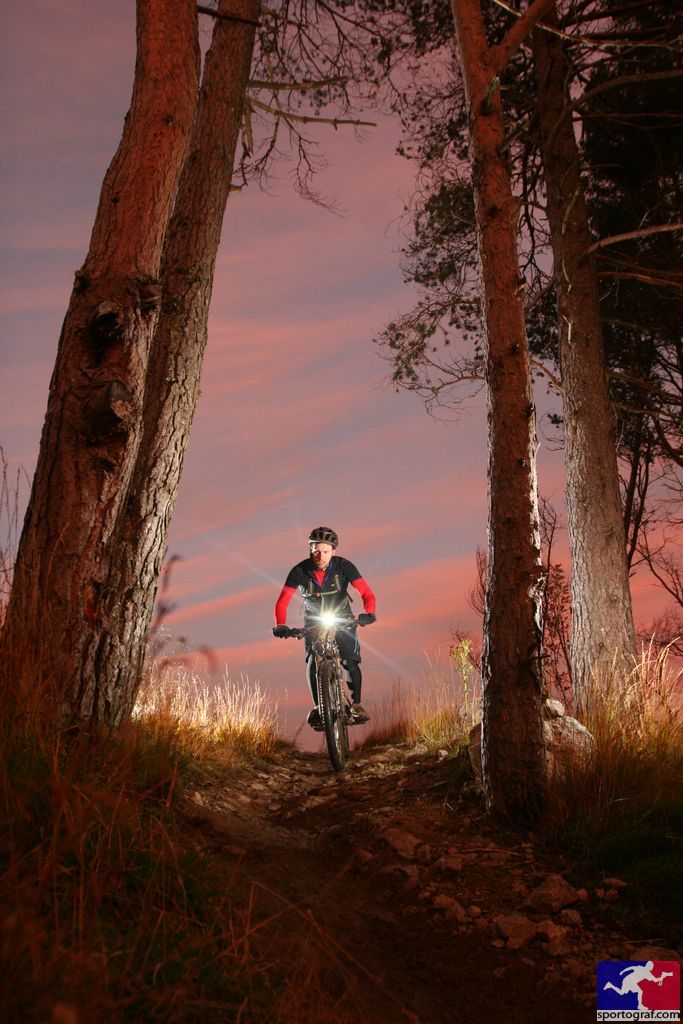 When the sun goes down the lights come on!

The 2015 course was on the whole quite similar to the course used for the WEMBO world champs in 2014 minus a few climbs and a few short sharp climbs introduced just for good measure. All in all the course seemed to be well received and stood up well for the duration of the race. The layout of the track meant that nearly every solo and team had trackside parking which worked exceptionally well. 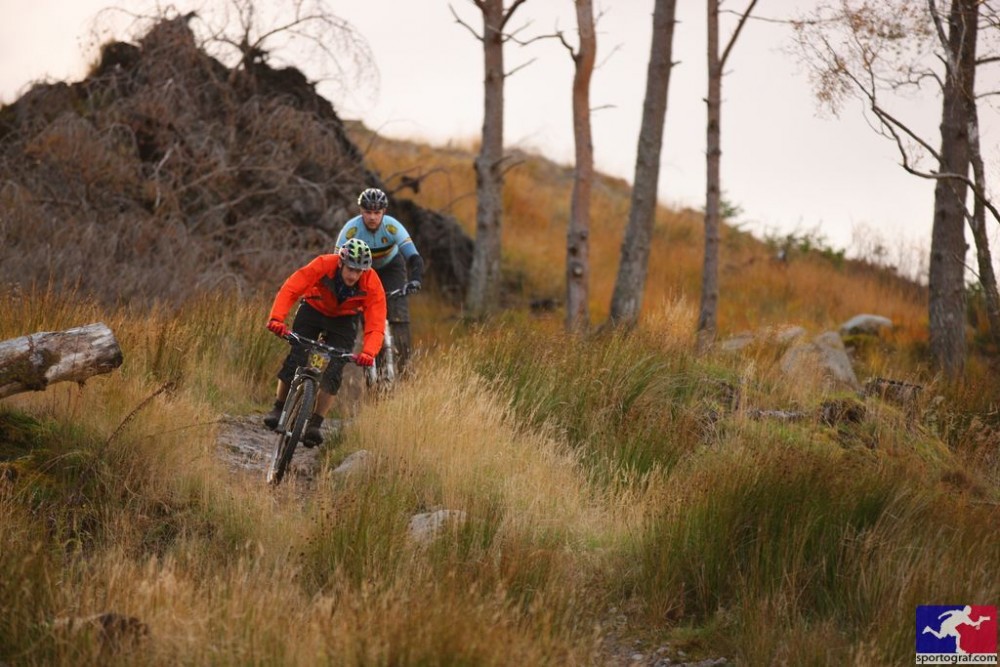 There are some amazing trails in Scotland!

The race start was a rolling start with the motorbike marshals leading the the field off into Leanachan forest and slowly building up the speed. The figure of eight course allowed the crews and spectators to see lots of the race around the arena, James Shirley was the first rider to appear back, riding for the Glencroft Rabble they made an early statement that they wanted to be crowned the UK’s Champion Quad 24 Team.

There is a real feeling of growth in the 24hr racing scene at the moment and nowhere more so than in the solo category with over 130 solo riders taking part this year. Peter Nadin took the overall solo title with an incredible 28 laps (280km), an incredible and consistent performance throughout the 24hr 13mins and 13 seconds of riding. The winning pairs team, Team Sponsors Nightmare completed 33 laps and the Glencroft Rabble completed an outstanding 36 laps. 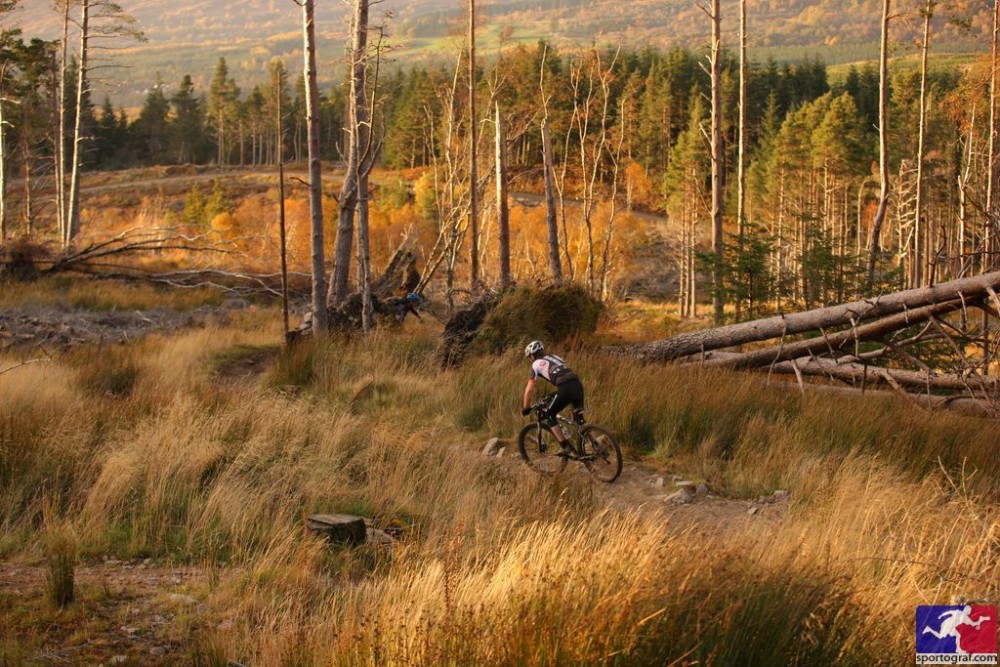 The race is growing in popularity, see if you can get a place next year!

Frazer Coupland from No Fuss said “This is always one of the most enjoyable events, we have marshals who have, over the years perfected their camps, with music, light and warmth. The fact that the Pinemartin café stays open for the 24hrs is perfect for pit crews and riders alike. There is also such a great selection of trails in the forest that you could set a new course every week and not get bored”

Full results are on the Sportident website and for information on next years race please visit the all new http://www.nofussevents.co.uk website.