Andorra based Commencal have already created an impressive Meta V4 line up, and not ones to rest on their laurels have added two new limited edition versions to the mix. The ‘Race Brushed’ model sports higher spec, and, of course, price tag. The ‘Ride’ edition we have here, still comes dressed in some fine attire though!

It features the same tried and tested triple butted hydroformed 6066 aluminium frame as the rest of the Meta V4 arsenal, which not only looks hot but is a beautiful piece of engineering. Commencal love aluminium and put all their efforts into making it right for the job. The frame is carefully built, heat treated and shot pinned to offer incredible durability, and comes equipped with a set of angles that has made this chassis a renowned descending machine.

A steep 74-degree seat tube, a top tube reaching 618mm and a 66-degree head angle (these are figures from the size Large tested) keep things contemporary for a no-nonsense enduro machine that can pedal you up the hill before really enjoying the downs. Combine this with a longer travel 170mm Rock Shox Yari fork over the usual 160mm up front, and you can clearly see the intentions of this bike. 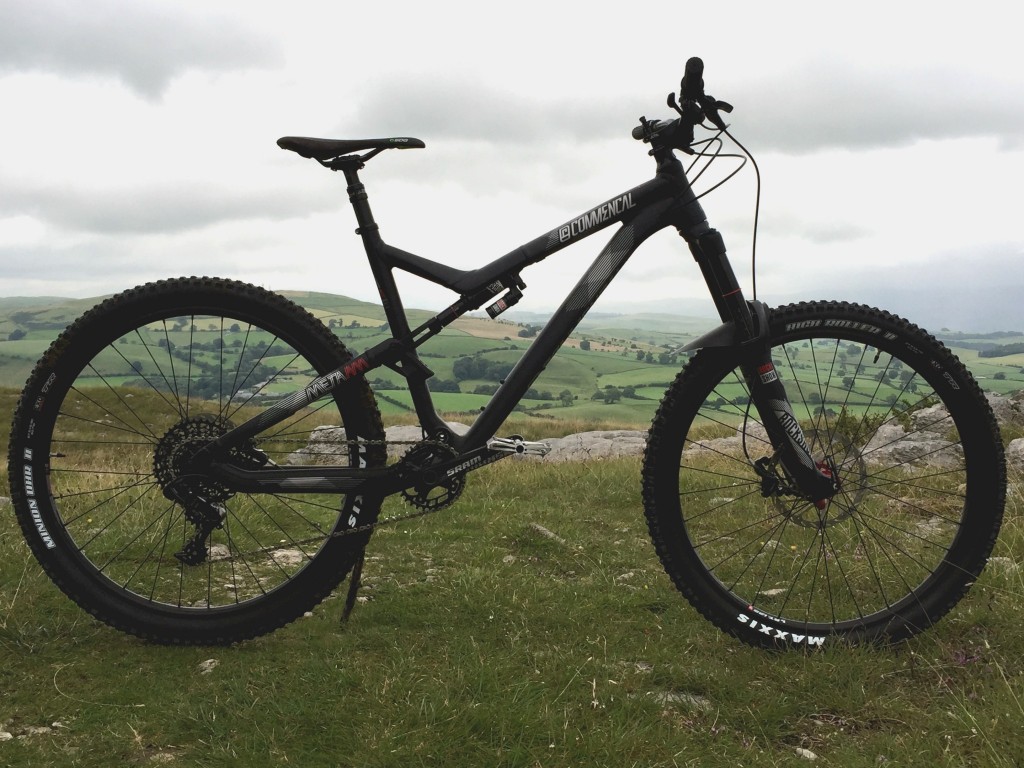 A Rock Shox Monarch Plus shock is neatly tucked inside a hollow under the top tube, which keeps things looking tidy, and allows easy access for the rider to fiddle with it, although at this spec, rebound adjust is all you get to play with. The recess under the top tube means there is lots of space to fit a shock with even the biggest piggyback reservoir.

The rest of the components have been chosen to allow a world-class ride at a very affordable price. A reliable SRAM 1x11 drivetrain keeps things moving, and the SRAM DB5 Brakes are there to slow you down. It rolls along on a set of WTB STP i25 rims, which are laced to some swanky red Novatec hubs and dressed in a pair of Maxxis High Roller 2’s (EXO) tyres. Commencal's Alpha brand is dotted around and provide the stem, bars, headset and saddle while the dropper post is a KS Lev Integra with 125mm of drop.

The testing of this stealthy steed coincided nicely with a trip to Morzine, so I decided to go with its reputation as a reliable descending machine and gamble that the bike would do me just fine for the trip. On arrival, I jumped in the bubble car and headed straight for some of the steep off-piste that Le Pleney has to offer. First run down, and I was really impressed with how the bike felt on the gnarly stuff. 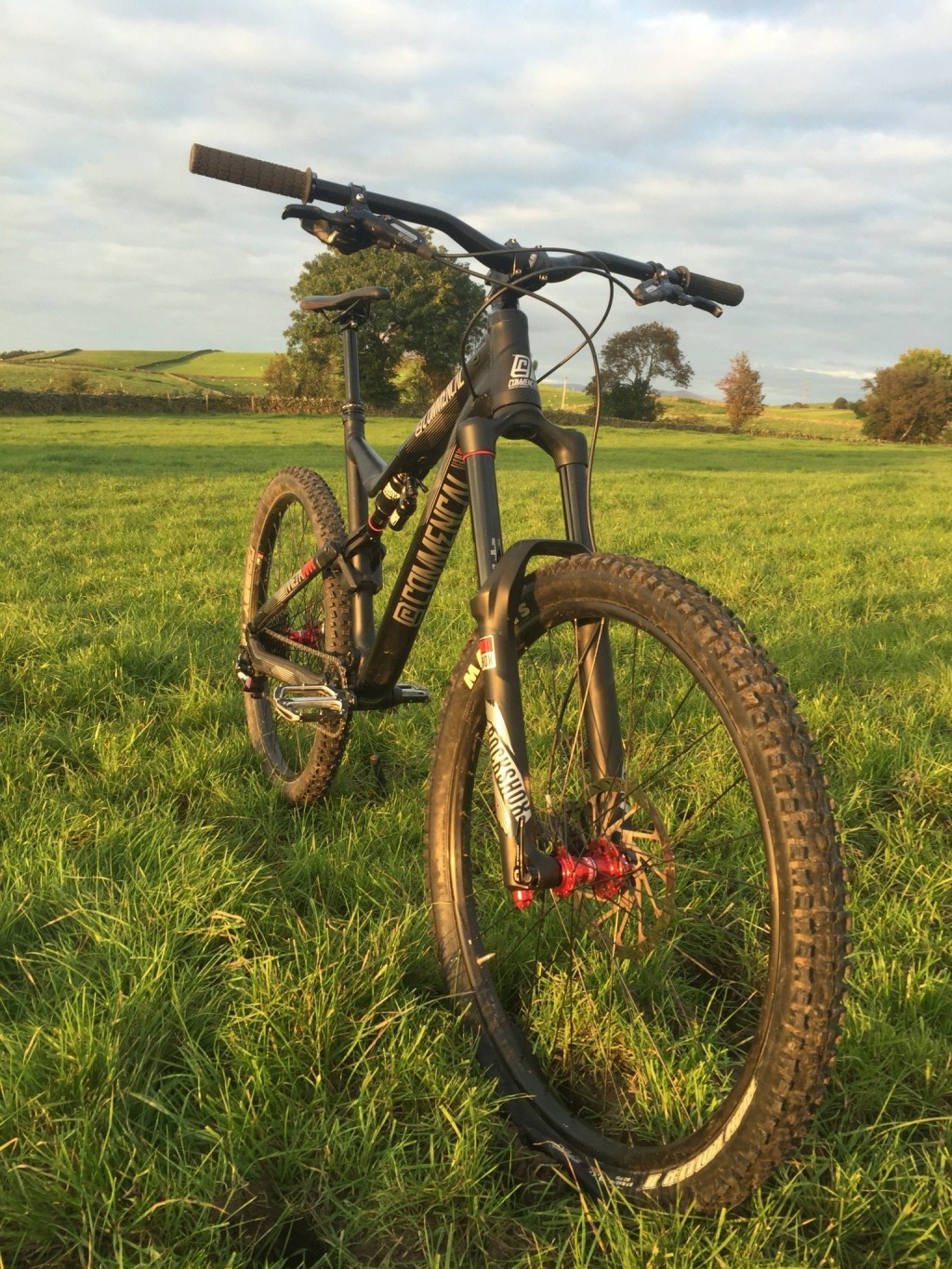 The solid Yari up front

It quickly instilled the confidence required to have a go at anything and hop into unknown terrain blind. The 170 Rock Shox Yari’s were eager to eat everything that could be thrown towards them while the Rock Shox Monarch Plus R Shock consistently skipped through its full 150mm range without letting me know it was being pushed to its absolute limits. The suspension set up on this bike is exceedingly capable and where descending is concerned this bike is on point.

Like any relationship, the more time you spend together, the more you begin to understand how to make the other half tick. And when you spend all day every day bombing down hills on a bike, you soon work out how to best ride it. The contact linkage system used on the V4 is a simple seat stay-driven rocker link, which like any similar system or single-pivot design, works best when you stay away from heavy breaking and let the rear end get to work.

This is easier said than done particularly on the steep stuff but once you’ve sussed it, that’s when you can start to really unlock the potential of this bike. I initially thought that having 170mm of travel up front and 150 at the rear would be an imbalance. It works really well and is a testament to how clued up the guys in Andorra really are; they know how to build a bike everyone will love to ride hard. 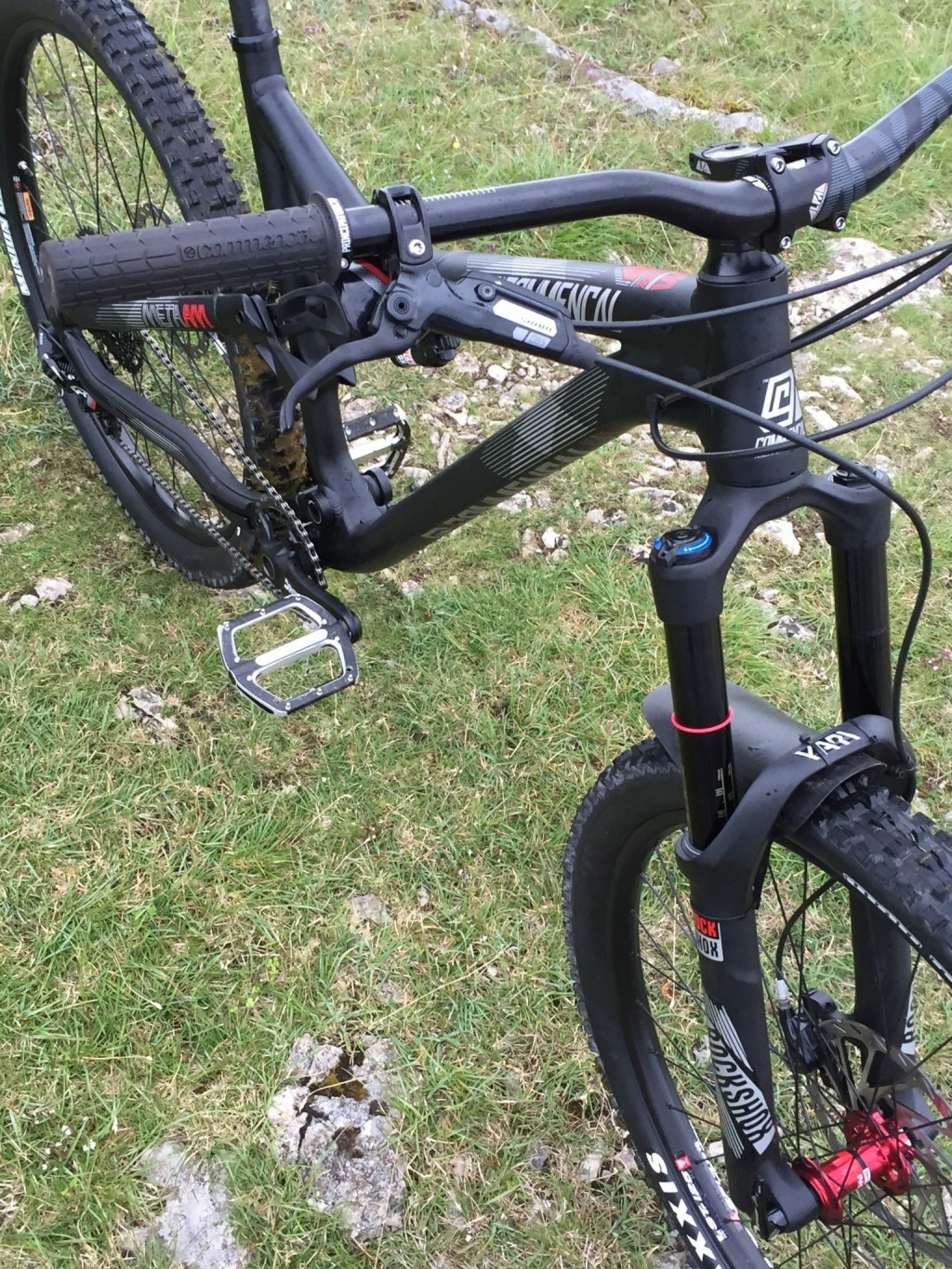 A mix of Sram and Ride Alpha kit

This linkage system works in harmony with the long wheelbase and encourages you to push harder in the corners every time, ever searching for its limits, which as far as confidence building goes is top class. It is fair to say then, that the Meta AM V4 Ride 650B Edition Black not only has a really long name but is a fantastic bike for descending and provides the rider with endless fun and bundles of confidence to push harder than they may have done previously.

Eventually, I had to give in and take the bike out on a ride that didn’t involve an uplift. For a bike with so much travel up front and weighing in at just over 14kg I was pretty impressed with the way it rode uphill. However, with the rear shock only having rebound adjust it meant that things could feel a little sluggish and the front end did wonder a little. A rear shock with more than one setting could have prevented this issue, such as the Rockshox Monarch Plus Debonair, which they have put on the better kitted out ‘Race Brushed’ edition. This would allow you to stiffen the rear up just enough so that the front wheel would find the task of staying direct and grounded a whole load easier.

That said with good technique and a bit of effort the bike climbs exceedingly well for a 170mm front end machine. You just have to be prepared to shift your weight a bit and really knuckle down when it gets steep. Considering the price and spec of this bike though you still get an awful lot for your money! I was impressed with the SRAM kit; the DB5 brakes didn’t skip a beat throughout testing and kept consistently good stopping power even on the longer alpine descents. Likewise, the drivetrain was faultless providing consistently crisp gear changes. All in all a very capable bike for the price and package offered! 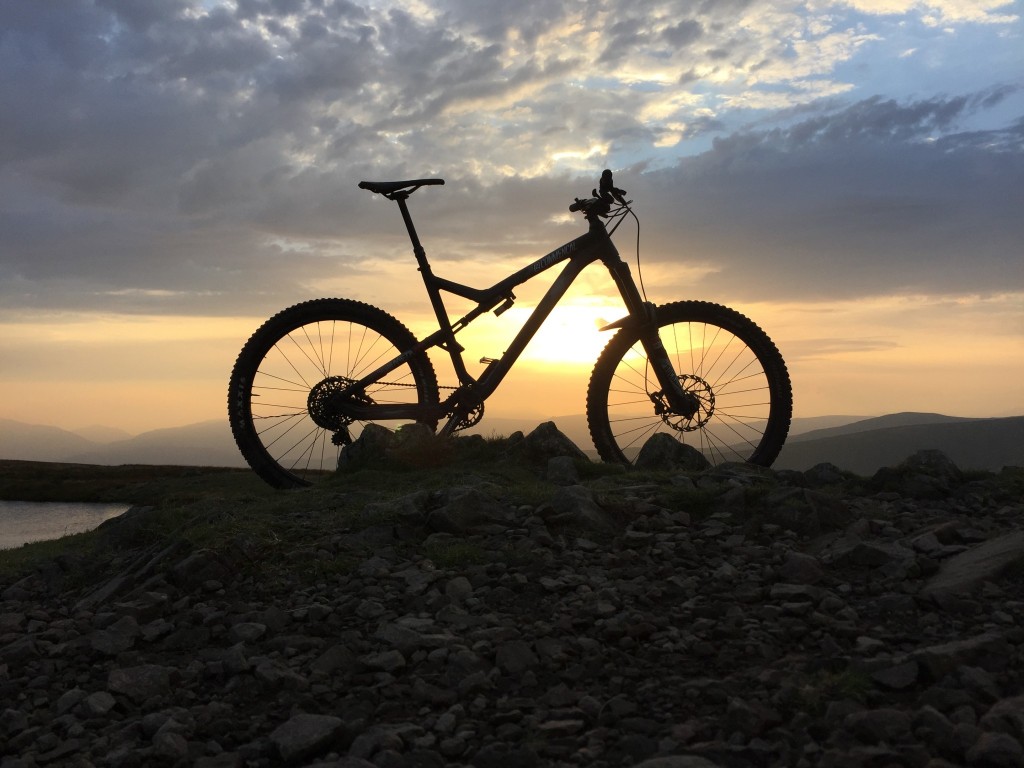 A bike that wants you to ride till sunset

Commencal say that “an enduro bike is a downhill bike that knows how to climb”, and this is what they have achieved with this bike. It is not the lightest bike and certainly doesn’t pedal as well as some of the other enduro bikes on the market, but what it lacks in pedalling prowess it more than makes up for in the descending department. A seriously well-built and durable frameset kitted out with a list of components good enough for anyone that wants a hard-hitting enduro bike at an affordable price. If you can stretch your cash a little more then the ‘Race Brushed’ edition, which comes with higher quality forks, shock and wheels, is definitely worth a look too! 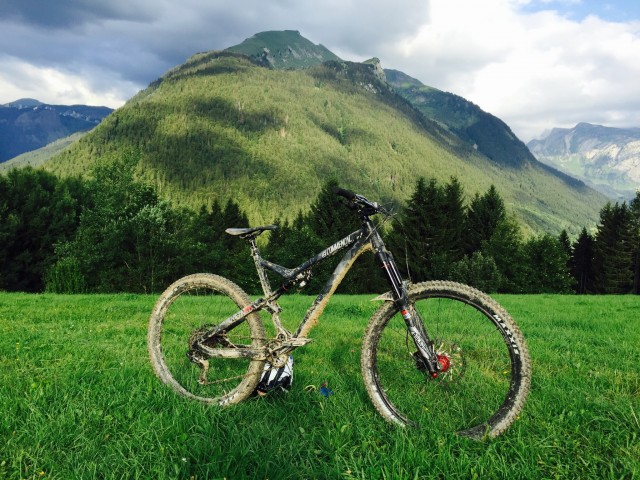 The Meta in it's natural habitat 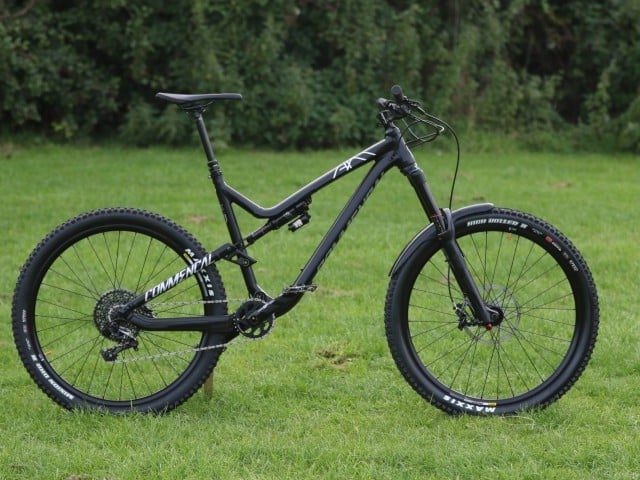 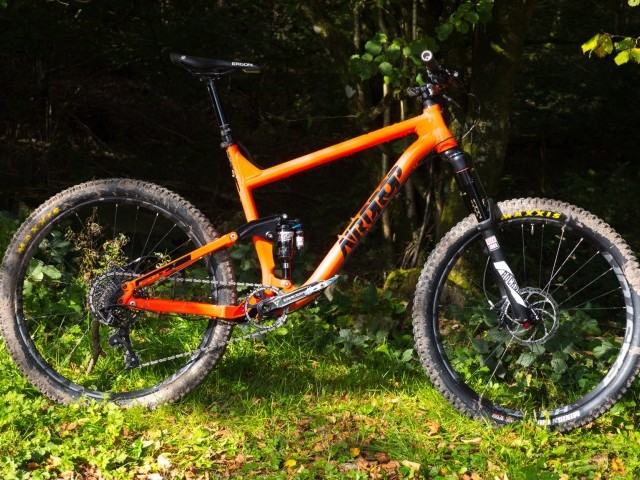 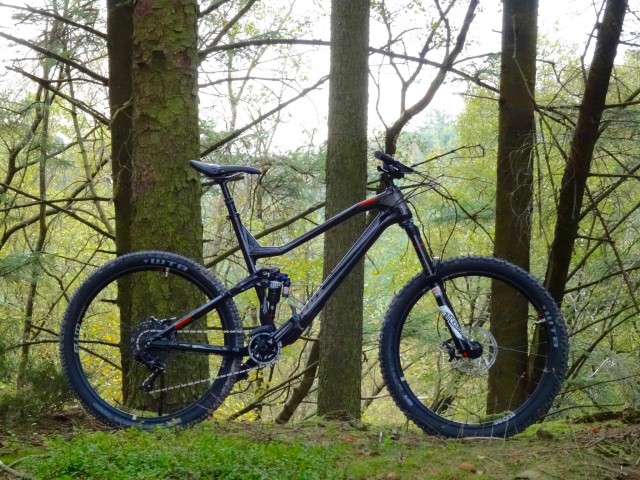 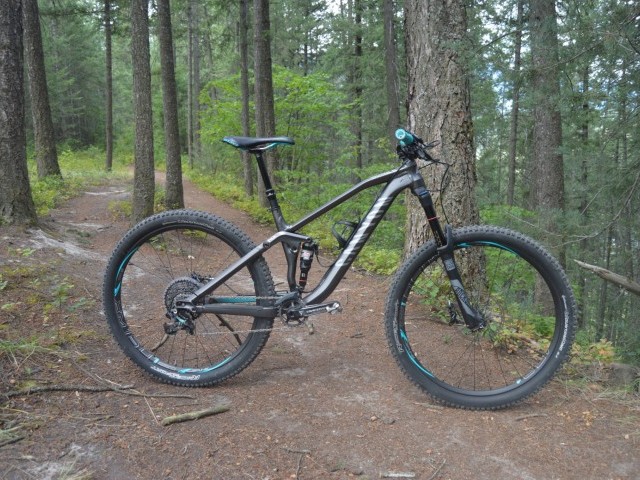 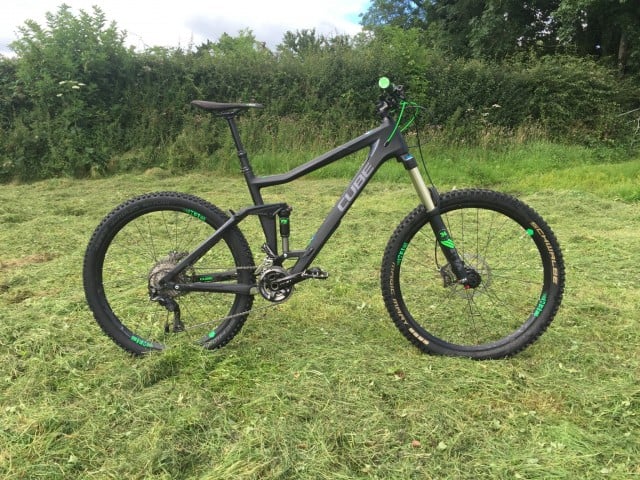 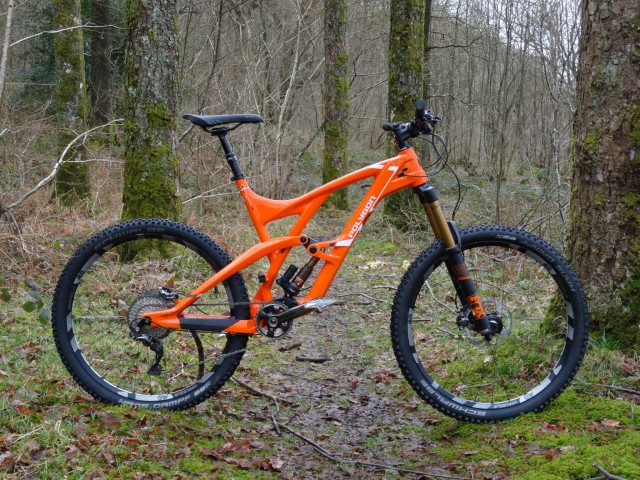 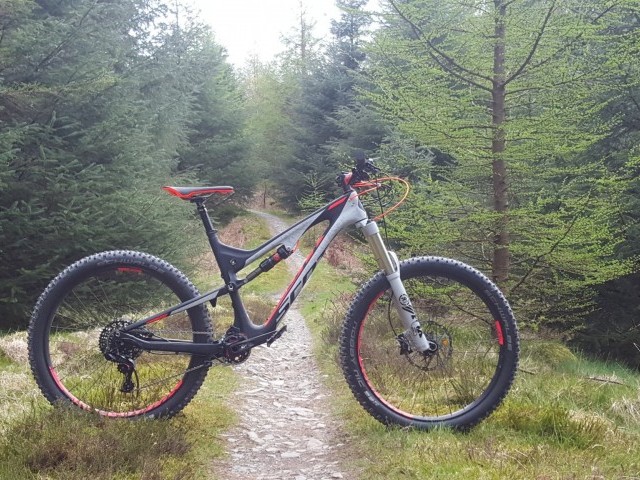 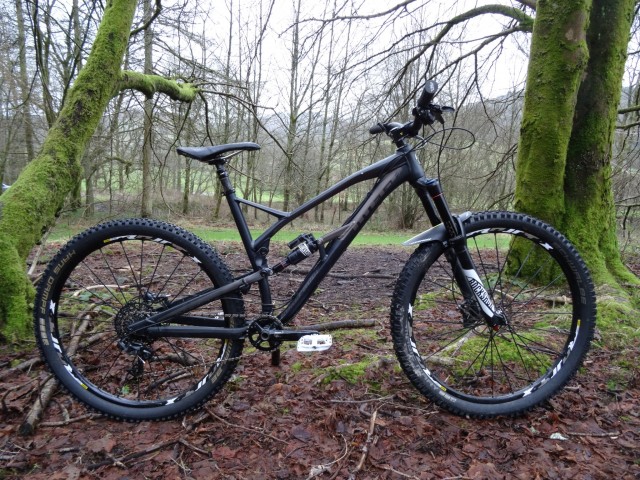 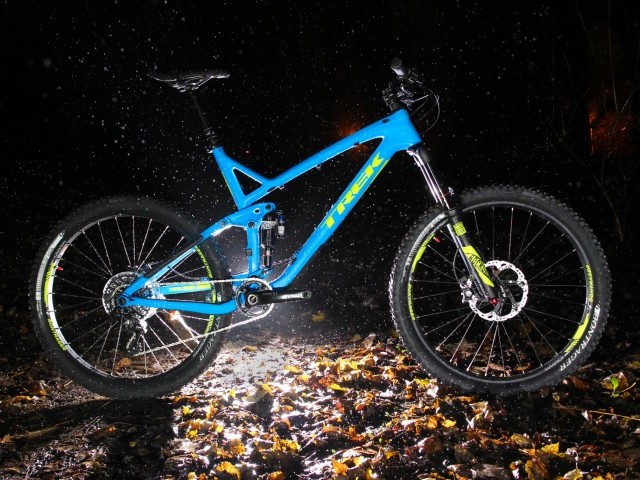 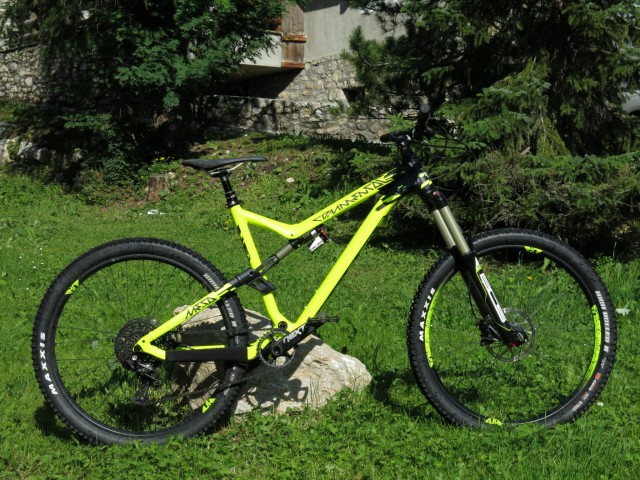 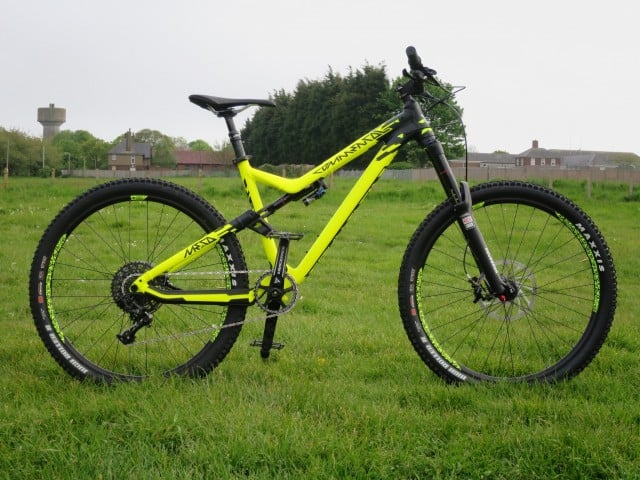 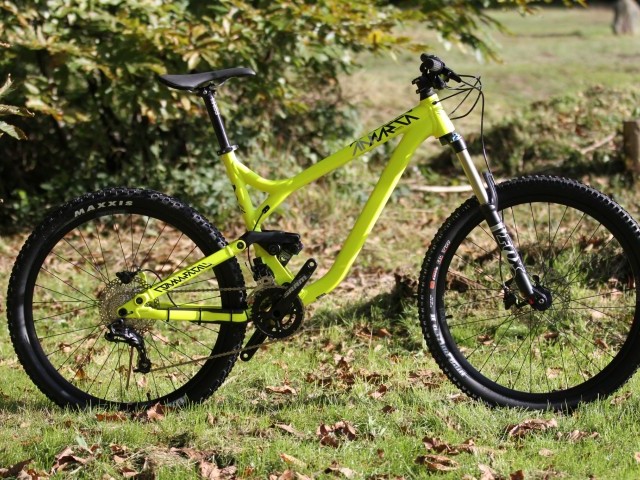 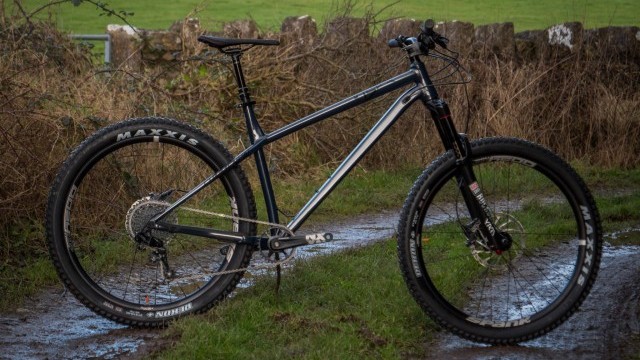 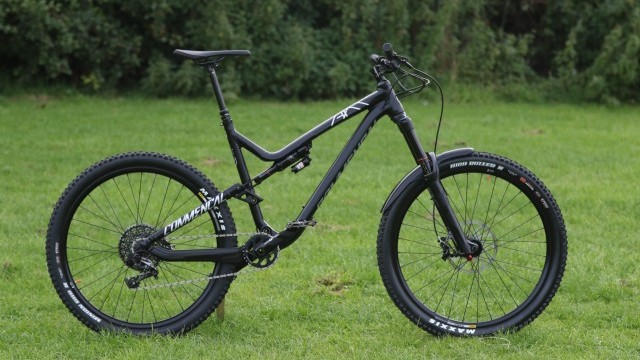 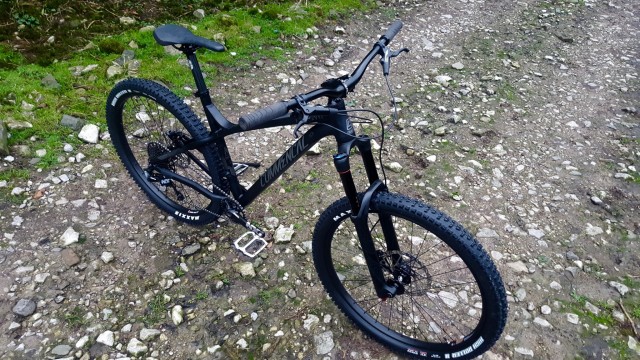 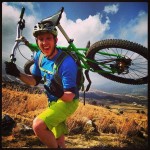