Nicolai have been around for about 15 years now and they have made a name for themselves by producing some rather exquisite bikes at their factory in Germany. A large range of bikes are available in a bewildering assortment of colours and finishes. In fact Nicolai makes each frame as it is ordered and will even make it to your own spec… within reason. Our test bike was a Helius CC, first impressions were that it is extremely well made, very purposeful and a little understated.

Attention to detail, beautiful welds and a lovely black anodised finish all added up and we were quick frankly aching to get it out on the trail.

As with many of the bikes in the Helius range the CC has adjustable travel via mounting the shock at different points on the shock lever plate. Unlike the rest of the range this does change the bikes geometry. With travel settings of 88mm, 102mm, 116mm and 129mm you get a bike that can be run as either a short travel racer or a full blown trail rig. 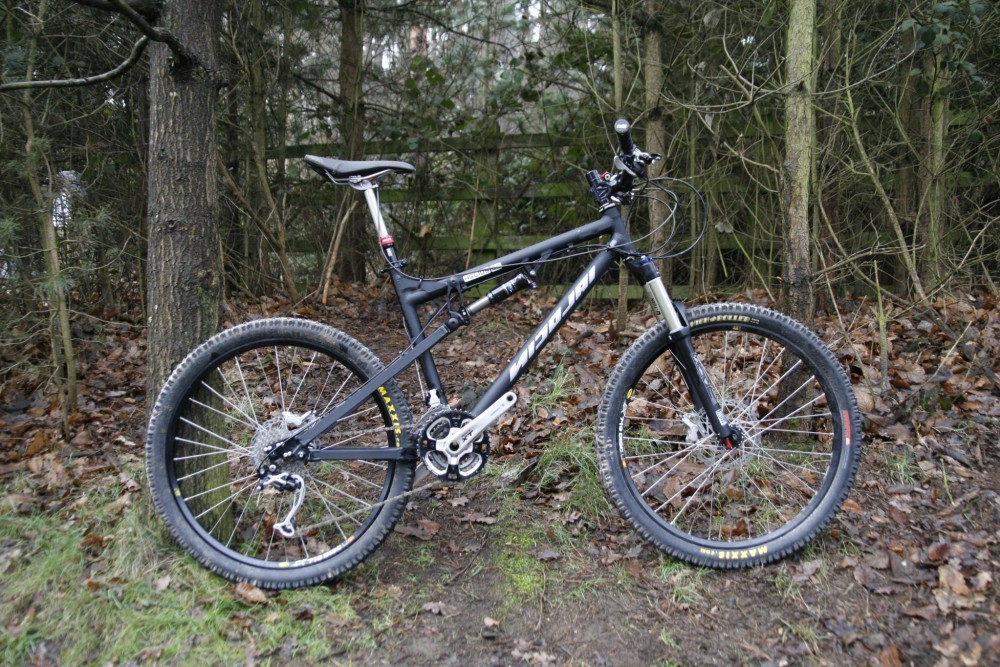 Nicolai utilise a horst link suspension system, believing it to be the best for the kind of ride they are looking to create.

The CC has Nicolai’s trademark frameset with round tubes at the front and box section at the rear, giving a look of solidity and stiffness.

New frame orders have a few cosmetic differences from the bike we tested, the seat tube gusset is now machined and cable guides now bolt onto the down tube rather than running under the top tube. However, the geometry is identical. 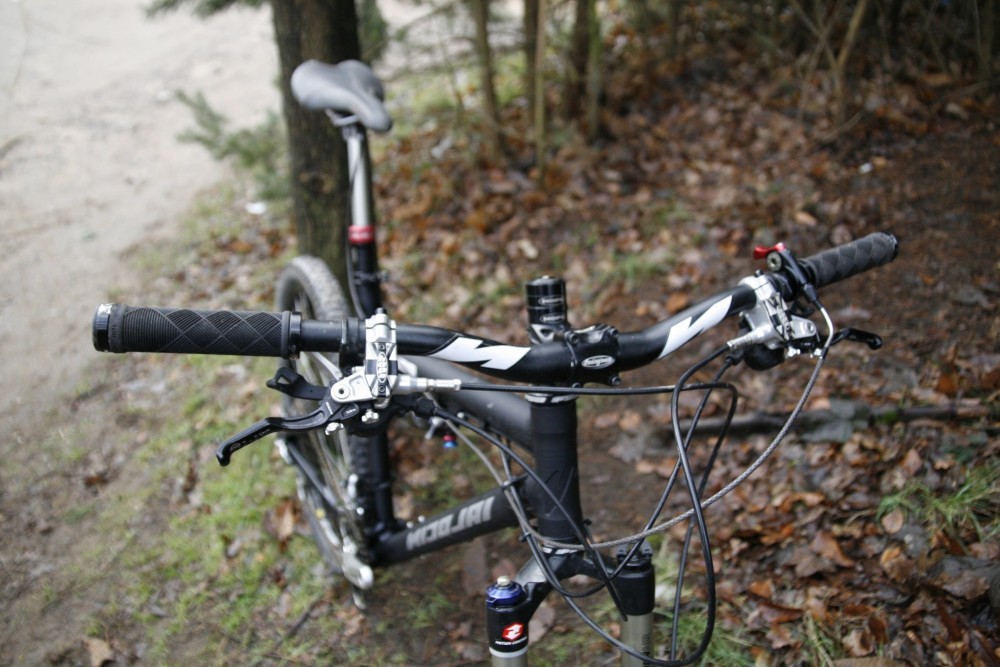 The geometry figures given are for the bike set at maximum travel and a typical length 120mm fork, though the bike can be ran with forks between 100mm and 140mm. It is all about choice and flexibility with the CC.

Our bike was kitted out with a Rock Shox 130mm U turn Revelation forks, Fox RP23BV rear shock with the shifting being taken care of by Shimano XT kit throughout. Stopping power was supplied by Hope X2 brakes while the wheels are shod with Maxxis Highrollers. A Nicolai bar and stem look after the important business of steering and the bike came fitted with a Thompson seat post and SDG BelAir saddle, though these came off to allow us to run a dropper seat post for reasons we will come to soon. 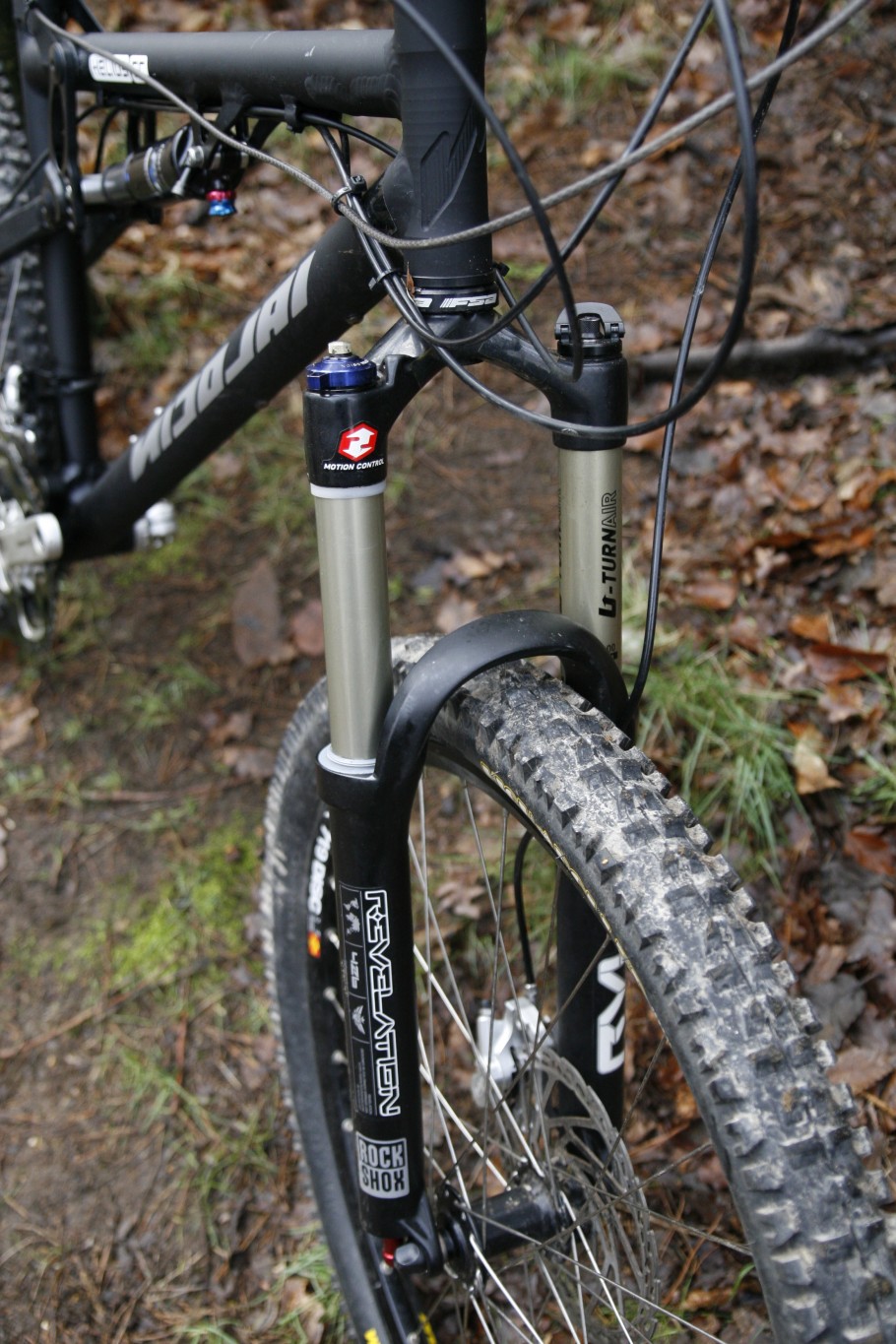 Our medium size test bike weighed in at 27.8lbs without pedals on our scales.

The frame is priced at £1750 excluding the rear shock with a normal paint job, to get a similar build to the one we rode you’re looking at about £5000.

We had the bike set in the 116mm of rear wheel travel and set the fork at 120mm. 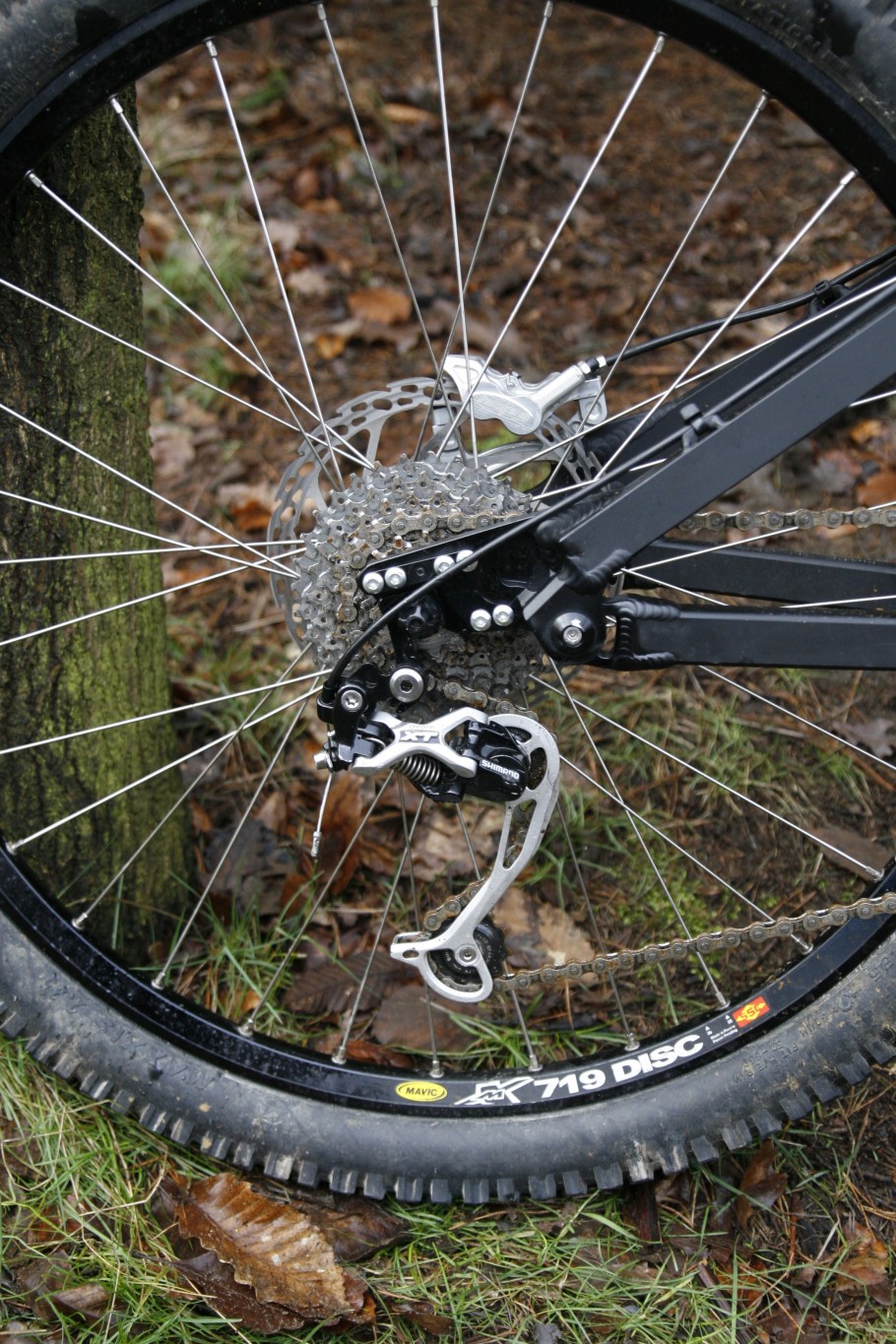 It really didn’t take long to realise that Nicolai know what they are doing….

The CC fairly scampered up the first climb finding traction aplenty as we headed up over roots and rain gulley’s. The steep seat tube angle was ideal for finding the balance point between keeping the front end down and not slipping or kicking out at the rear. The suspension just smoothed out the square edges and made getting up some very testing sections rather easy.

When it came to making my way up truly epic ascents I did wind the fork down to 100mm via the u turn feature and this meant I cleared some root infested ups that had eluded me throughout the winter.

I even got to the point on the CC where I was looking for climbs to challenge me, the steeper and more difficult the better… surely the madness had set in!!

It is when riding those wonderful bits of trail that undulate along the hill side that the CC really made its way into my heart.

It really does have a contagious enthusiasm and lively feel that translates into high speeds, it is nothing short of a joy to flick it through corners and manual off lips, roots and anything else you can find.

When it came to dropping into steeper sections it was an advantage to have the fork extended to the 130mm position, it was not so much for the extra travel but more to relax the head angle. This may well be a mental thing as much as a physical one but the CC did have the slightest tendency to try and tuck in when hitting compressions whilst dropping down steep sections. Whenever this happened we recovered before being thrown but it could be a little disconcerting.

So what is good about the CC…. build quality, attention to detail, custom options and multiple travel options all stand the CC in good stead.

The Rock Shox Revelation with the u turn is a great match for this bike and really allows you to use the bike in its variety of guises.

The outstanding thing about the Nicolai is the ride… it actually made we want to go out in the mud and the rain and look for gnarly climbs and trails to test both the bike and myself on, so much so that I ended up putting a dropper seat post on so that I could tackle my favourite downs which I normally reserve for the more hardcore bikes on the market.

One of the first things that springs to mind is cost, at £1750 for the frame excluding shock and with standard paint finish there is no way it can be claimed that the CC is cheap, that is not to say it is not good value, you do get a beautifully handcrafted piece of engineering for your money.

With regards how the bike rides the only small criticism would be that the front can tuck in slightly but this is part of what makes the ride so pin sharp and once I was used to the bike that issue soon disappeared.

Buying a Nicolai is a bit different to buying a mainstream manufacturers bike. There will not be a new model out next year and you decide pretty much everything about your bike, even playing with geometry etc if it is within the bounds that Nicolai will allow.

So buying a Nicolai is a long term thing and they do arouse passion in the people that own them.

As for the CC it is a versatile bike that rides with such speed and agility it will make you smile every time you ride it.

Testing this bike has left me in a quandary as I do not really have the money for one but… I just want one.

This review was in Issue 10 of IMB. 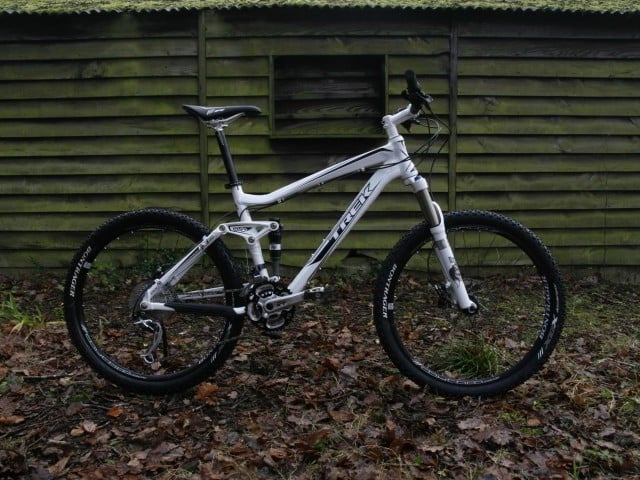 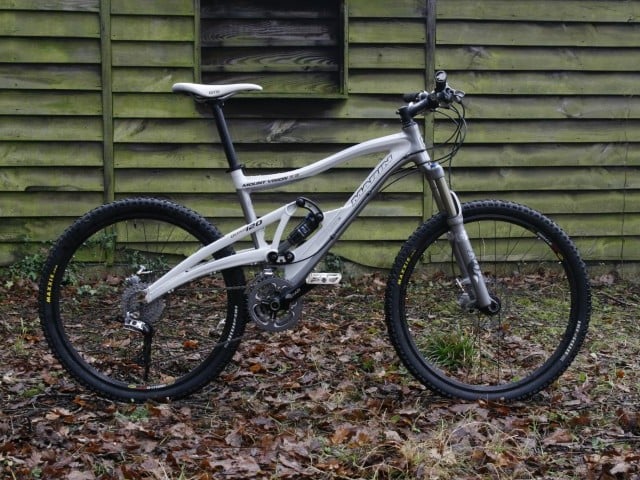 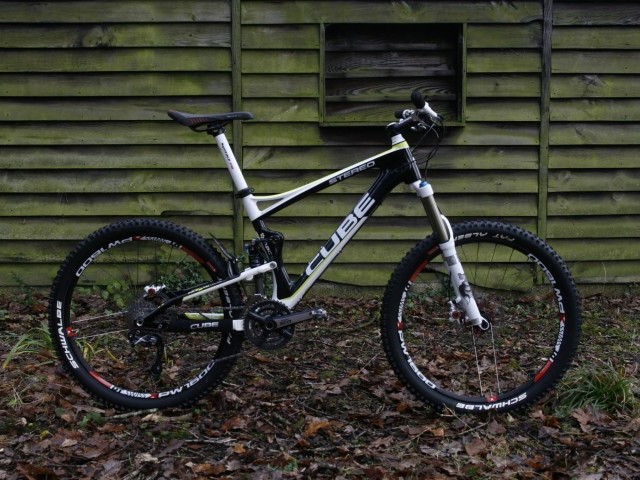 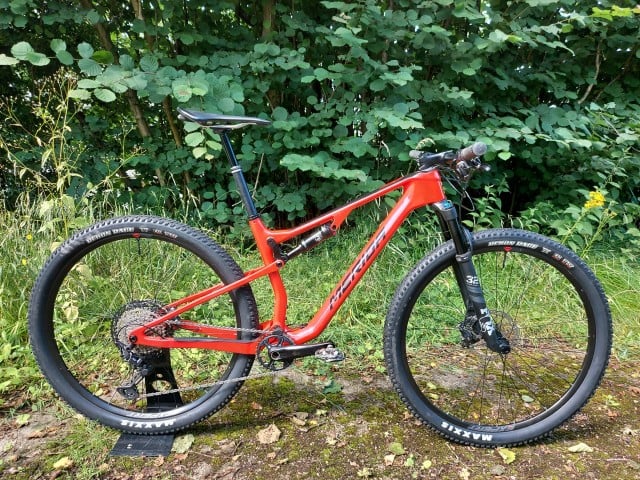 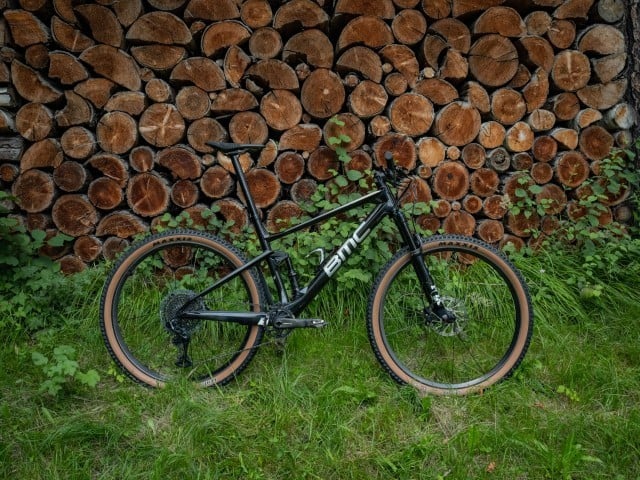 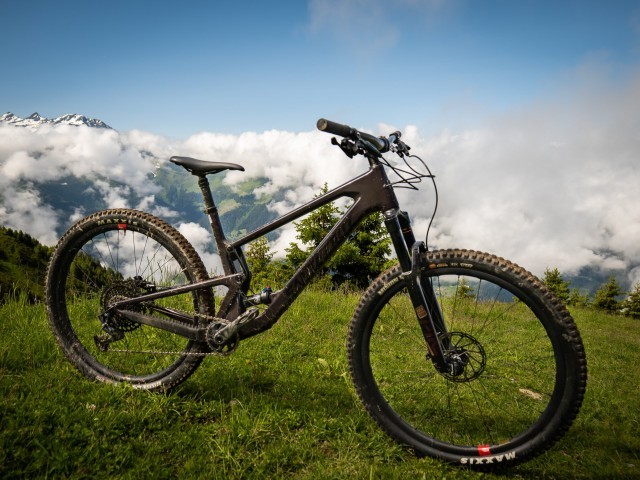 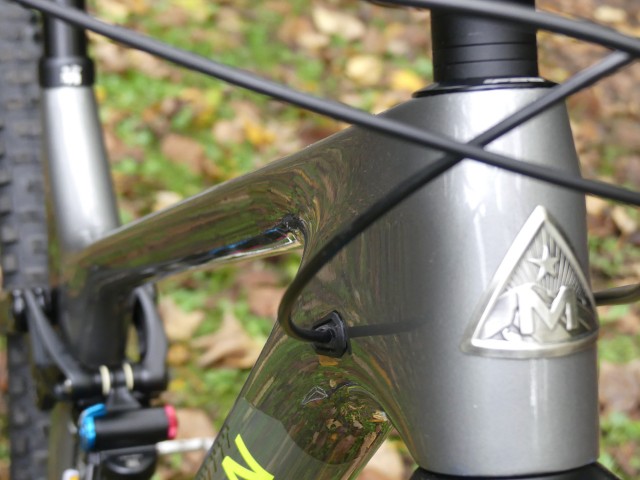 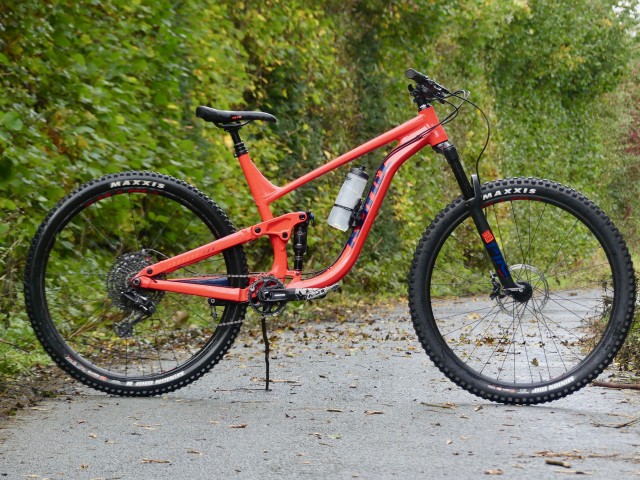 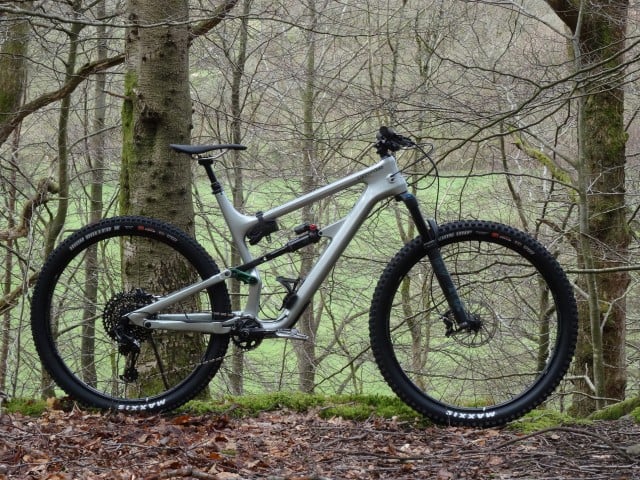 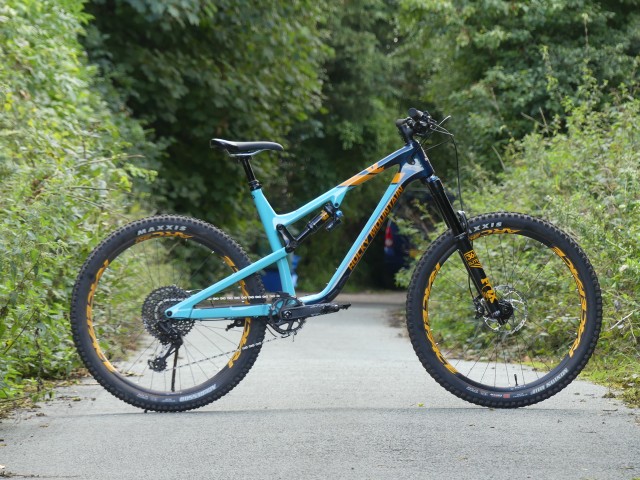 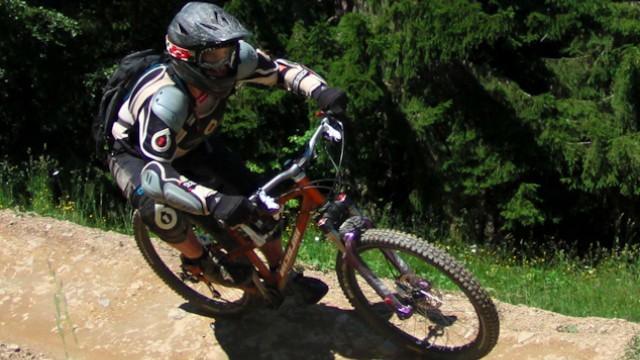 Having enjoyed testing the Nicolai CC so much in a previous test there was a buzz of expectation at the thought of getting our hands on the CC’s big brother, Nicolai’s highly regarded AM. The bike was to spend a couple of weeks with us in the Alps, at the end of which it was going to be put through…