SELVA, Formula's newest addition to their suspension fork range, is aimed at the 'All Mountain' or dare I say it ‘Enduro’ category of mountain biking.

The Formula range of suspension forks has rapidly expanded in the last two years. This fork is effectively a boosted version of their existing fork, the 35, with a few added treats! I was lucky enough to test the 35 back in issue 46 so when the chance came up to try out its boosted brother, I jumped at the chance.

With a 160mm as the standard for 29er, but with internally adjustable travel I grabbed a set for my 29er along with some spacers with the intention of knocking them down to 120mm. The Selva weighs in at just under two kilograms so aren’t out of place bolted up front on my short travel everyday bike. 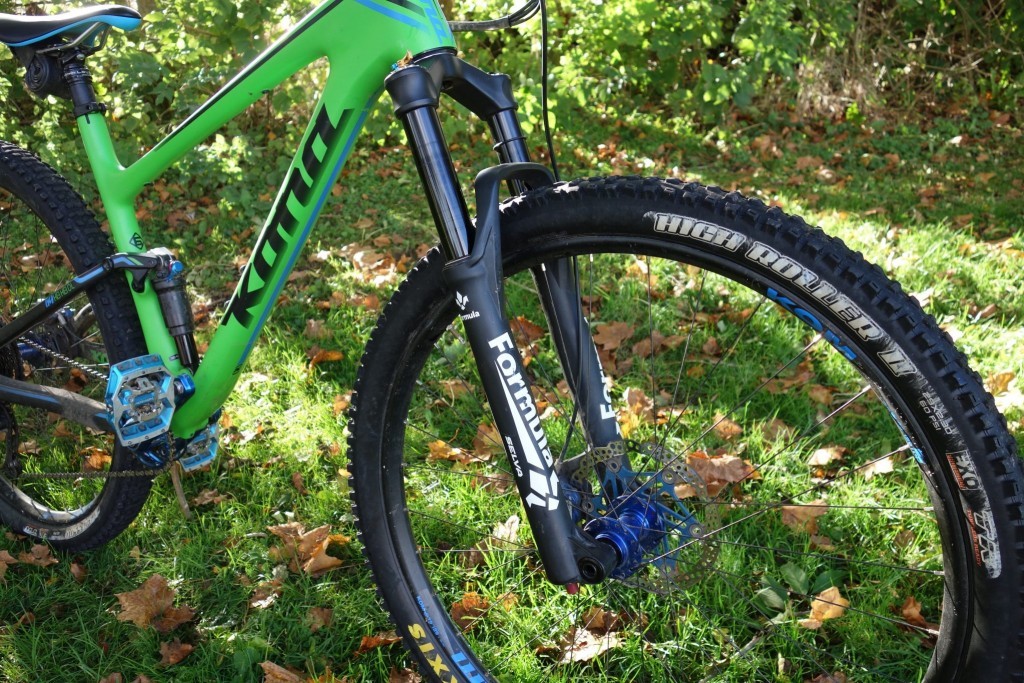 With any new fork, the first time I go to pull them into bits is an exciting time! I was pleased to find the lowers are off in a matter of seconds using a 5mm hex key. Fitting the spacers was a doddle and much like Fox, but with the added security of a small lip to hold them in place.

Set up was easy for these as I already had a good idea of what I wanted from them and the dials haven’t gone anywhere since I reviewed the 35.

Being a boost-specific fork, they require a 110mm spaced front hub. Boost was designed with the aim to add strength in the wheel, allowing more space and the ability to use wheels with similar length spokes (or the same) on both sides. 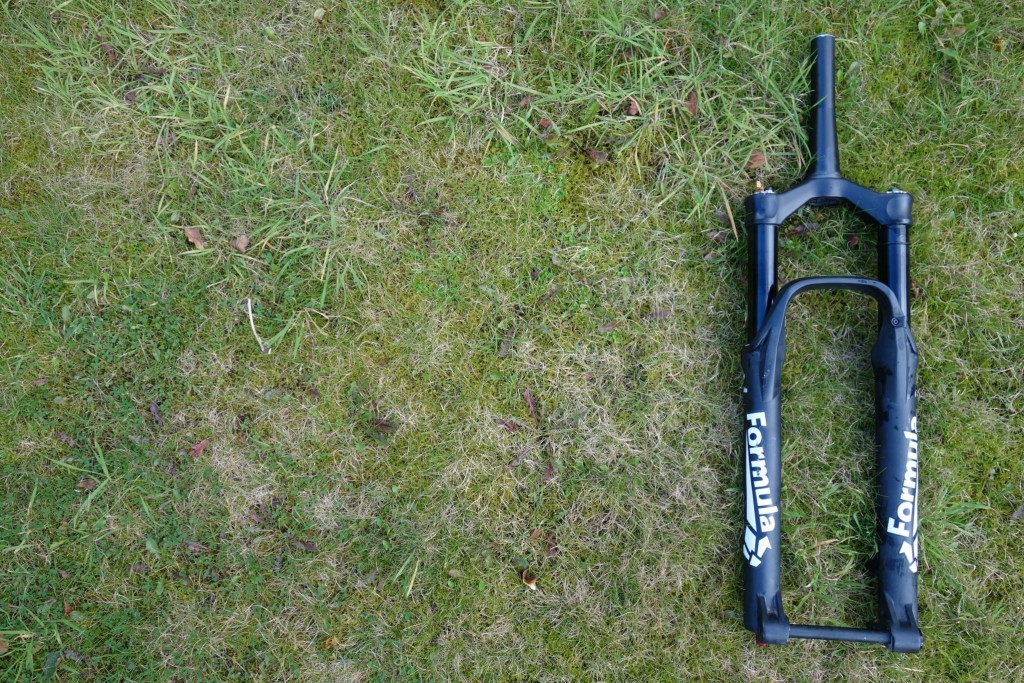 The SELVA has a simple, bolted axle set up which is removable with a handy detachable lever they supply; you can also remove the axle with a 5mm hex key.

The SELVA is mostly just a bigger chassis than the 35 with a feature they have called HEX; essentially the fork has a hexagonal bulge in the lower leg which gives just the right amount of lower leg stiffness without completely overbuilding them and losing their lightweight charm. It's also worth knowing the SELVA is around 200g heavier than its non-boosted brother the 35.

There is plenty of adjustment, and the Selva offers every setup tune you could wish for, there are 21 clicks of rebound, 12 clicks of compression, adjustable air volume, lockout and threshold.

And from the back

The CTS system is the most exciting part of the fork for me; Formula offers seven different valves, which change the compression characteristics of the fork that can be removed and swapped in a few minutes. They are available aftermarket, but Formula was kind enough to send the forks out with a few for me to try.

For me, weighing in at 85kg, that ruled out some of the softer valves especially given my aggressive riding style, but I was able to have a really good play with the firmer valves. After testing I found the Special Firm valve had everything covered, the low speed is really ramped up, which is great! This worked great as I like to run my forks 5-10% softer than recommended, about 40% sag.

The result was that the forks didn’t wallow through their travel under my weight as they maybe should do given how soft they are. I like to reach full travel at least once every ride, especially given that I had these lowered to suit my bike - I really feal like I should make the most of the suspension I have!

With this in mind, I added some volume into my air chamber; I love this feature from Formula, you simply change the volume in the air cartridge by adding or subtracting oil, they recommend anything from 5cc to 25cc with the air pressure decreasing as oil is added. With 25cc of oil being the highest and giving the fork the most progressive ramp up I put in a little under 20cc so I can still reach full travel.

With all these adjustments I'd recommend isolating any adjustments then making notes, so you don’t forget. It's no good turning every dial at the same time as you will never truly understand what does what. This is the only fork I have ridden where I have been able to completely tune it to my riding style without compromise. And in the comfort of my own workshop!

On the trail, I am continuously astounded by how active these forks remain under load. It’s no secret that all forks (with the exception of single legs) suffer from increased friction under load regardless of stiffness. 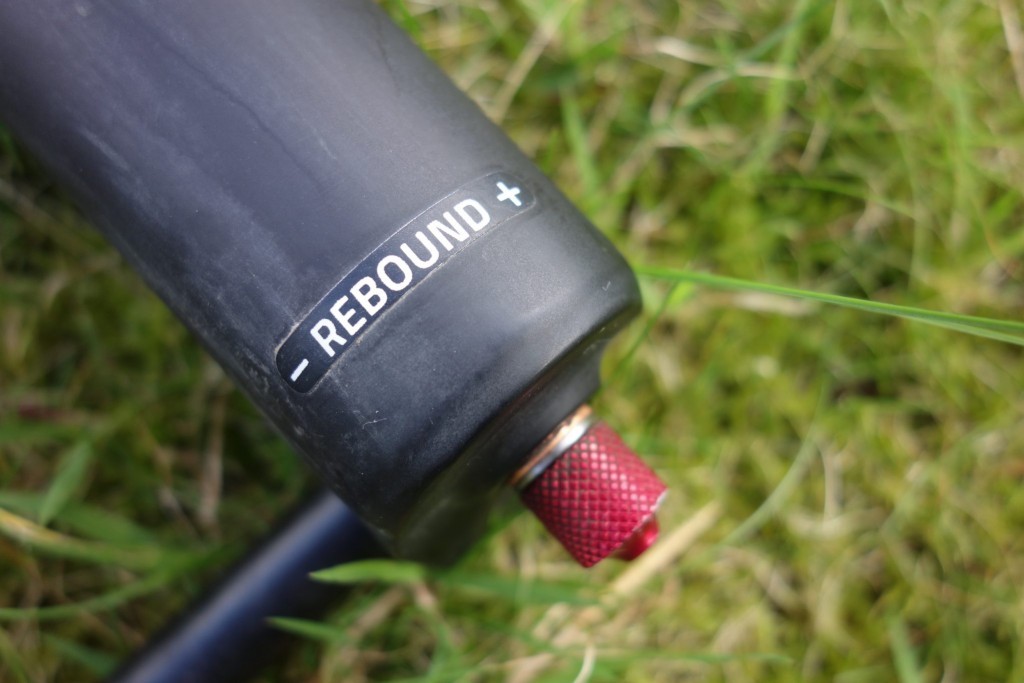 Formula has massively reduced this with IFT (Internal Floating Technology). As it sounds, the innards of the fork move independently to the rest of the fork, meaning even under huge loads the damper is fully active and there is no increased friction. They have done this by using a rose bush at the head of the damper allowing the rod to move sideways without affecting the plunger itself. Ninja! This technology says so much to me and really shows Formulas motocross heritage.

I love these Formula forks, and in the last few months of constant use I haven’t been let down at all, they suggest a thirty-hour service interval and I have made a poor effort of sticking to that! Thirty hours riding can be a week for me during the height of summer so while I have had the lowers off a few times and given them a re-lube it's probably been nowhere near enough. However, I have had no issues during the entire test period.

The Selva is for the tinkerer of the bike world; it’s aimed at those who like to adjust things and play with settings. Formula has brought pro-level suspension tuning to the home mechanic (with the CTS system), allowing even the fussiest riders to tune their forks exactly how they like. They are much more than pretty dials! 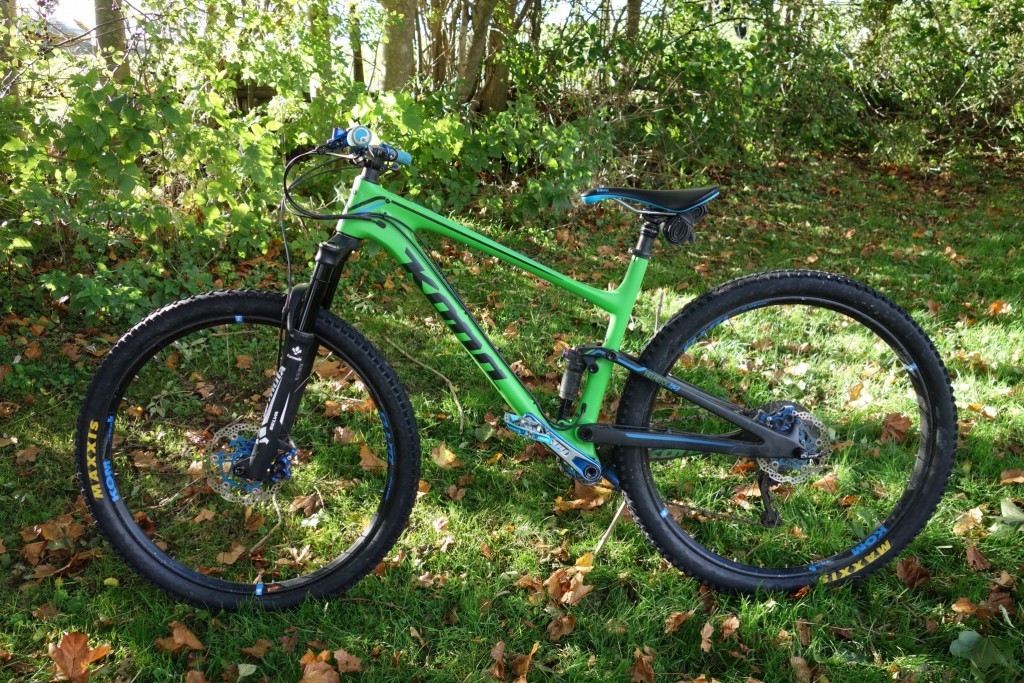 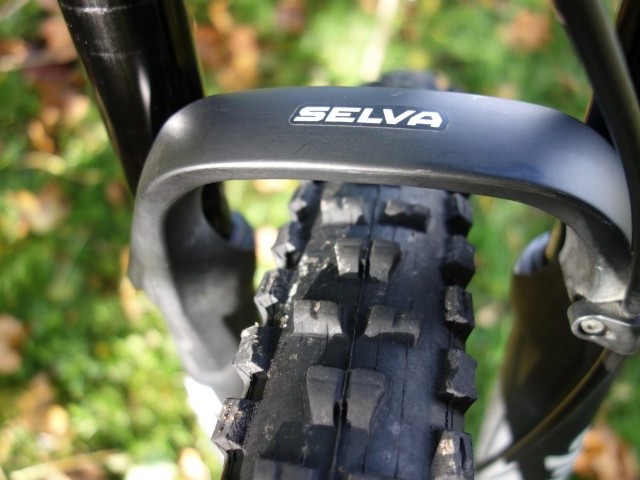 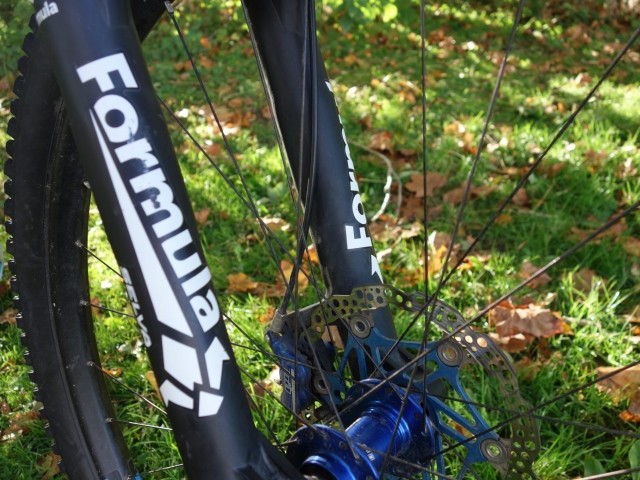 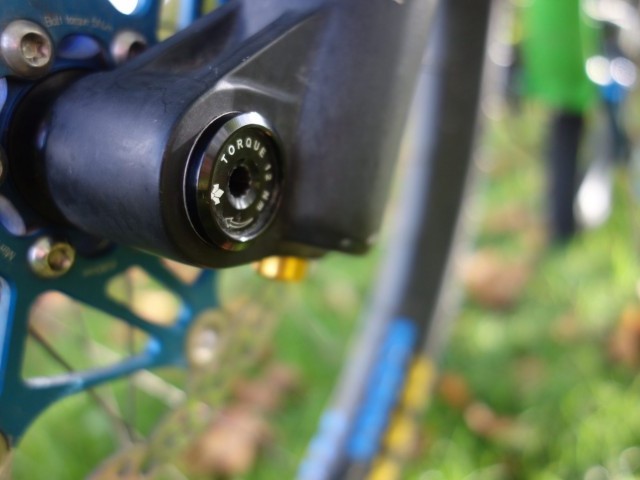 Slightly steam punk, but those dials do great things 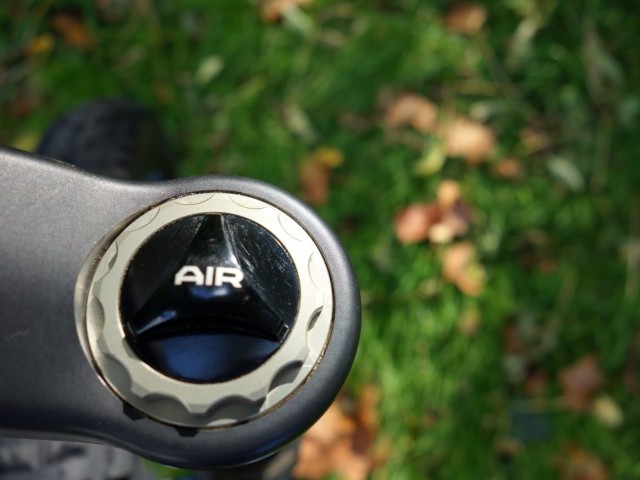 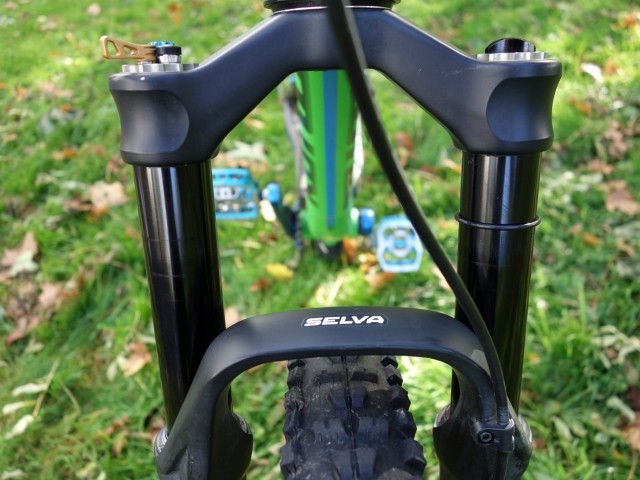 This review was in Issue 50 of IMB. 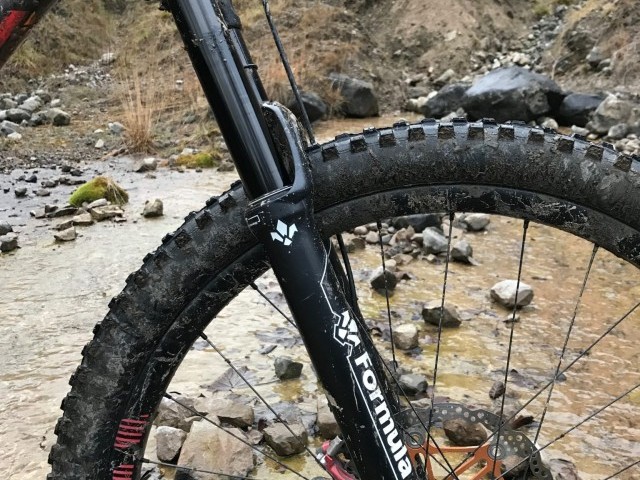 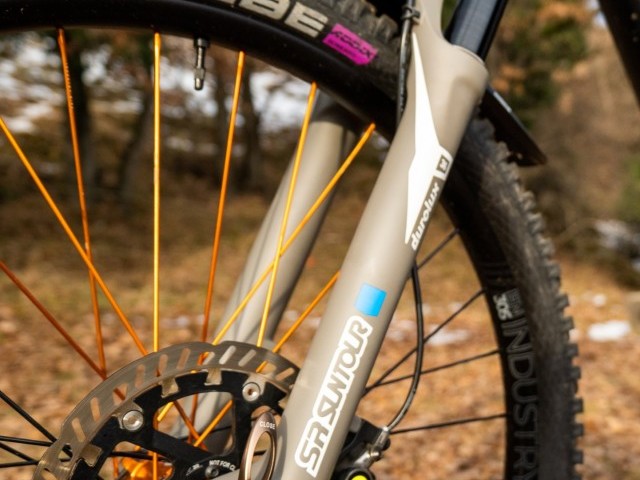 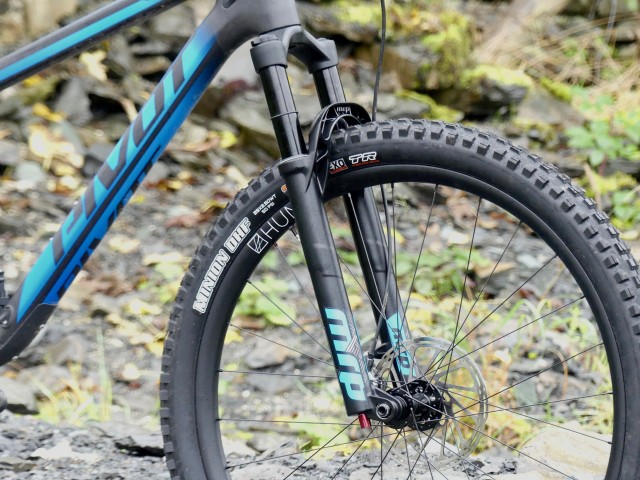 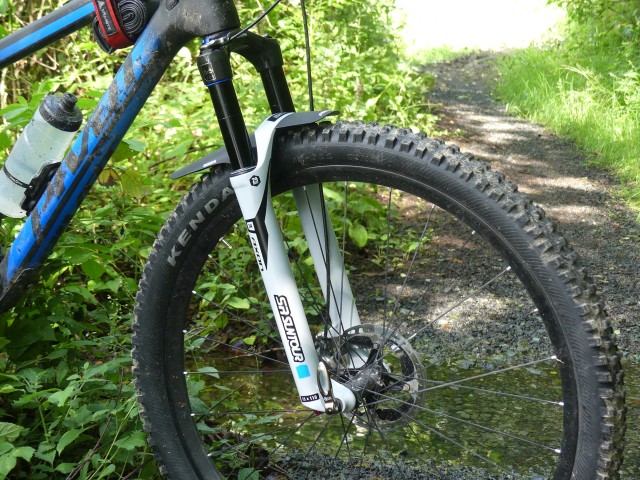 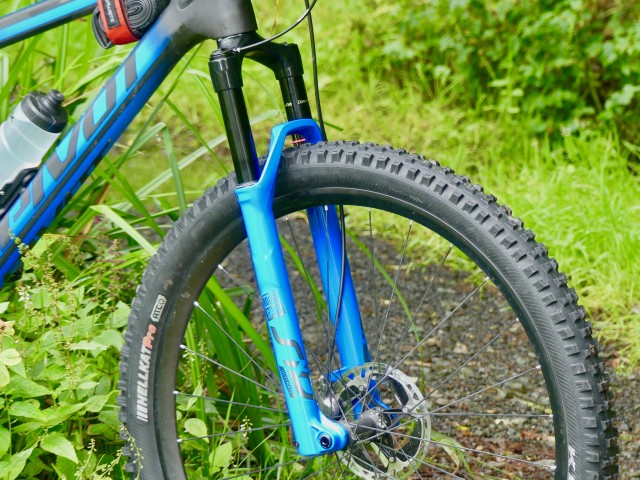 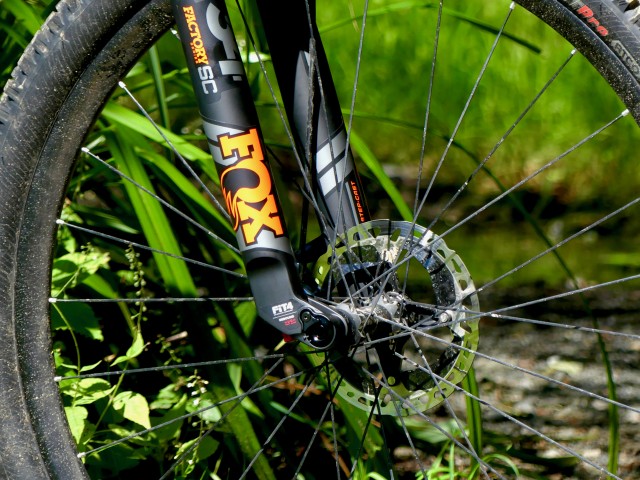 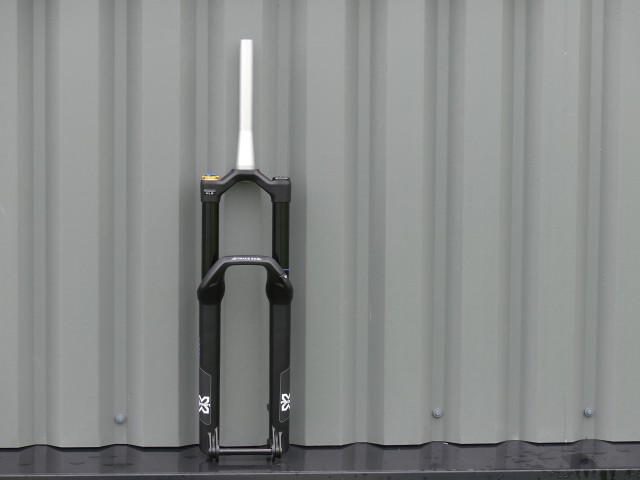 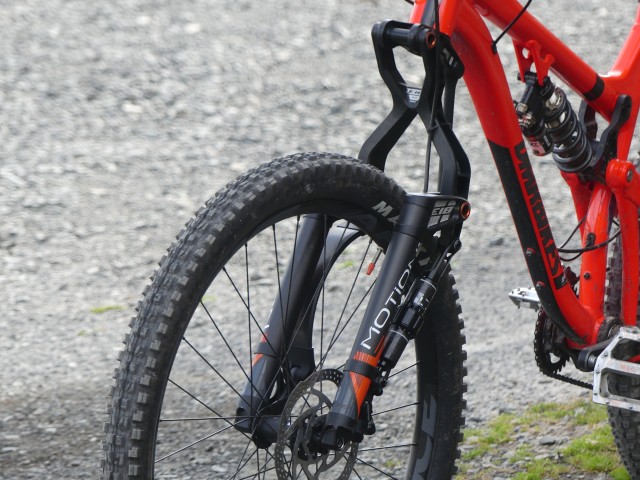 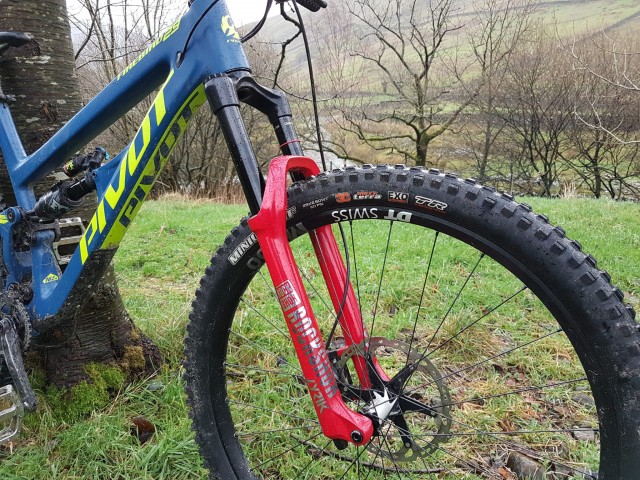 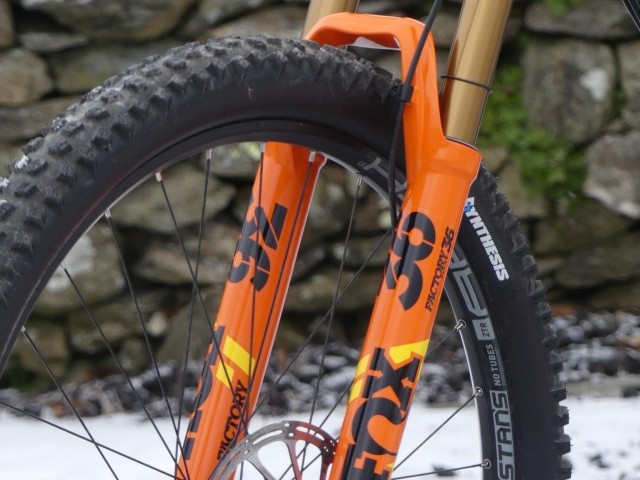 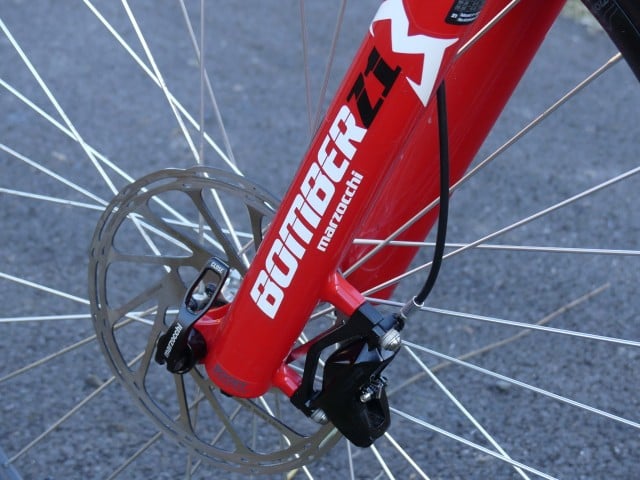 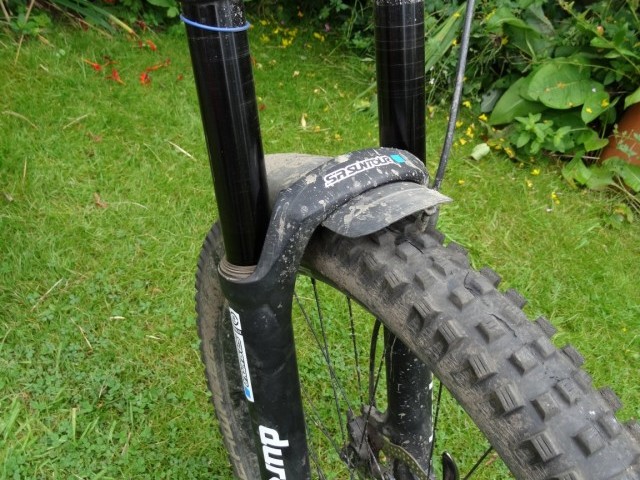 The Formula lineup has seen revisions across the range for 2017, wheels, forks and brakes have all either seen new models or improvements made. The latest brake from the Italian brand is the Cura disc brake, building on a solid foundation of engineering prowess and two wheeled heritage. Since their original disc brake from 1993, Formula has consistently been at… 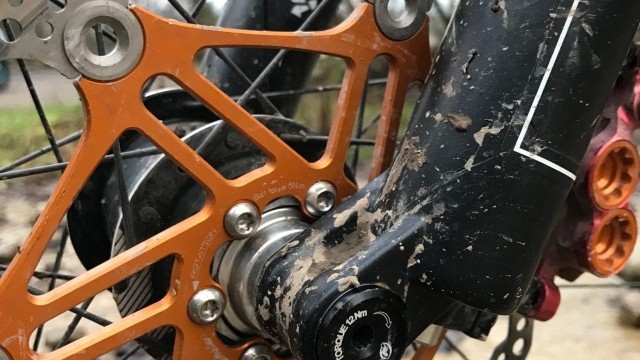 Formula originated from the Motorcross scene in 1972 although better known in those days as ‘AIM’. AIM was profoundly respected for their innovative style which Formula has remained faithful to and kept alive, so suspension technology is nothing new for these guys, in fact, these guys arguably have a heritage as long as brands such as Fox or Ohlins. Described… 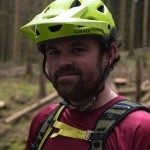 Graham Beaumont is a highly respected mountain bike coach, and has travelled the world riding his bike on the best trails the planet has to offer. His laid back attitude is in stark contrast to his hard riding style, and there are very few riders who have such exacting standards and demand so much from their bikes and kit.