While the track at Mont Sainte Anne may have witnessed many changes over the years, with tweaks to the course and new lines carved down the mountainside, the venue itself still remains one of the oldest on the World Cup circuit. It’s quite ironic then that the top ten was made up entirely of the ‘new wave’ of riders.

It was here in 2008 that Aaron Gwin made his World Cup debut, exploding onto the scene with a number ten finish. With three years more experience and knowledge, not to mention the confidence from already winning to World Cups that season, Gwin returned and took the victory. Also full of confidence from a win at the BDS the previous week was Josh Bryceland who had the race of his life, finishing in second place just half a second behind Gwin.

Also making a return to the podium in Mont Sainte Anne were Brook MacDonald, Danny Hart and Cameron Cole. Disaster struck Gee Atherton early on in his race run when his tyre blew off and wrapped itself around his wheel. Gee could barely contain his frustration as he was forced to carry his bike down the rest of the track. Greg Minnaar also suffered on the Canadian track with a crash in his race run that saw him finish in eight place.

Having won the World Champs here in 2010, Sam Hill would have been hoping for a similar result, but a crash the week before the race re-aggravated his shoulder injury from crashin in Fort William, also in the 2010 season, which left him unable to continue with the 2011 series.

Windham, USA made its return to the World Cup Circuit, and while it might be the shortest track, it still remains one of the most popular with the riders. While Gwin might have been on home soil all eyes were firmly on Steve Peat, who had a flying race run here with a time that would seen him take a comfortable win, but had a huge crash coming into the final stretch. Peaty may have only qualified in ninth spot, but he held things together in his race run and was sitting comfortably in the hot seat up until last man down the hill Aaron Gwin set off and beat Peat’s time by nearly two and a half seconds.

The last time Gee and Greg raced here there were just a handful of points separating them, that would decide who would take the overall win. Once again on this course it was Gee who would beat Greg, but this time they were down in 11th and 12th place respectively, and their chances of taking the overall title were slipping further away from them.

After two races stateside the World Cup returned to Europe for round six, with French venue La Bresse also returning to the circuit. Peaty was the last rider to win here, and in doing so equalled Nico Vouilloz’s record of an incredible 16 World Cup wins. Peaty qualified in fourth place with Gee Atherton, Steve Smith and of course Aaron Gwin ahead of him.

Ben Cathro had an incredible race run, and spent most the afternoon on the hot seat until top ten regular Justin Leov nudged him out the way. In fact apart from the opening and closing rounds of the series Leov was always a top ten finisher. Aaron Gwin may have been scooping up the big points, but Leov’s consistency certainly helped Trek World Racing take the team title.

Josh Bryceland had a flying run and could have been on for a second podium, but just metres away from the finish line he slipped a pedal, went over the bars and ended up in a disappointing 54th place. Team mate and mentor Steve Peat was equally unlucky in his race run, slipping off the track at the top of the course and slipping in through some tape fractionally further along, slowing him down by a few seconds and giving him a time that would have placed him fourth. But the UCI decided that as he had left the track, and did not re enter from the same spot, he would be disqualified from the race.

Greg Minnaar stepped in and saved the day for the Santa Cruz guys, with his second and final win of the series. Gee Atherton was just half a second behind Greg, but ended up with his best result of the series. While Gwin didn’t have the perfect race run, he did enough to finish in third place, and that was all he needed to be crowned the overall winner of the 2011 series.

But the real story at La Bresse was the announced retirement of Fabien Barel. On home soil and standing on the podium for a final time, Barel announced that this would be his final season of downhill racing. His big crash last year had obviously taken it’s toll on him, and with two podiums this season Barel had proved to himself that he had successfully returned to top level riding, but he had done enough, and would be bowing out.

Having already taken the overall series win, Val di Sole in Italy would prove to be Gwin’s victory lap. With no pressure to perform Gwin comfortably qualified first for Sunday’s race just ahead of Steve Smith. Unfortunately for Steve he crashed hard during Sunday mornings practice and broke a bone in his ankle. But his high performance across the season meant he hobbled onto the overall podium in fifth place, even after missing out on the final race.

Troy Brosnan had a fantastic race run, sprinting out of every corner and tucking in every straight. He finished fourth here in Val di Sole, earning his first spot on the Elite mens podium. In 2011 Troy not only won the Junior World Cup series, but also finished eighth overall in the Elite class.

Gee Atherton had done well at VdS before, winning the World Champs here in 2008, but Danny Hart had one hell of a wild race run knocking beating Gees time by nearly three seconds. Somehow though Gwin managed to dig even deeperand took his fifth victory of the season, the first rider ever to do so in the history of the sport.

There is no denying it, Gwin dominated the 2011 season. The question on everyones lips now is whether or not he can pull it off again, or if his success has acted as inspiration to force everyone to train harder and put in more hours on the bike. I guess we’ll find out in nine days time…

Stay tuned for the final part of this feature, when we’ll be looking at the team changes coming in to the new series. 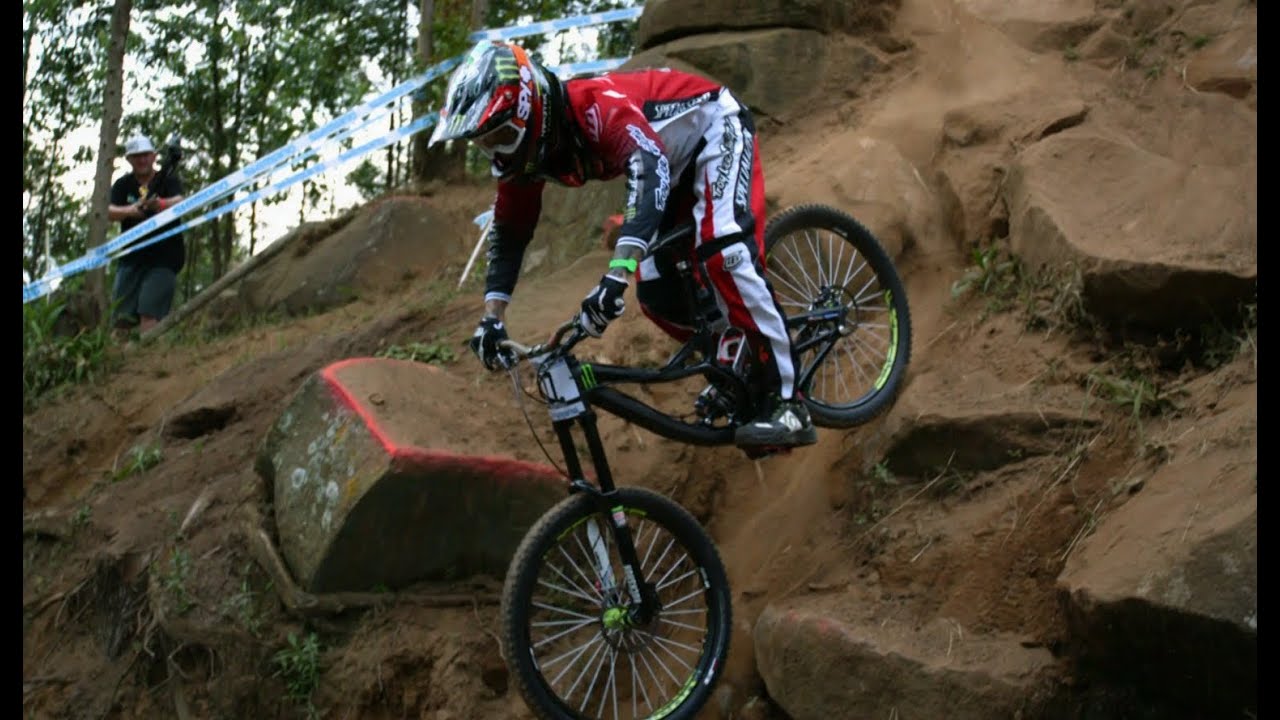 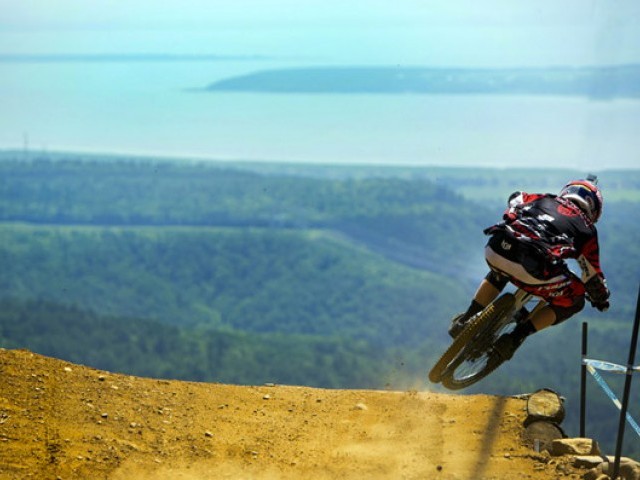 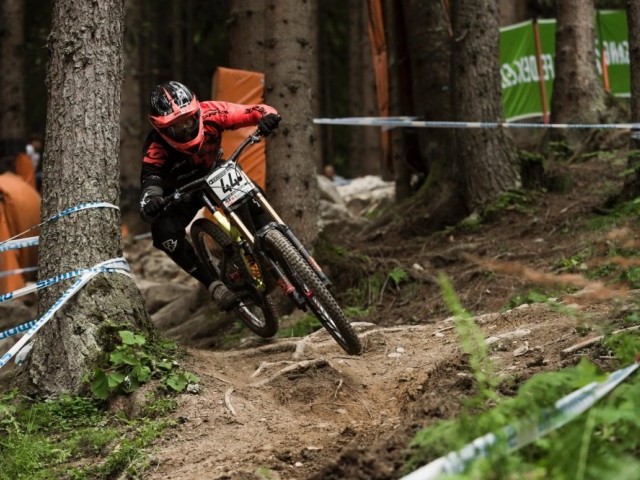 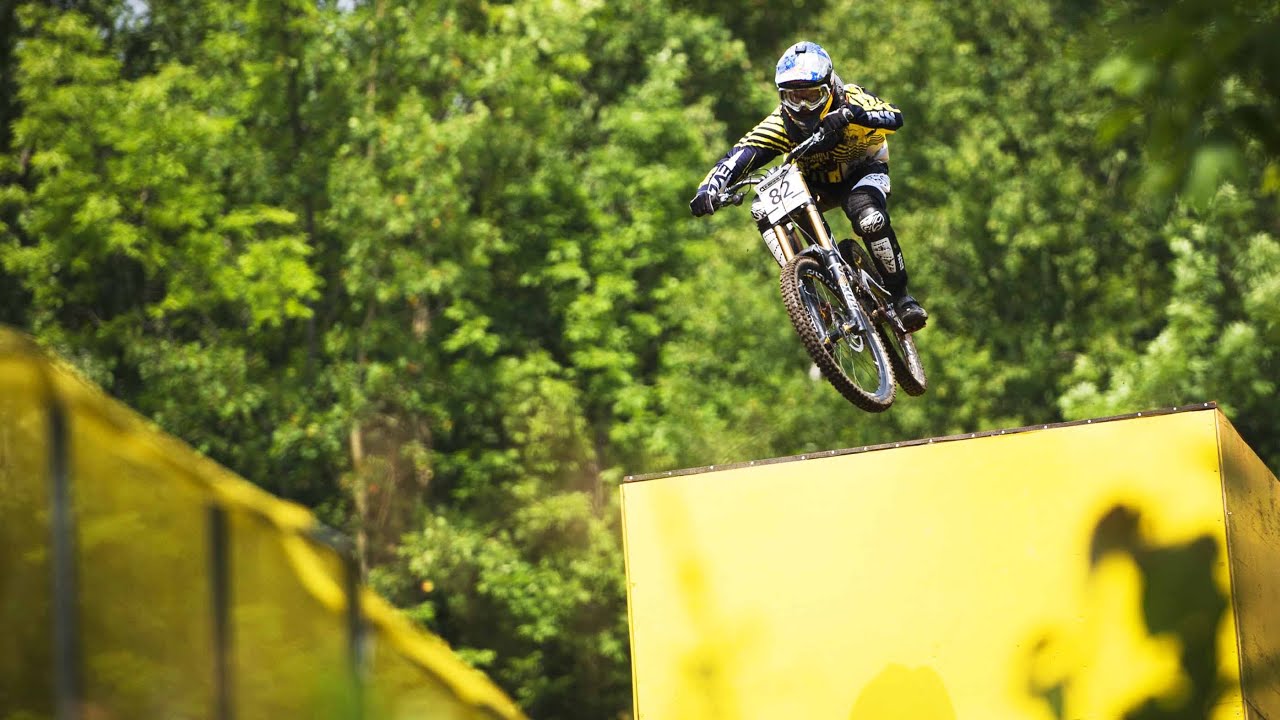 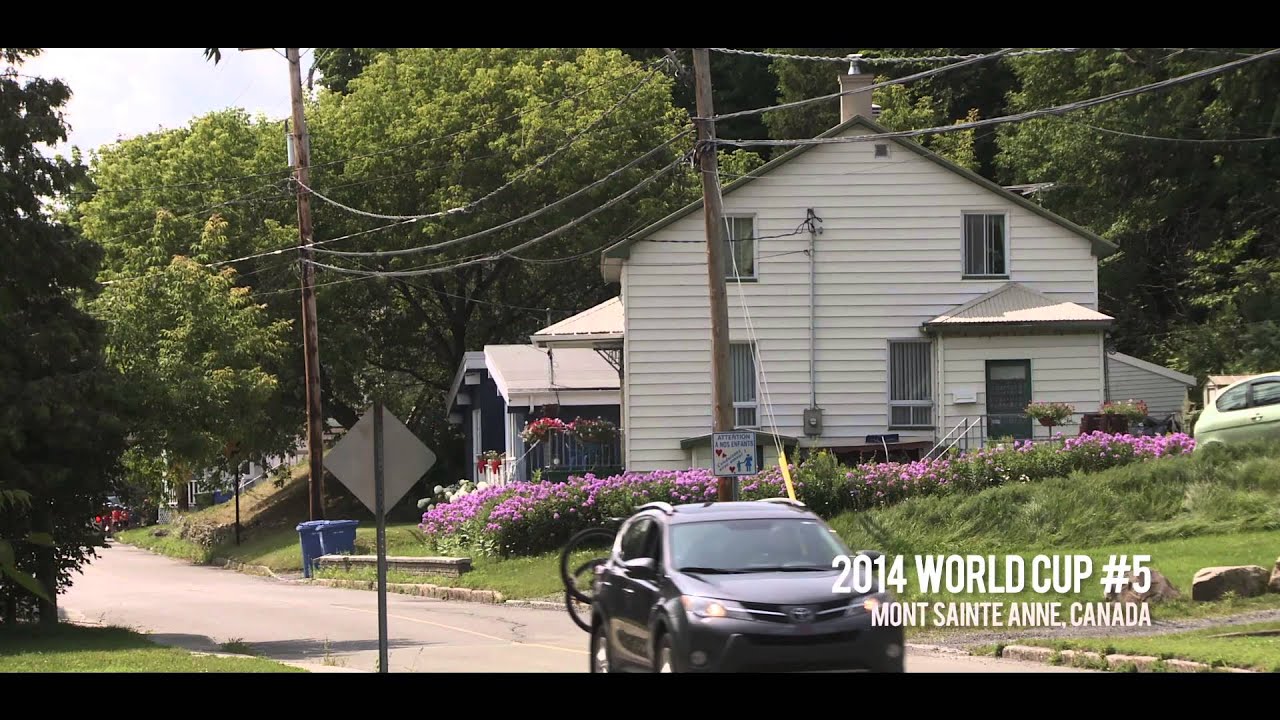 A Life Worth Winning - Episode 3 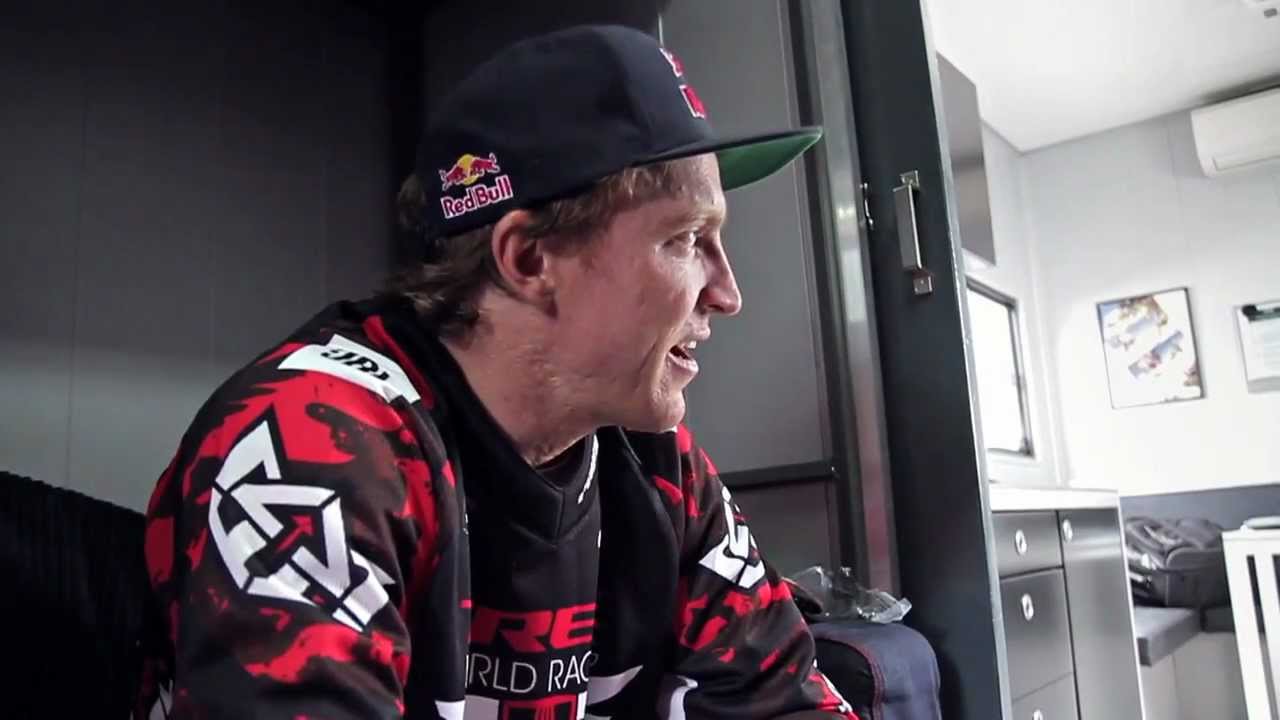 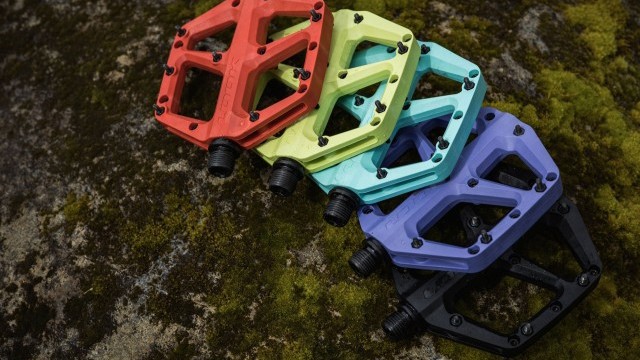 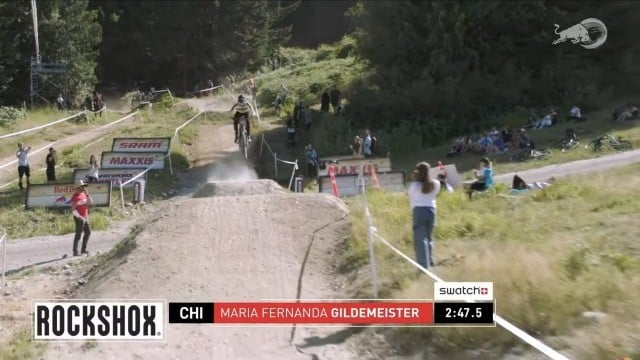 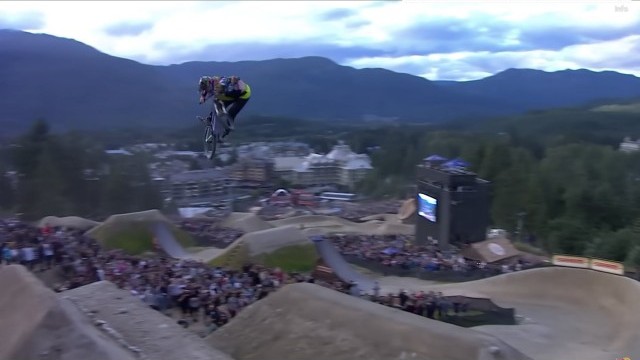 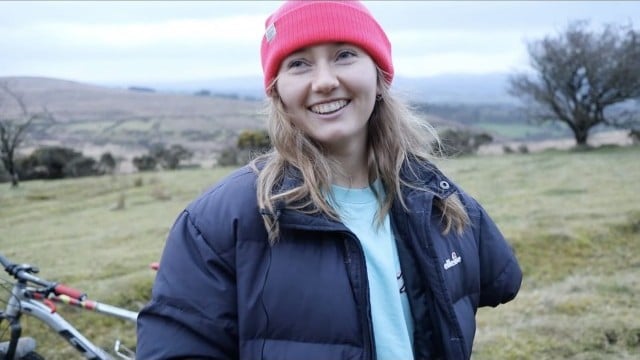 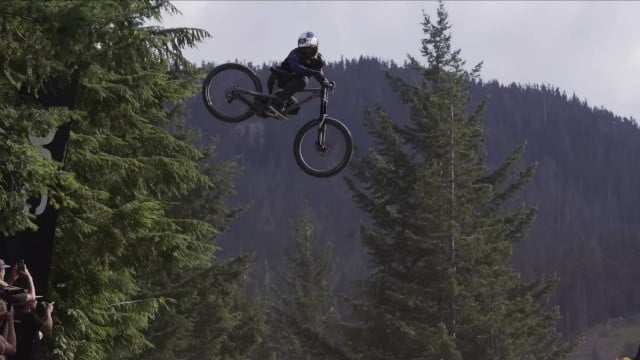 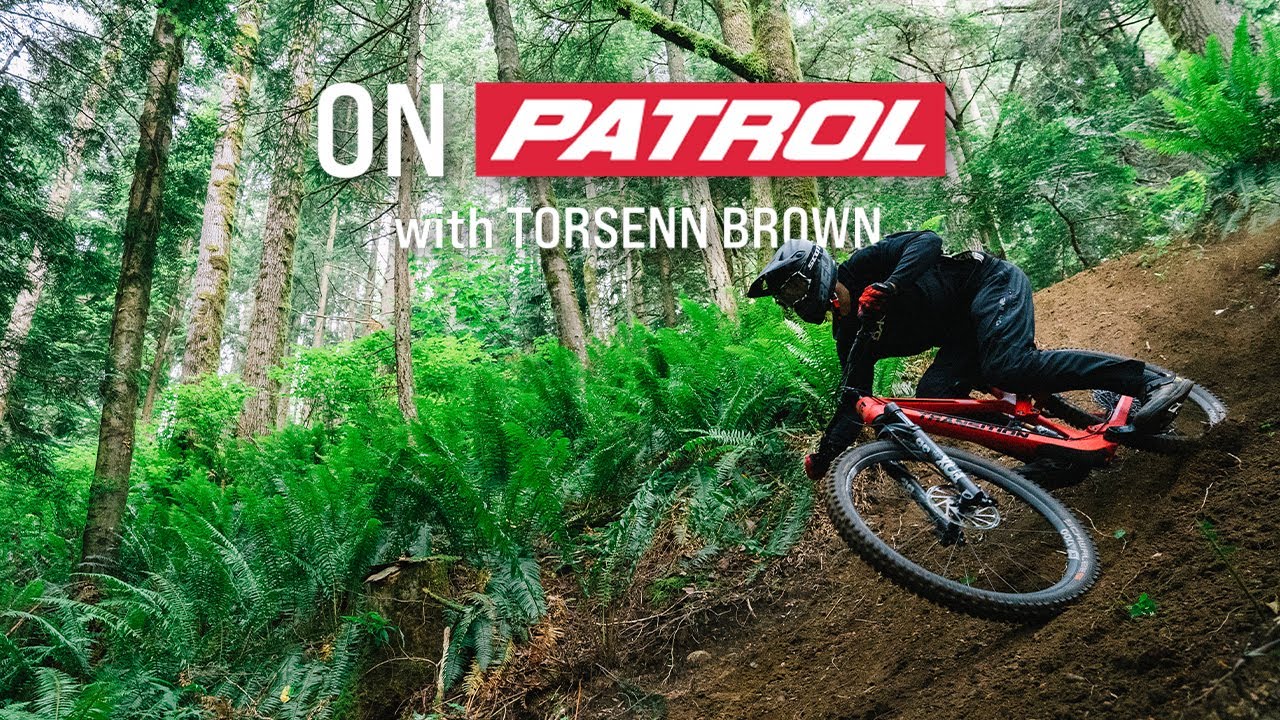 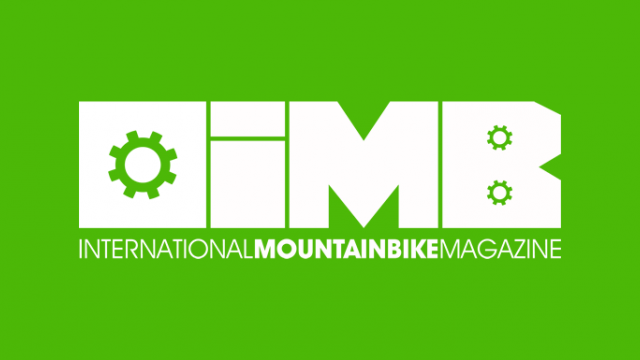 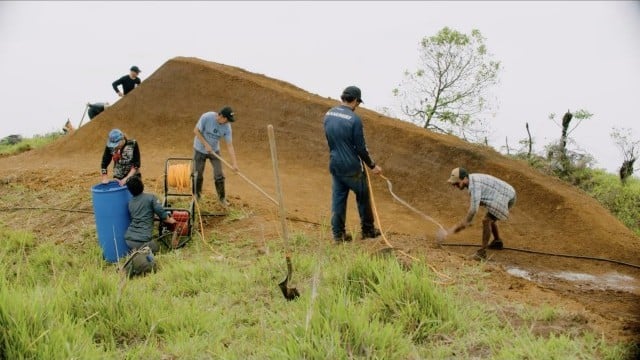