Saturday saw Manuel Ducci celebrate his first win on the Supermountain powered by SRAM circuit. The leader of the Life Cycle team held off the fast Swiss to claim the win and the overall series lead. The four thousand meter peaks of Mont Blanc, the Matterhorn, the Gruppo del Rosa and Gran Paradiso towered over this weekend’s racing. A sunny weekend in the town of Gressan was the perfect location for the second round of Supermountain.

For anyone who doesn’t speak Italian, what Corrado Herin is saying is: “Hello, welcome to Pila. This is a mountain, that’s a big rock. Lets go ride our bikes shall we?”

Summer temperatures and a track perfected by the Herin MTB School and its founder, former World Cup dowhill series winner, Corrado Herin, were the perfect recipe for riders to enjoy the Pila bike park. The Supermountain formula means Saturday is all about getting in runs with your friends and putting in o ne hot lap to fight for a position on the grid for Sunday.

As Saturday drew to a close, Sunday promised to be a battle between Italy and Switzerland. Switzerland was represented by Michael Sharer, Gustav Wildhaber, Lukas Anrig and Till Marx in the top positions with Manuel Ducci, Bruno Zanchi, David Sottocornola, Francesco Fregona flying the flag for Italy. The seemed immediately at home on the mixture of high speed and technical sections.

Although riders woke up to grey skies on Sunday, by the time they reached the race start at 2,700m they were well above them and back into glorious sunshine. Manuel Ducci grabbed the holeshot in the first heat, followed by the four Swiss riders. At the first check point Ducci was still leading, followed by Scharer and Wildhaber. Behind them were Till and Wildhaber keeping Davide Sottocornola, Francesco Fregoa and Bruno Zanchi at bay.

Such close racing lead to a nail-biting finish. Coming into the final 300 metres of the course Ducci had a slight advantahe over Schaerer and Wildhaber and dropped down into an aerotuck. The two Swiss attacked the pedals trying to make up the ground, but couldn’t quite cover it, giving Ducci the victory in the first heat. 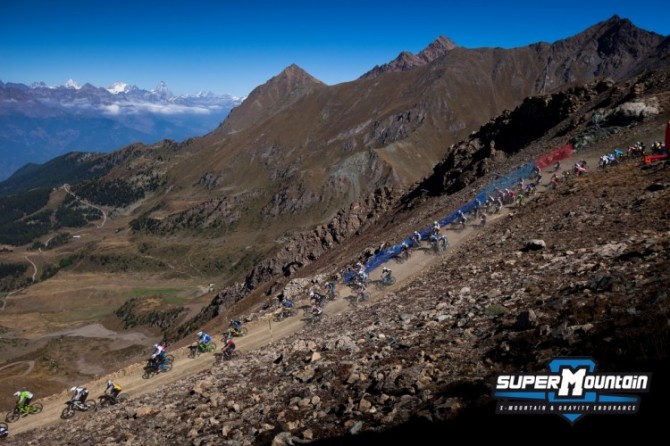 After a short break, the riders headed straight back up to the ridge high above the town to line up for heat two. This time Gambirasion grabs the holeshot, but is soon passed by Ducci, this time Anrig and Wildhaber go with him, chased hard by Vittorio Gambirasio. Again the racign goes down to the wire, but this time Wildhaber manages to get the better of Ducci, but it’s still good enough for Ducci to take the overall win and the series lead. Anrig takes third, Marx fourth and Francesco Fregona rounds out the top five.

The women’s racing is dominated by Natalie Schneitter. After winning the Superenduo race in Monte della Tolfa two weeks ago, she wins both heats in a commanding fashion. Young French racer takes second in both heats and Italy’s Valentina Macheda takes third both times. 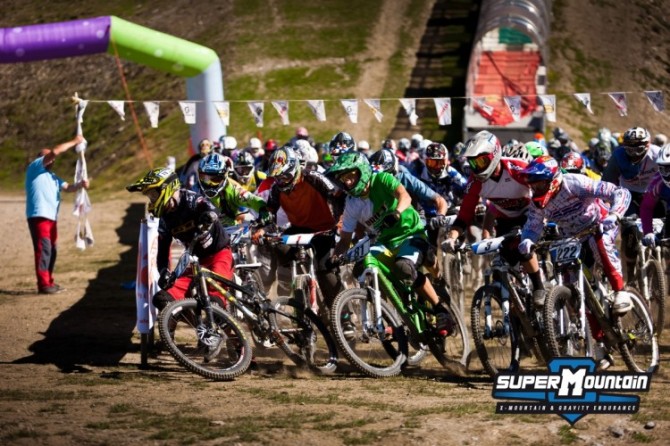 The day ends with a prize giving that doubles up as the end of season party for the Pila bike park. The winners are rewarded with the classic bells of the Aosta Valley, a symbol of Desarpa bike that takes its name from one of the deepest traditions of the valley. The Desarpa is the celebration for the return of the cows to the valley below after spending the summer up in the mountains. A descent that the riders raced over today.

Supermountain has enjoyed great organisation and hospitality from the town of Gressan. It won’t be easy to take our eyes off the stunning photos of the Aosta Valley, but we must as on 29-30 September Supermountain returns for its third and final race of the season at Scopello – Alpe di Mera. The local organisers have prepared a fun track that should provide for another great weekend of racing and ski lifts. 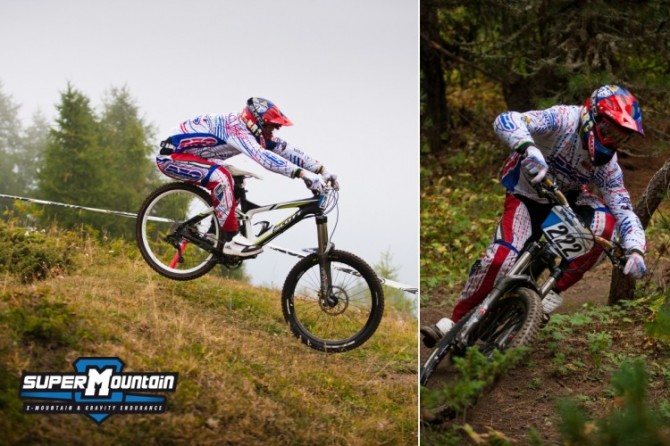 Home Is Where You Park It Episode 2