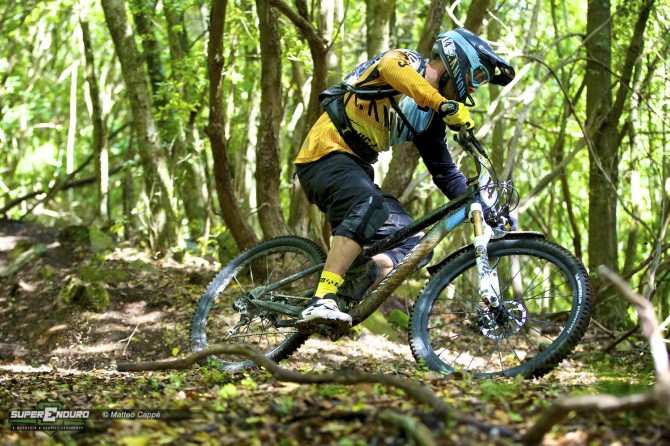 Fabien Barel takes the win at Punta Ala!

It was a busy weekend in Punta Ala, Italy, all the worlds top riders and racers turned up for what is likely to become one of the defining moments in mountain biking. The first round of the Enduro World Series kicked off in Italy at the Super Enduro event there. Rather than starting an entire new series, the Enduro World Series (EWS) is sanctioning certain events and using those to make up a 7 event series which will take in the mountains of Italy, France, the USA and Canada. The rider with the most points at the end of the series will win the prize of being crowned the Enduro World Series Champion. 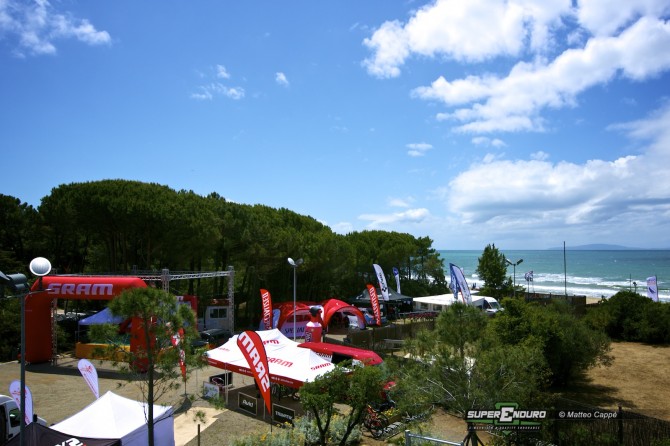 Stunning scenery with a backdrop of the Atlantic Ocean were the order of the day.

Enduro is important as it defines what most riders do every weekend, ride up and down hills. By adding a timed element to the downhill sections, without focusing on racing the uphills it mirrors what a lot of riders care about, being quick over fast technical terrain. It also utilises all mountain machines, one of the more popular bike choices out there. This adds a financial incentive to the brands over the very specialised DH and XC race scenes, more bikes sold will mean more money invested into the discipline. It’s here to stay that’s for sure! 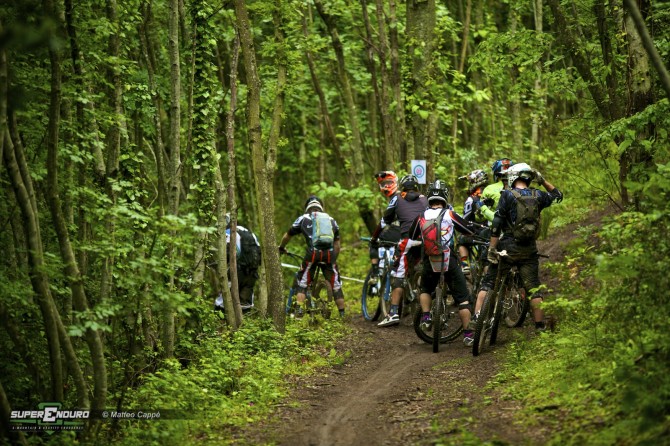 As the riders arrived in Punta Ala the roster read like a who’s who of the MTB World past and present. Old hands were coming out of the woodwork to race at a world class level once again, new faces and seasoned Enduro heroes too were all there. It’s great to see the DH guys like Gracia, Minnaar, Peat and Blenkinsop to name but a few, line up with names like Barel, Clementz, Absalon and Vouilloz! Over 500 competitors registered for the event, with a strong turn out for the women too. 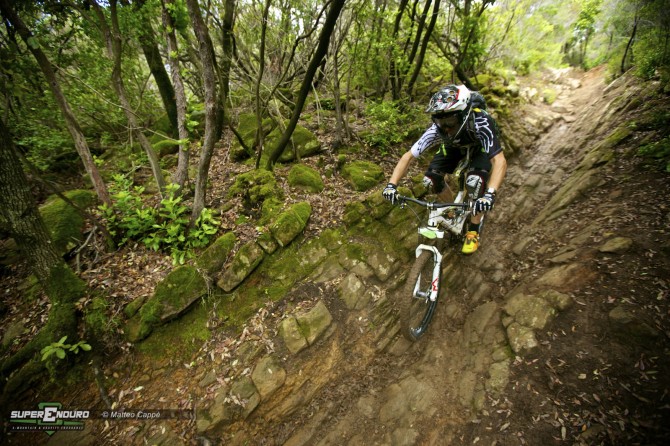 Awesome trails coupled with amazing riders made for a spectacular event!

Conditions over the weekend started poorly with lots of rain on the Friday putting some muddy sections into the mix. But over the weekend the course dried out and on race day the sun shone and the rain stayed at bay, leaving the course very much an open playing field for all the riders. With over 50km of trails to be ridden there was plenty of opportunity to spend a decent amount of time in the saddle and the first Prologue Stage ran through the town to create a fantastic spectacle for the huge crowds that gathered. In the end it was Alex Cure who won the first ever stage of the EWS.

Enduro isn’t about one stage though, it is about being consistent over a series of stages and with 4 stages culminating to the overal prize there was plenty of work to do! The climbs to each stage were designed to test the riders to the max, the uphills aren’t a race, but the limited time to reach each stage means you do have to be fit, some of the top riders were seen walking their bikes up some steep sections, which is testament to just how brutal they are! 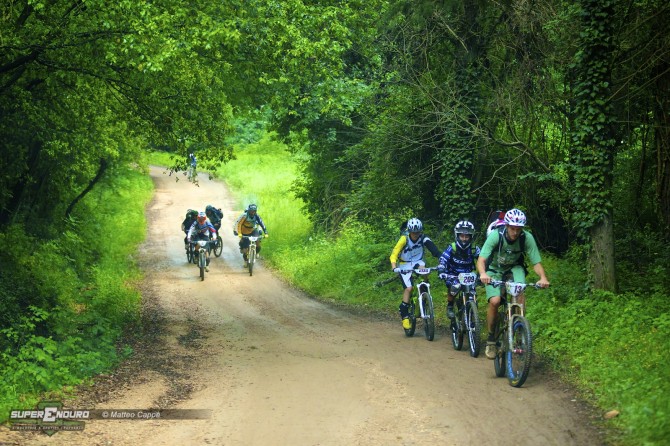 You have to earn your kicks in Enduro!

Consistency is another element that you can’t overstate, Peaty flatted on his first run out of the start towards the first stage, Gracia lost a chain on stage three and had to run for most of it, he still finished the stage near the top 20! Al Stock exploded a tyre and had to ride most of stage two on his rim, it was one of the rockiest sections of the day so fair play to him for ballsing it out! If mechanicals don’t get you, crashes can be just as devastating, Anne-Caroline Chausson and Nico Lau both ended up way down the ranking after taking a serious tumble, many more riders suffered the same fate. 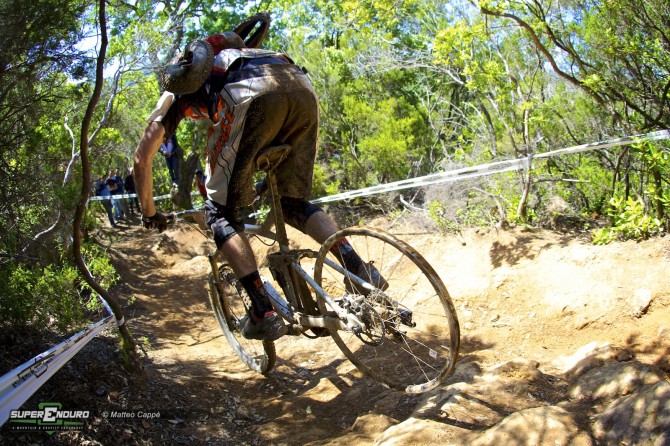 Al Stack quite literally smashing it!

As the day wore on the experienced Enduro riders really started to shine, Barel was on fire, as was Clementz, it isn’t everyday you get to see Greg Minnaar overtaken on track. An experience he probably won’t forget but in his own words Fabien Barel was just so strong! In the women’s fleet Tracy Moseley, who has quit DH racing and is concentrating on Enduro was dominating the race on her 29er. Interestingly there were plenty of 650b’s in the race, but in the mens fleet the best time a 29er managed was Brian Lopes on his 120mm Ibis Ripley, finishing 15th for the day. 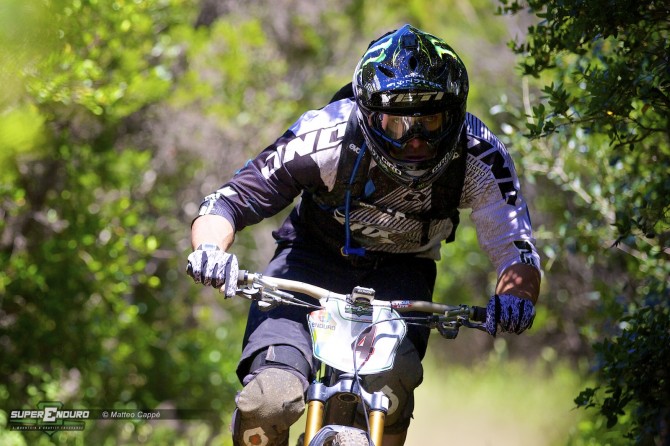 Jared Graves can turn his mind and skill set to anything!

Fabien Barel (Canyon Factory Team) took the top spot for the men, was there ever any doubt, it was on the trail named Rock-Oh, the longest and most technical stage of the race, where he stamped his dominance, winning the Red Bull Time Rush in the process. Jerome Clementz (Cannondale) came in just 12 seconds later and newcomer to Enduro Jared Graves (Yeti-Fox) of 4x fame clinched the third spot on the podium. Tracy Moseley (Trek Factory Racing) comfortably headed the women’s fleet by nearly a minute from Emmeline Ragot (Lapierre International) in second and Cecile Ravanel (GT Skoda) in third. 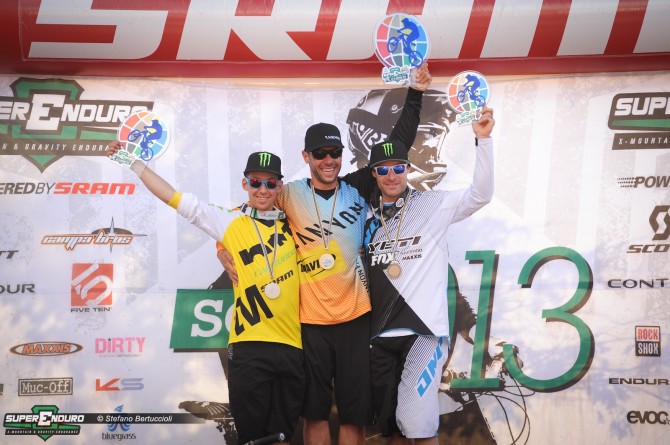 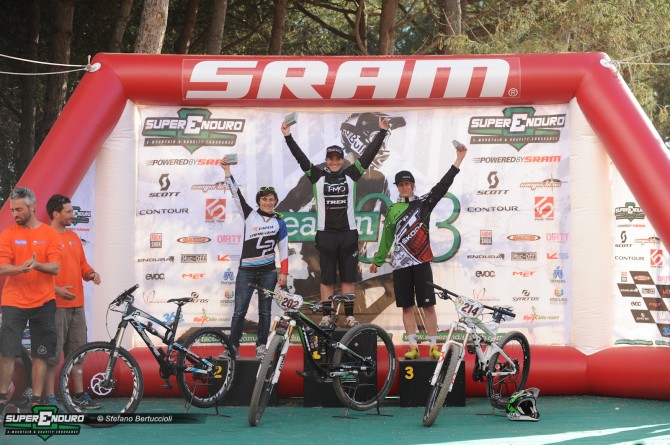 The first round of the Enduro World Series was an undoubted success, in the words of Cedric Gracia “My legs hurt, my ass hurts, I’ve never eaten so much. Now beer and the beach!” Enduro is finally on the world stage, riders and teams from every corner of the mountain bike world were represented and with many bikes sporting new prototype designs and different wheel sizes it is surely the place were we will see the most development in the next few years. 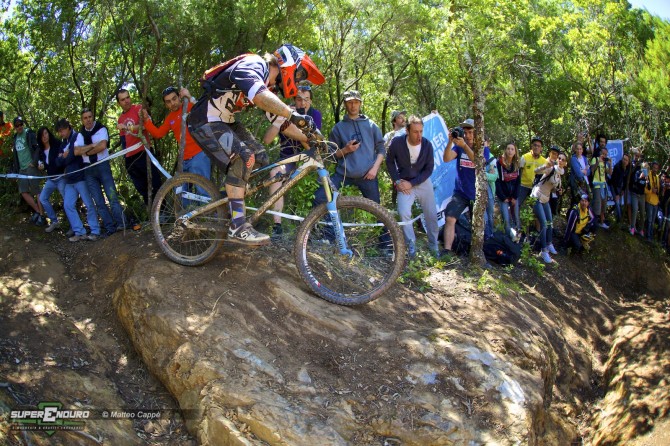 The crowd got involved every step of the way! 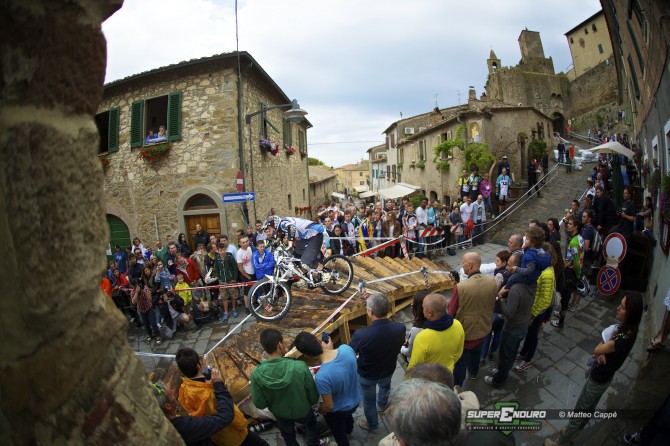 The Prologue Stage was a highlight for the spectators! 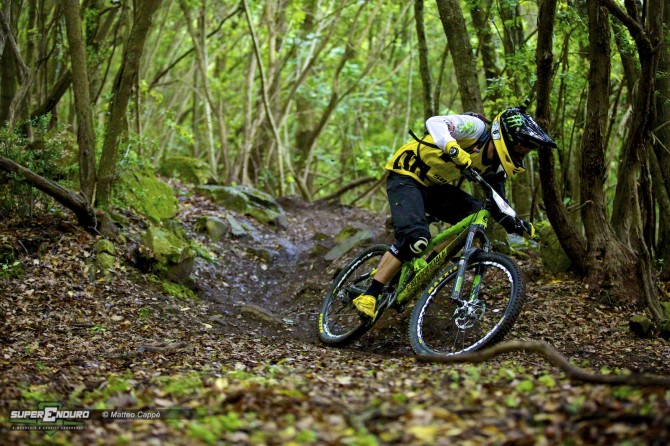 Jerome Clementz rode well, but didn’t quite have enough to beat Barel! 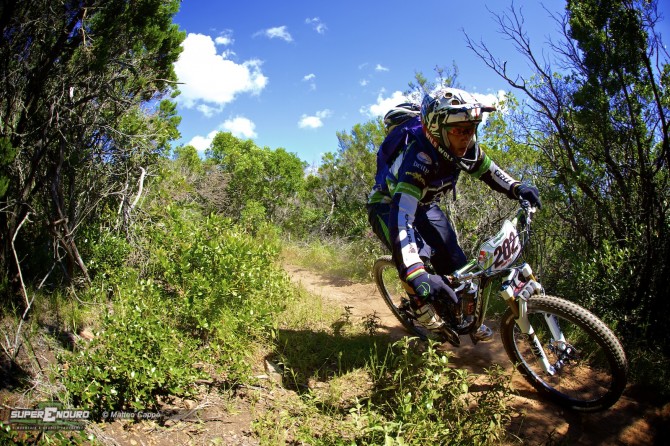 The next EWS event is in Valle d’Allos, France at the end of June, meanwhile the Super Enduro Series heads to Gemona in two weeks!

Life As A Pro - What Do Pro Riders Do All Day?

EWS 6: One Hot Day in One Minute. Whistler, Canada

Video: "Just a Stone's Throw Away" with the Vertriders

Video: In Between The Races with Camille Balanche