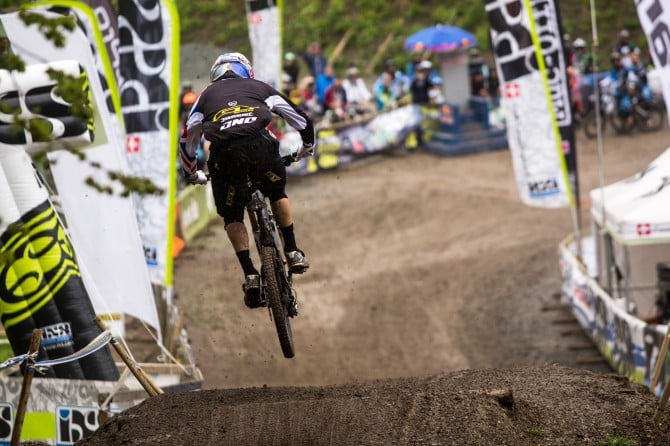 Gee Atherton on his way to victory!

After crowded parking lots and campsites, today, the view is a different one. The whole Bikepark seems rather deserted: The streets are empty and the clear-up has already started. We’re looking back at an exciting and emotional weekend with a lot of action, sports and fun at the 7th iXS Dirt Masters Festival in Winterberg.

Although the weather conditions were not always the best ones, they were perfectly fine on Saturday afternoon and Sunday. On both these days, the sun as well as the number of spectators and brands in the expo-area reached their maximum. Another record was achieved as far as the athletic performances of all riders in the different races and contests are concerned. In addition to various smaller events, the highlights of the weekend were of course the Red Bull Berg Line Slopestyle Contest, the iXS German Downhill Cup race and the BikeUnit 4X Rumble. The first results were already delivered on Friday by the participants of the iXS Rookies Cup. In addition, the numerous spectators were offered the TSG Cash for Tricks, the SKS Slopestyle Contest, the CamOne Whip Off Contest, a Riverboat Gamblers concert, the Vans Music Night with the DiscoDogs and many other events. People who love bikes and can cope with crowded streets and campsites should definitely visit the biggest gravity festival in Europe! 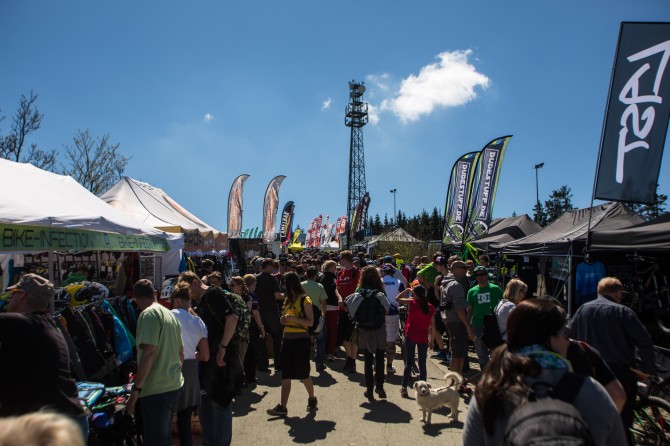 Just like every year, the original Bikepark track was modified for the iXS German Downhill Cup. In fact, it seems like they managed to improve the track even more this year. The course was in perfect shape and its degree of difficulty should not be underestimated. Even if it seems to be a rather short one, the track has everything that is needed for a really nerve-racking race. In addition, the huge influence of the crowd of spectators should not be underestimated either.

Already in Sunday’s seeding run Gee Atherton succeeded with a 3.433 sec lead and made clear that he wouldn’t make it easy for his competitors. Even under totally different weather and track conditions, due to rain and 500 riders practicing on the course, he was able to extend his lead by 3 seconds in his final run.

Marc Beaumont, however, had to bury his ambitions already on Saturday as he went down hard at the end of the track. After he had to quit the seeding run after only 150 meters he did not start in the final run.

Tommy Herrmann (GER – Team Bulls) was the first rider who occupied the Red Bull Hot Seat for a longer period of time until his teammate Wyn Masters (NZL) took over the lead. Best German rider was Marcus Klausmann (GER – Ghost) who went second and was followed by Andrew Neethling. Gee Atherton set the best time of 2:05.663 min with a 6.164 lead. 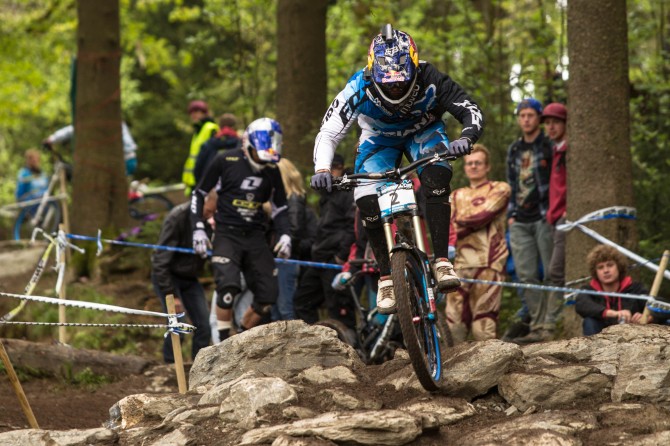 The Elite Women’s category was led by Anita Ager-Wick (NOR) in both, the seeding run and the final run with a 12 second lead. Ager-Wick was followed by Kim Schwemmer (GER – Herobikes Combat Unit) and Katrin Karkhof (GER – LAST Factory Team).

Next year, the success of the iXS Dirt Masters Festival in Winterberg is to be continued, when the Bikepark will be crowded again from May 29th to June 1st. Until then: Ride on! 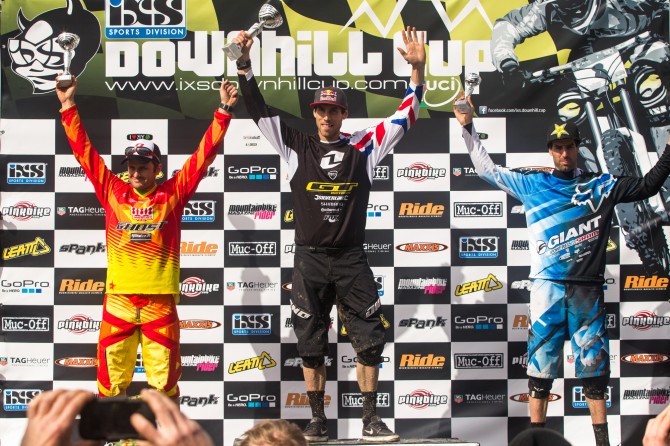 All other race dates and information can be found on the slightly revamped website ixsdownhillcup.com or at facebook.com/iXS.Downhill.Cup