A nice relaxed scenic edit to start your weekend, thanks to Martino Vincenzi. Whether you like it or not, fat bikes seem here to stay. Martino compares the long adventures on his fat bike, to his trips out telemarking, one destination, two sports, but the same feel! 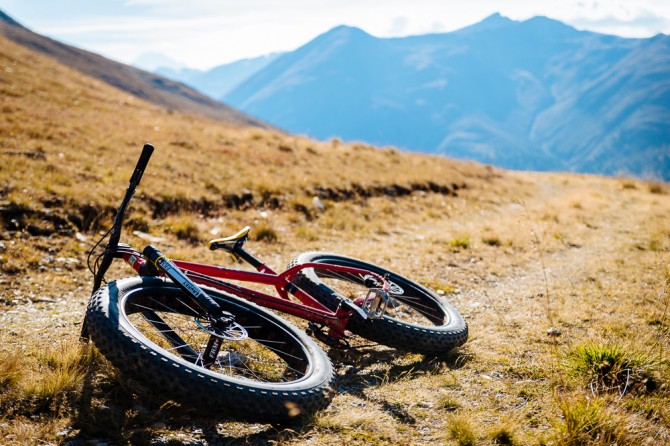 I got to know Livigno thanks to Telemark. The first time I went there was to ski at the most famous Telemark gathering in the world, the Skieda. And there I found myself, in an autumn day, pedaling on a bike with really big tyres. They come from far away and they’re called Fat bikes. 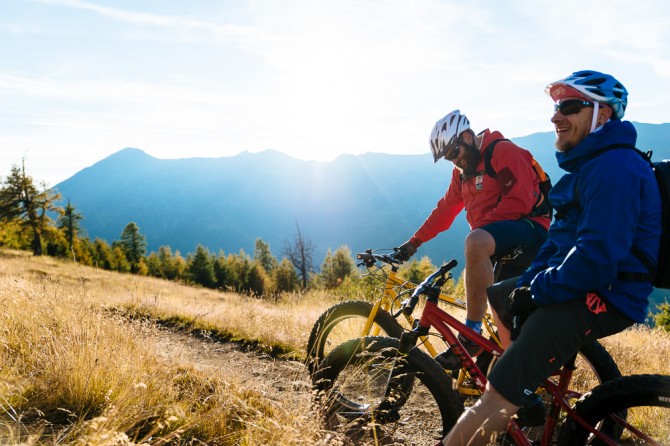 I’d always thought Telemark and Fat bikes had something in common and I wanted to know what that was.Anyone who sees Telemarkers bending their knees for the first time makes a weird expression, is astonished and gets all curious about it. It’s the same thing that happens when people see those huge Fat tyres for the first time. The questions are always the same ones: “But can you go anywhere with that thing there?”, “Does it make it harder to pedal uphill?”, “And is it easier to go downhill?”, “How weird, I’d like to try it out…”There’s something else that links the two sports though: their innate freedom. They take you away from classic skiing and classic cycling and let you travel, explore, go up and down any surface naturally. 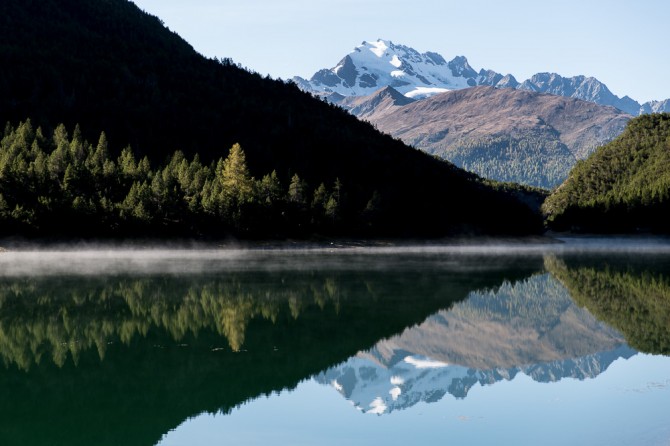 I adore slowness, or better I love following my own rhythm in doing things. This means being able to perceive better the connection between me and the tool I am using.I wanted to know whether the emotions I felt skiing in Livigno could be somehow reexperienced on my Fat bike so I called my friend Zanna.  He lives and does Telemark skiing in Livigno. He organizss the Skieda and he loves Fat bikes as I do. So during one weekend at the end of September, all those places, valleys, mountain huts and alpine huts whose routes had been traced numerous times on skis were then reached by huge tyres. We met other friends on the way, as you do when you go skiing and it was simply great fun. 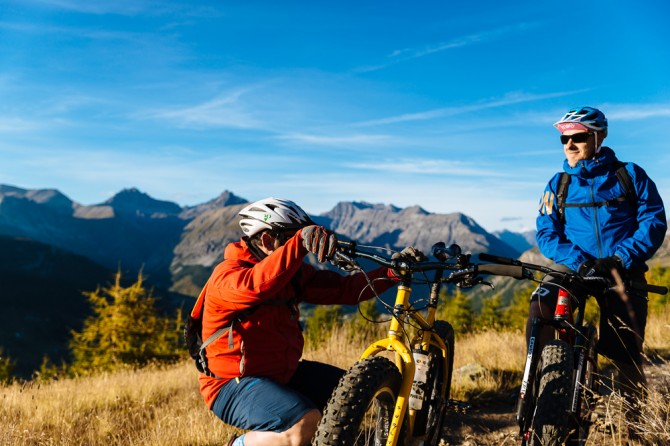 I don’t know whether Telemark and Fat bikes are truly the same thing. Though I’ve realized that we are the common denominator and when we visit a magic place in good company and in the enchanting and colorful autumn sun, we can’t be anything other than happy.  Awfully happy.

So Amazing! Danny MacAskill And Hans Rey On The New Flowcountry Trail In Livigno