Initially a Kickstarter project, the idea of measuring a shocks performance though air pressure was deemed by the funding public to be an excellent idea. Shortly after the public got behind it, SRAM, or more accurately Quarq, bought it up and developed it into the product we see before us now.

Very simply, the ShockWiz plugs into the valve on your air suspension and measures the pressure. It then continues to measure the pressure one hundred times a second. This tells the little gizmo an awful lot about what your dampers are doing and gives suggestions on how and what to improve in the set up (not your riding style).

This data is sent directly to your phone via Bluetooth, and is then presented in human-friendly form and advice is dished out. Simple. 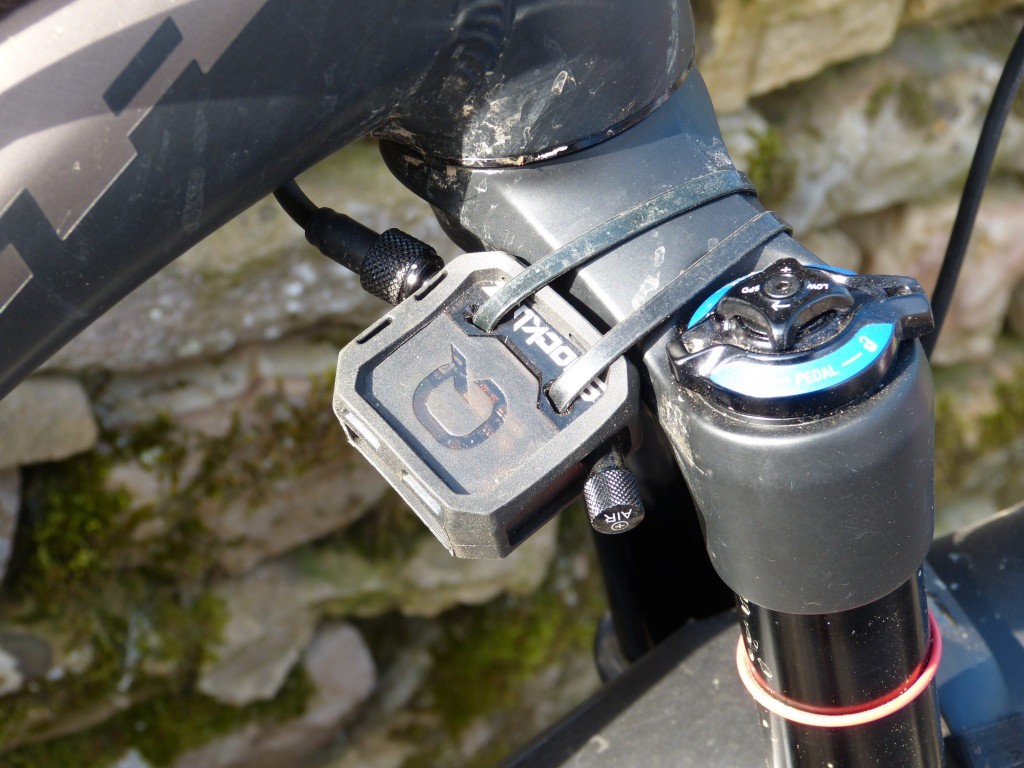 ShockWiz mounted on the forks

My initial hopes of plug and play simplicity were dashed as the app on my phone asked for the compression ratio of my forks. Not having that detail in my head, I opted to calibrate the ShockWiz, which, while simple, takes a bit of time to follow the instructions. De-pressurizing the shock and cycling the suspension through its travel informs the 'brain' how your suspension pressure changes through the travel and then you can set the base air pressure.

Once zip tied on and all ready to go, your friendly app tells you to go riding! Choose a style, whether Efficient, Balanced, Playful or Aggressive, and the app will give you feedback and ideas of adjustments based on this. After a while, the app will ask for a different type of trail, such as rock gardens or drops, which will further give it more information to work with.

Gradually through the session, the Wiz will create a score out of 100 for how the suspension is operating, alongside a confidence rating based on how much data it has acquired. 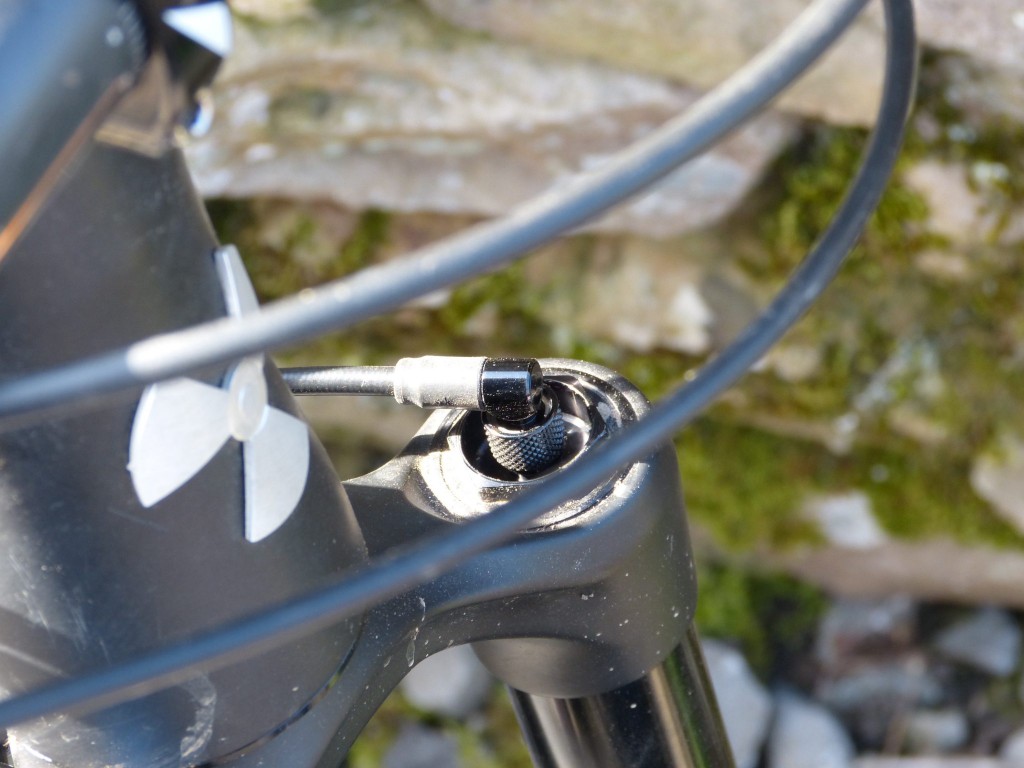 Moving through the app, there are then six different characteristics with sliders representing how to adjust these to improve the ride. Basic adjustments include air pressure and rebound, but also high and low-speed compression, air volume and bottom out resistance.

One thing is very obvious straight away, and that is if you don't have compression control on your suspension, you are limited in how many of the suggestions you can implement. Also, bottom out resistance adjustment isn't easy to change and the app helpfully tells me to consult the manufacturer.

The fewer adjustments available on your suspension, the less helpful the ShockWiz will be. However, most forks and suspension have the ability to easily adjust pressure, volume (tokens) and rebound, all of which have a huge effect on the ride. 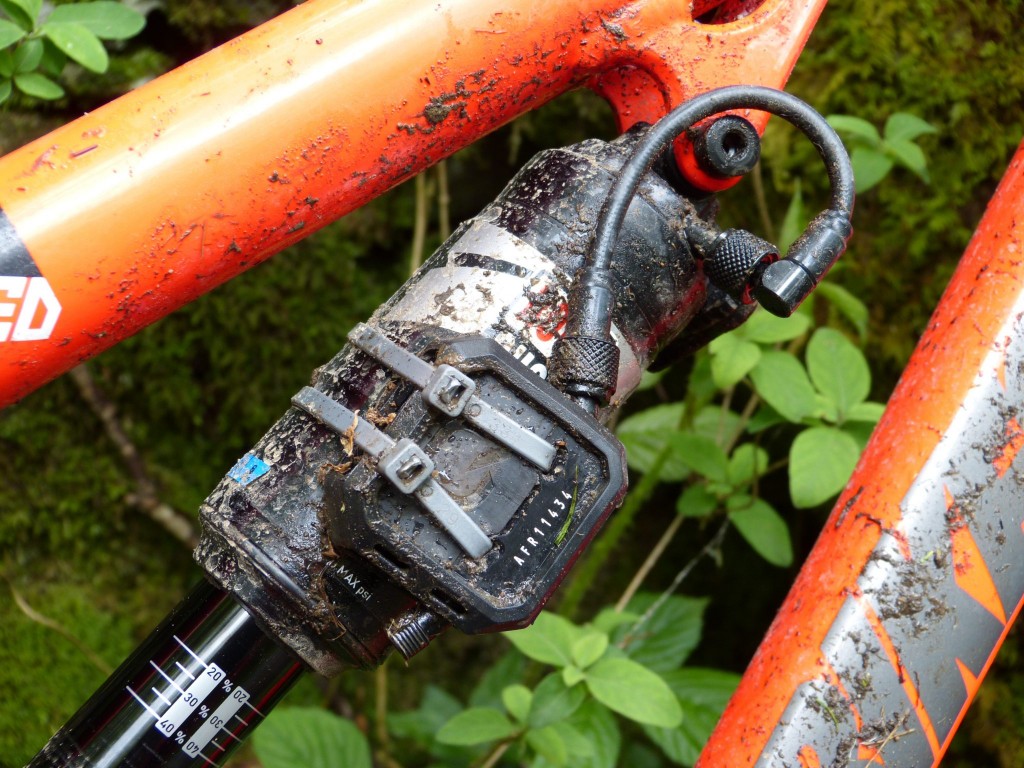 Just a couple of Zip Ties and you're off

The general experience for myself was that the ShockWiz confirmed my suspension was set up at least ok, if not perfect. In an attempt to start from scratch, I began a new session with an under-pressured and over-damped fork to see how long it would take to get it right. The resulting suggestions did get me to where I wanted to be, but I would have been riding better suspension quicker if I just set the sag and put the rebound in the middle.

Only having one Wiz meant tuning the front then the back, or vice versa, as SRAM say it makes no difference which order. I had wondered whether two devices could work in parallel, but this is not the case and the app can only connect to one at a time. Maybe two phones and two ShockWiz devices would work? (Or possibly I’m just getting ahead of myself and trying to complicate matters!)

My hopes that the device would hasten my set-ups on test bikes was not to be realised. It is quicker for me to set up in a traditional manner to get riding quickly, and then use the ShockWiz on the front or rear to diagnose something that doesn't feel perfect. 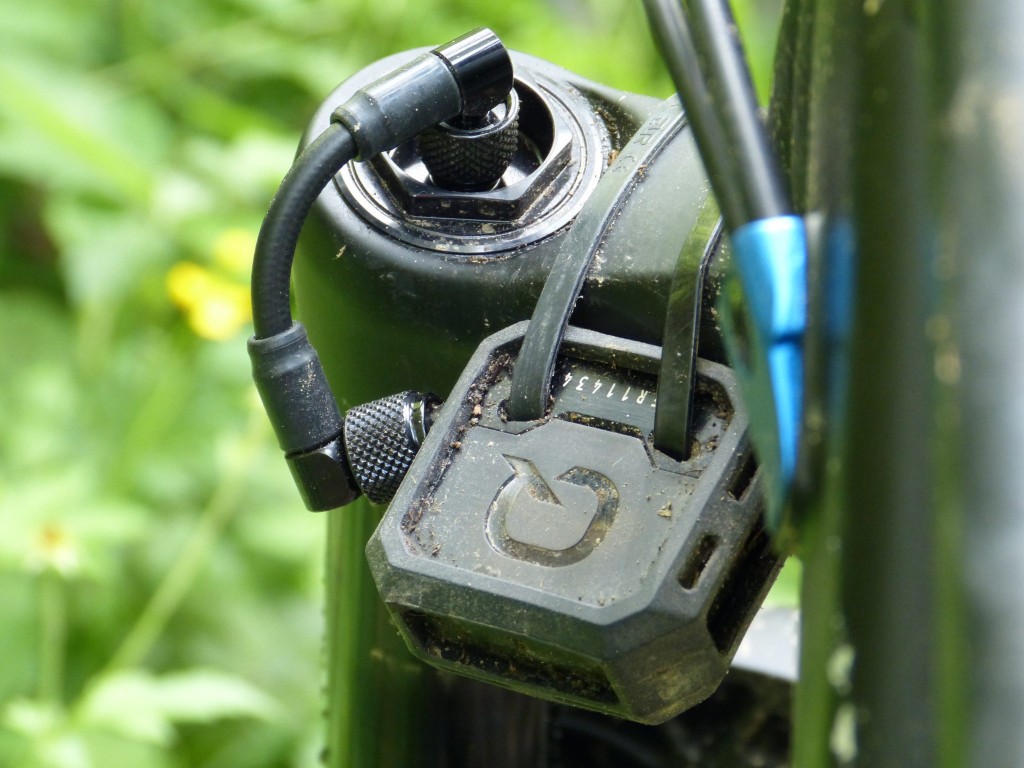 Mulitple mounting options with a long and short hose

This is definitely a tool for fine-tuning complex suspension systems with all the knobs. I find it hard to imagine every individual buying a ShockWiz, but clubs or shops I know already have them for rent to riders, and I would highly recommend some time with one if only to confirm that your suspension is performing as well as it can.

Battery life is good, and can easily be replaced if needed. The Bluetooth doesn't appear to be a huge drain on phone battery, so it's easy to just let it run in the background. The zip-tie attachment is basic but effective, however changing mid ride becomes a faff. A simpler connection would be better, but I can't think of a better suggestion, so zip-ties win again.

This can only be the first step in on-board telemetry for the masses. It's not a huge leap of imagination to see something like this built into suspension ready to go or at least an app that can handle inputs from more than one ShockWiz. As a first step though, it's an incredible innovation. 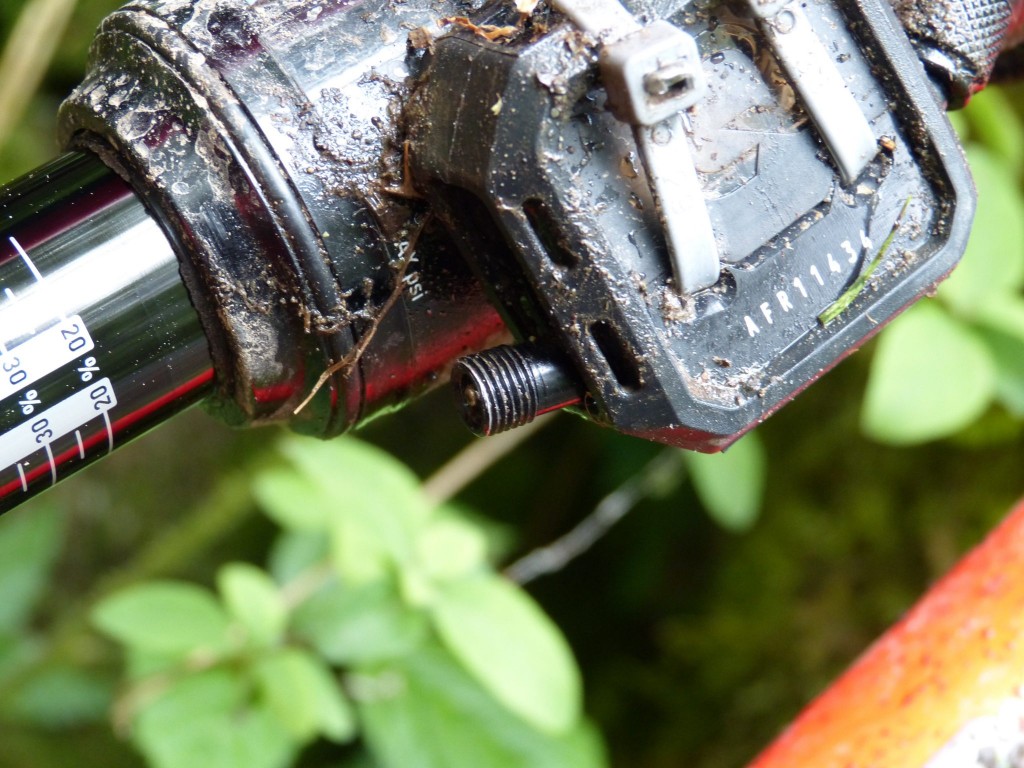 An ingenious piece of kit, the ShockWiz is both bafflingly intelligent and super simple in one hit. Just plug in, set it up and go riding. Perhaps not for everyone, but if you are a suspension geek, or want to tune your suspension for every race track this could be invaluable. For more casual riders, an afternoon riding with the ShockWiz would be time very well spent. 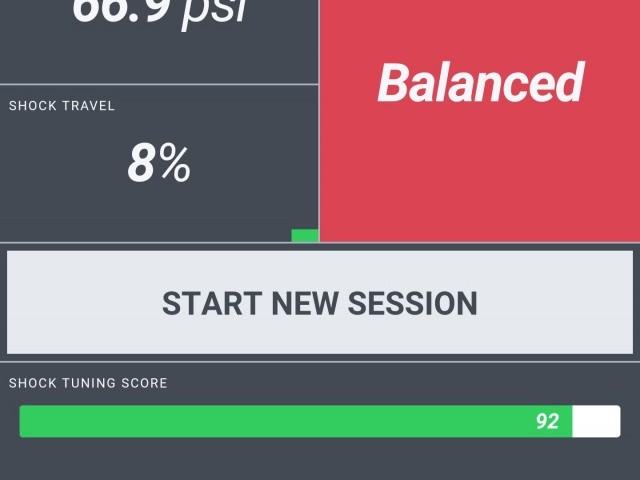 The start screen for the phone app 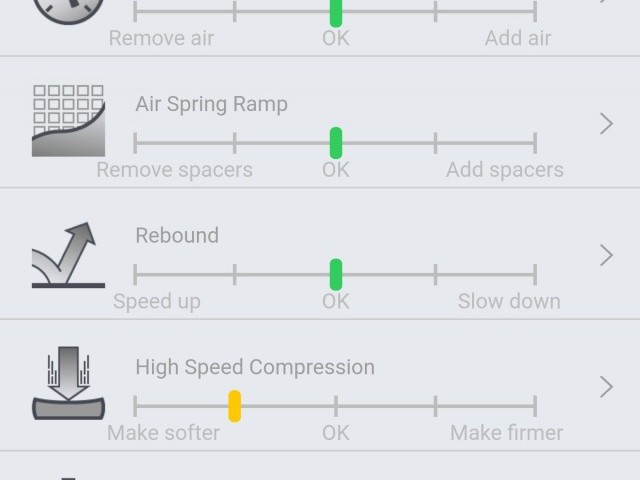 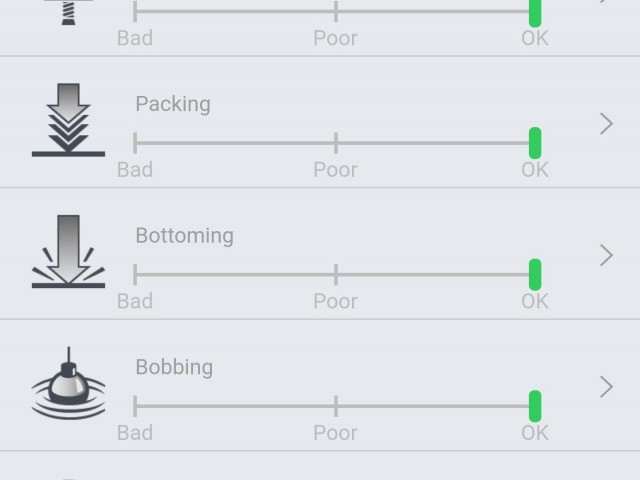 Detections made by the ShockWiz 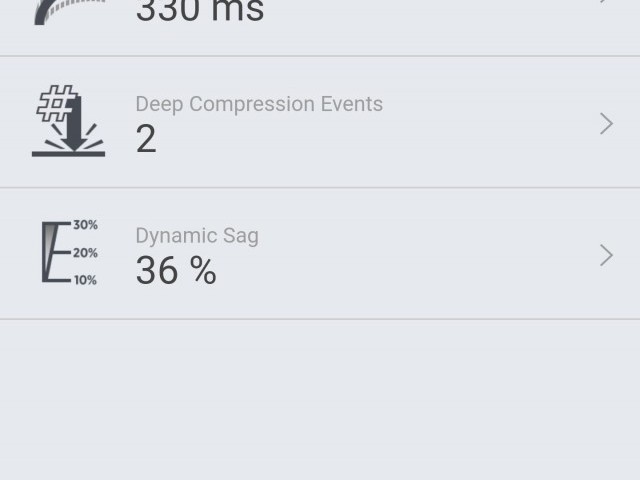 More data than you'll know what to do with!

This review was in Issue 48 of IMB. 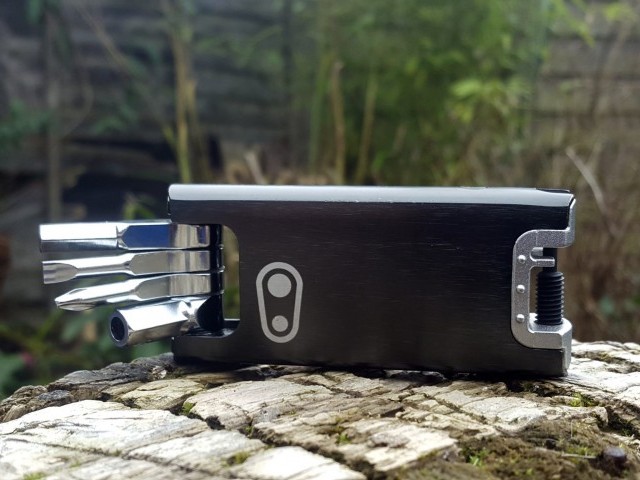 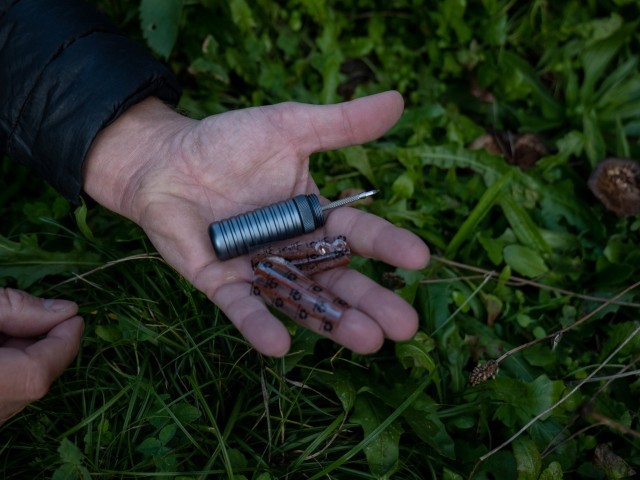 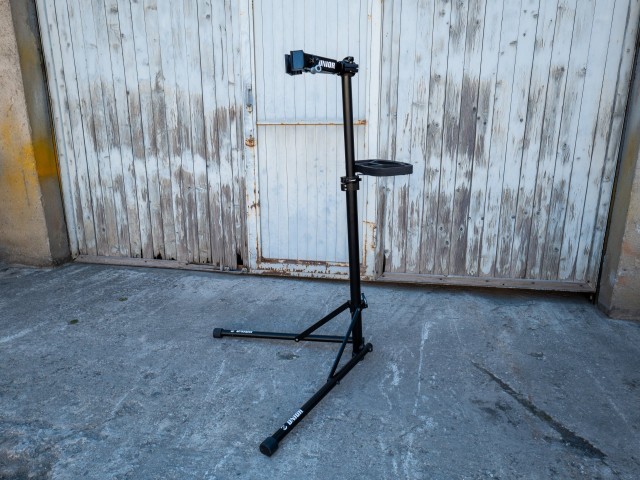 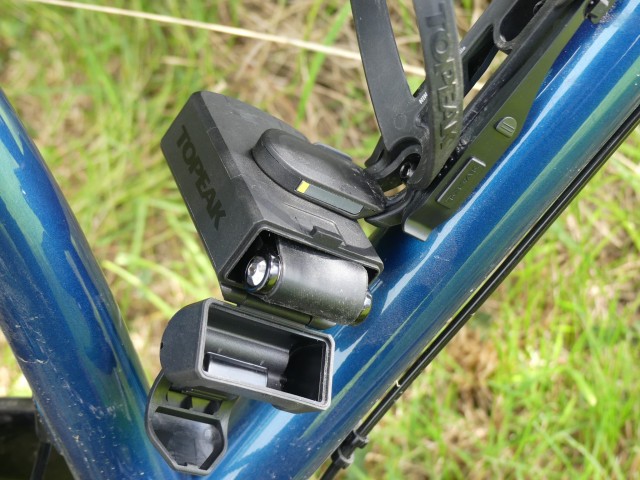 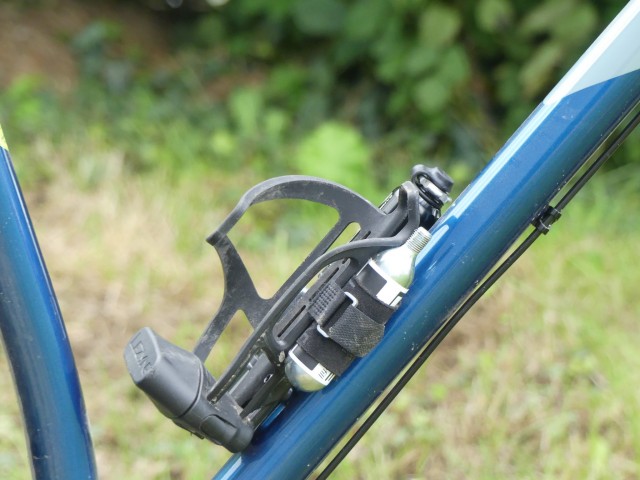 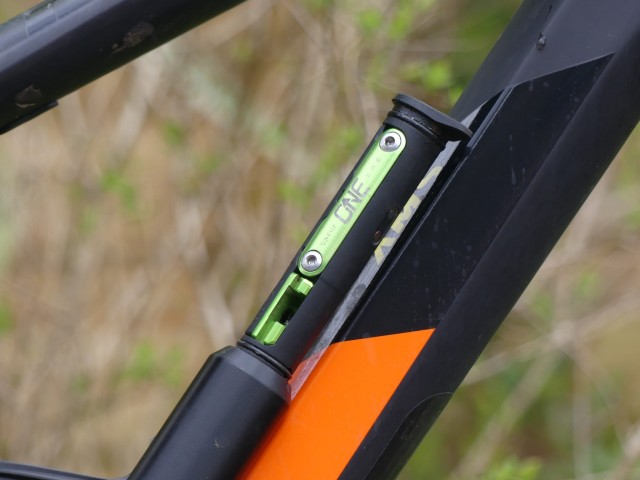 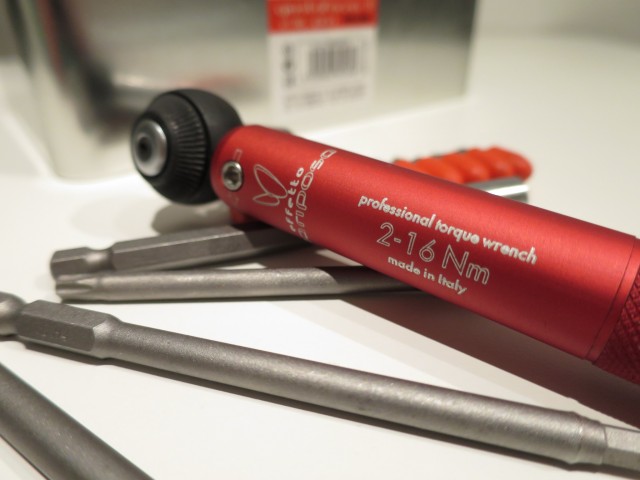