Having ridden and rated the Pivot Firebird not that long ago it was a pleasant surprise to have the Phoenix arrive at the office.

I had thought the Firebird was a purposeful looking machine but the Phoenix is a whole other order of burliness again. It has the bombproof looks that made it my first pick for a long road trip that would involve a huge amount of downhill ragging across a range of different terrain in all weathers, both man and machine would be tested to the full! 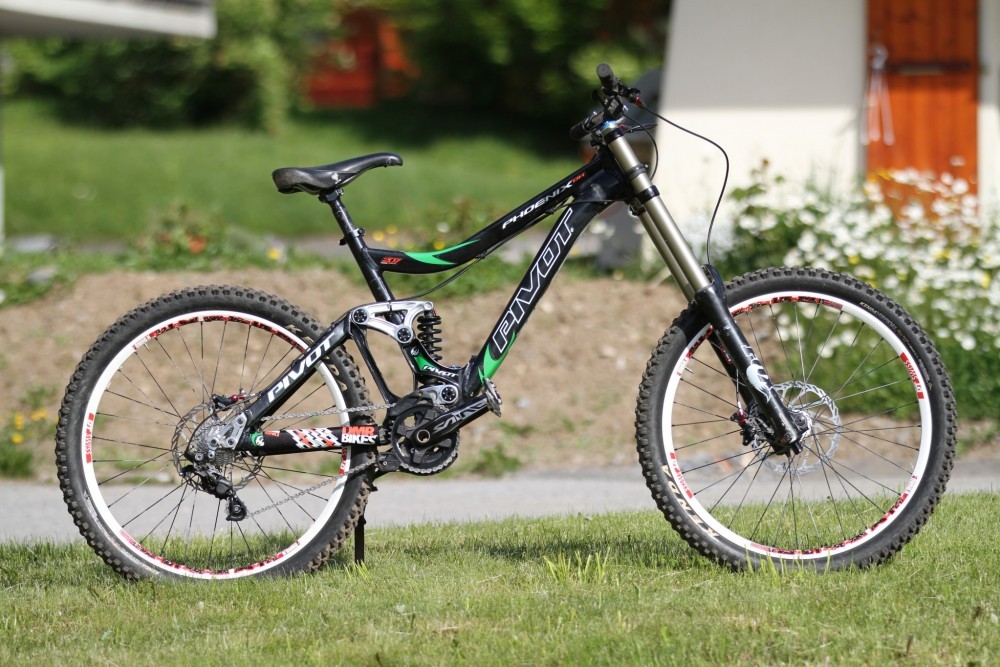 Features include a 1.5” head tube, 83mm bottom bracket shell, ISCG mounts and a 150mm x 12mm rear axle. The frame comes with an angleset headset that allows you to adjust the head tube angle by up to a degree, a seat tube clamp and there is an optional +10mm set of rear drop out available.

The Phoenix features a DW link suspension design that has been tuned around the Fox RC4 that comes stock, this gives 207mm of rear wheel travel. A set of Fox 40 forks up front give 200mm of travel.

Drivetrain and braking came in the shape of high end SRAM and the wheels are DT Swiss with Kenda Nevegal 2.5 rubber. 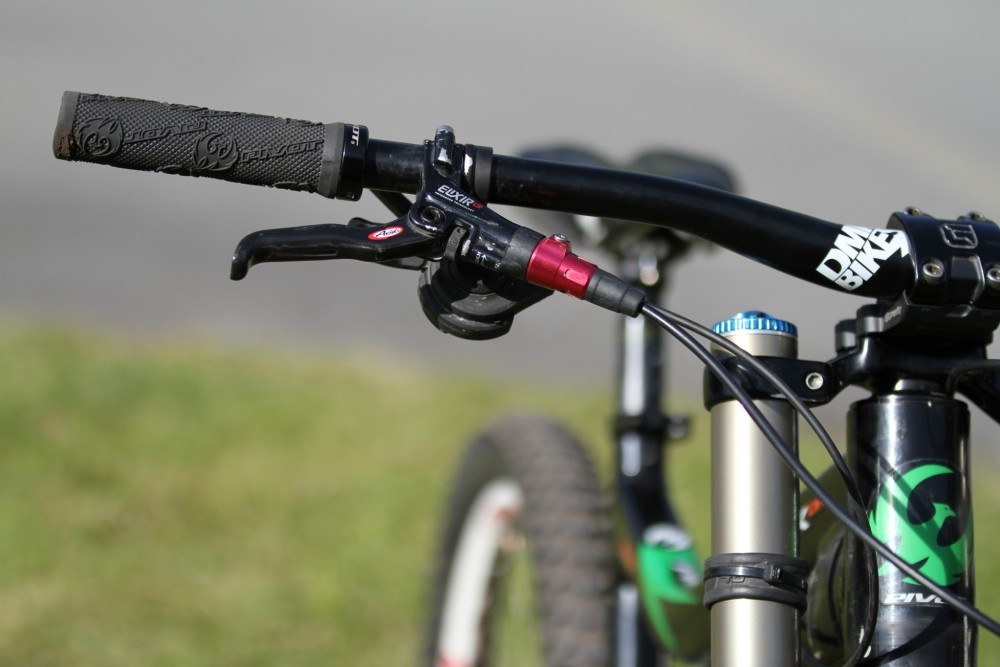 Pivot tuned the Phoenix with the Fox RC4 in mind and that shines through when it comes to setting the bike up.
The shock is positioned low within the front triangle but access to all the adjustment knobs is ok and can just about be done with gloves on. It is the range of adjustment that really shines through though; the sweet spot is near bang in the middle of the range, which meant tuning the Pivot for different runs was both possible and easy. 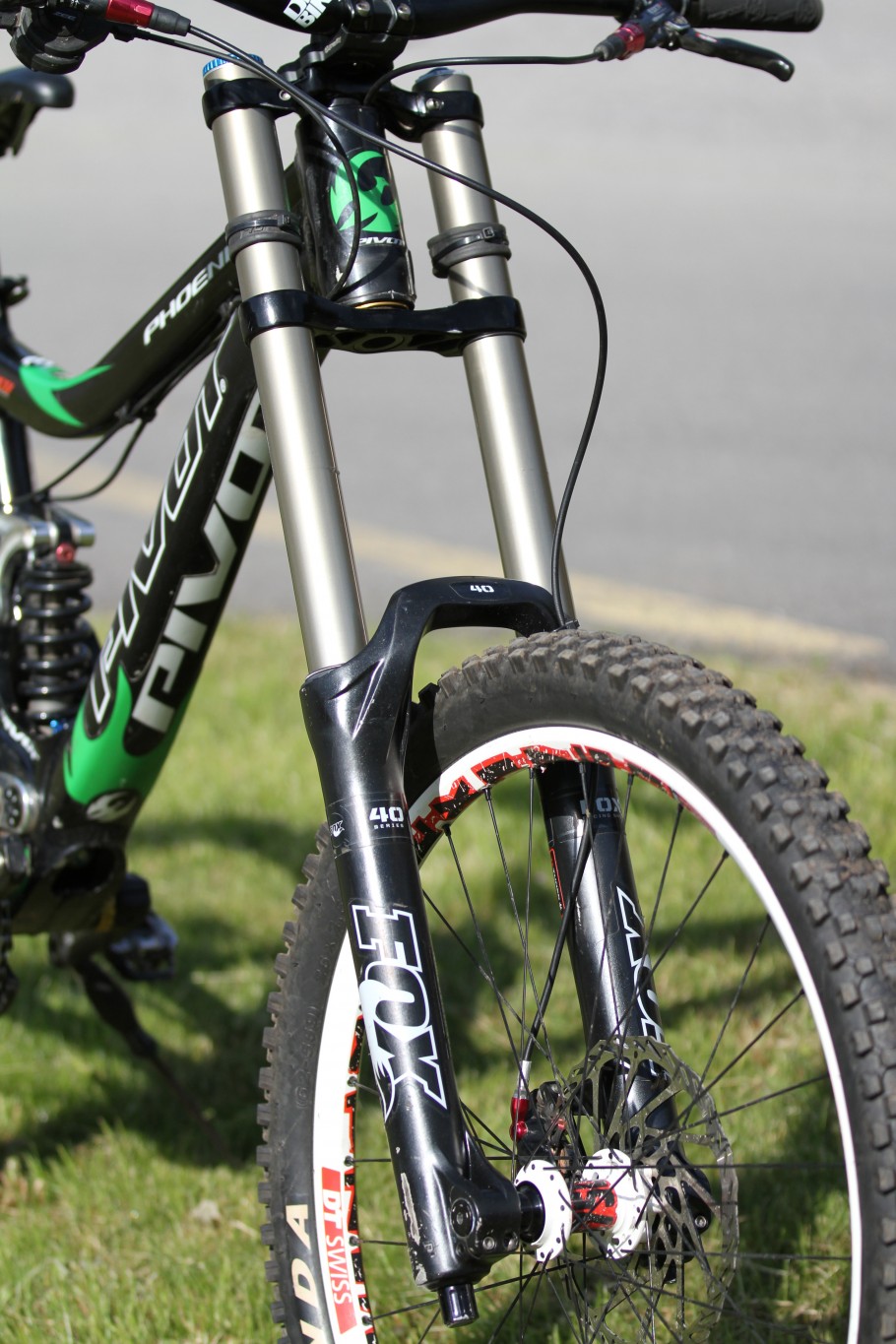 Once rolling the neutral geometry gave a balanced ride position that meant I was comfortable from the start. Add to this the low bottom bracket, super stiff rear end and the fact that the bulk of the weight is located low and central and you have a confident descender that corners on rails.

With a slightly firm set up the bike turns terrain into speed, pump the trail and the DW link suspension will propel you forwards, a stamp on the pedals brings about a leap forward, squeeze the suspension in a turn and you come out of it like a bullet.

A quick firming up of the settings and the Pivot handled super fast flow trails brilliantly and while not the most manoeuvrable bike in the air it is super stable. 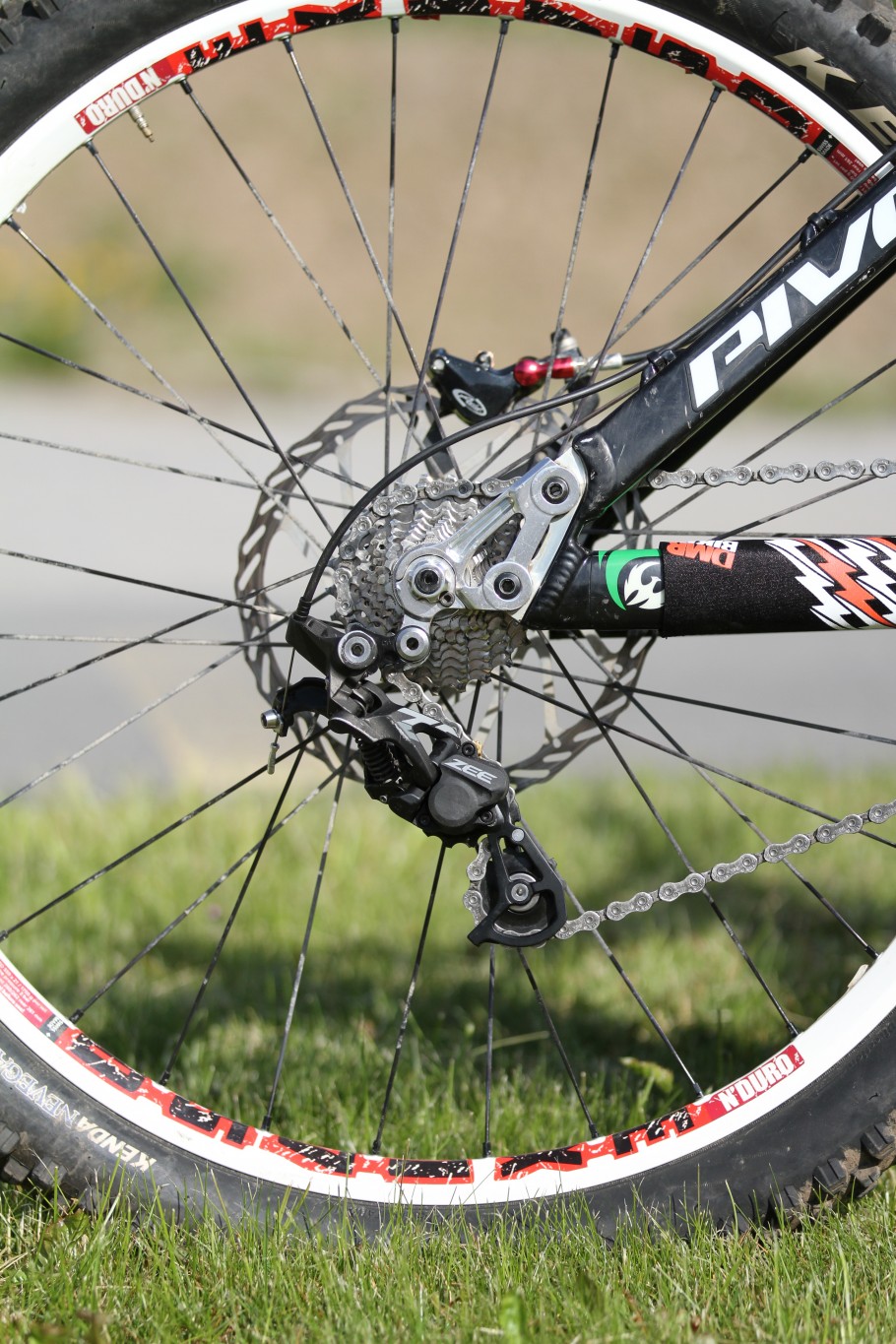 When the rains came and with it mud galore and slippery trails a tweak to the set up helped seek out the grip. With the bike set up in a more linear guise it handled wet conditions admirably and dealt with poor line choice with aplomb.

Adjustability, I really like the fact that the range of adjustment of the RC4 is so usable, married to the fact that the frame comes with an angleset and an optional +10mm rear drop out this bike can handle a wide array of trail types and conditions.

Reliability, not once did the frame or suspension units so much as creak or complain.

There is a higher than average amount of chain slap on the Phoenix even with a clutch rear derailleur, I found that a neoprene chain stay protector wrapped with Gorilla Tape lasted around 3 weeks before it needed tidying again.

The Pivot Phoenix is a privateer’s dream; it can be set up to handle whatever terrain or conditions you might run across. It is tough and super reliable, needing very little TLC to see you through an entire seasons racing or many, many hours of uplift fun.

If you are a rider that likes to pick your lines and work the terrain then the Pivot Phoenix will reward your efforts with lock and load line holding and high speeds. 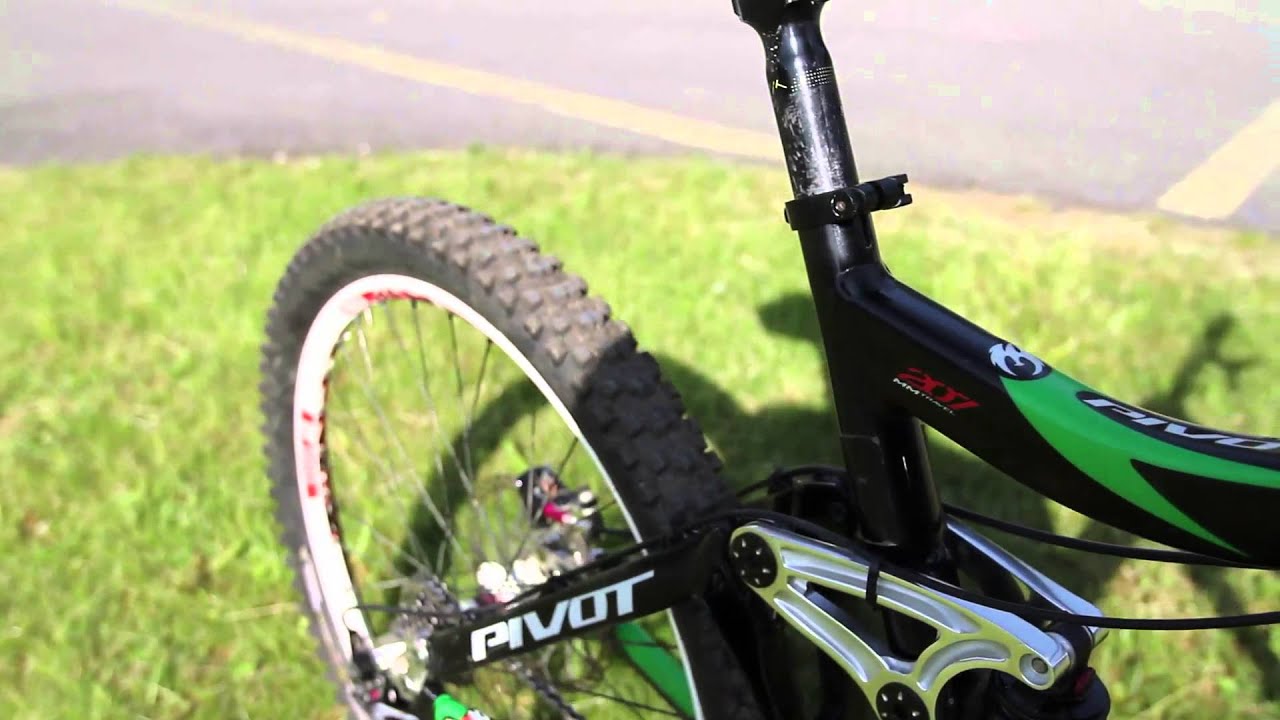 This review was in Issue 25 of IMB. 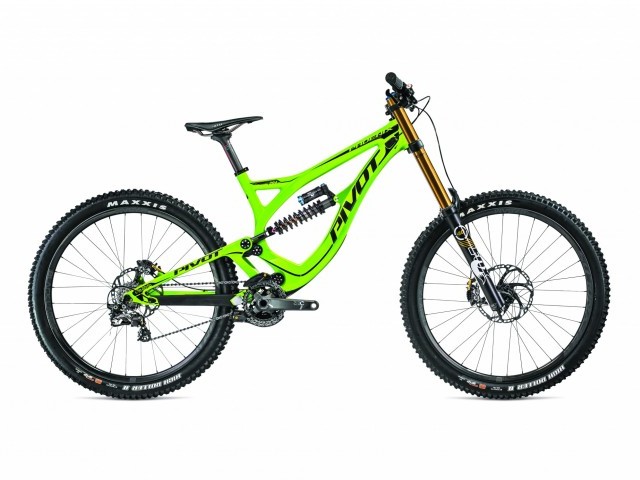 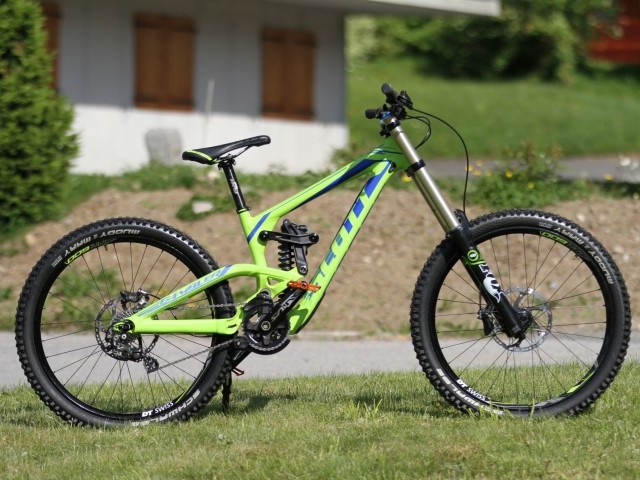 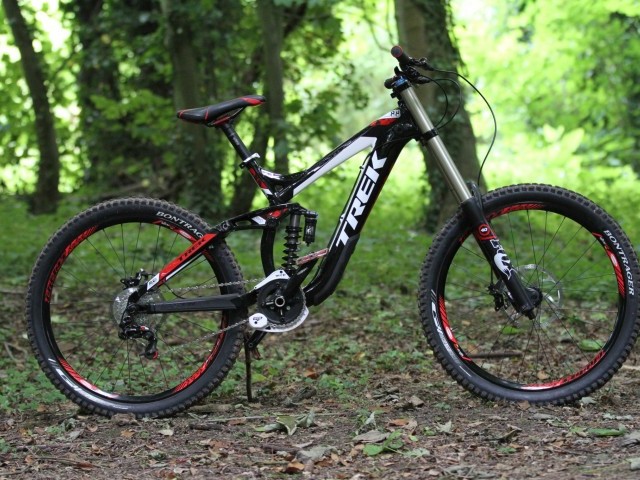 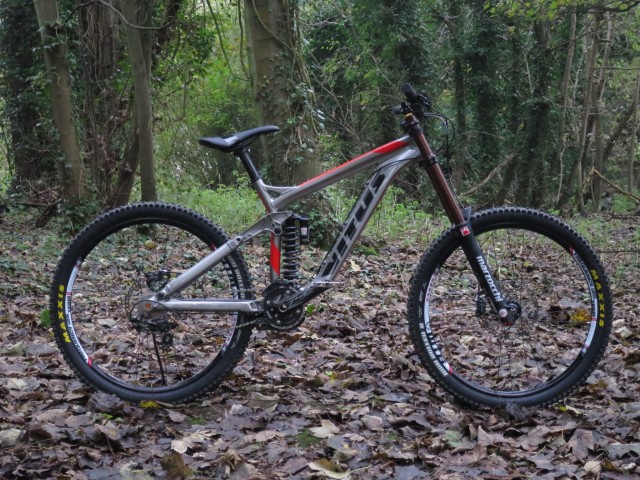 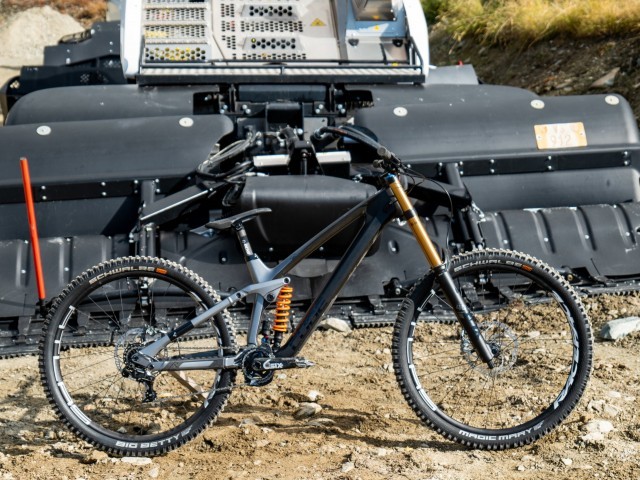 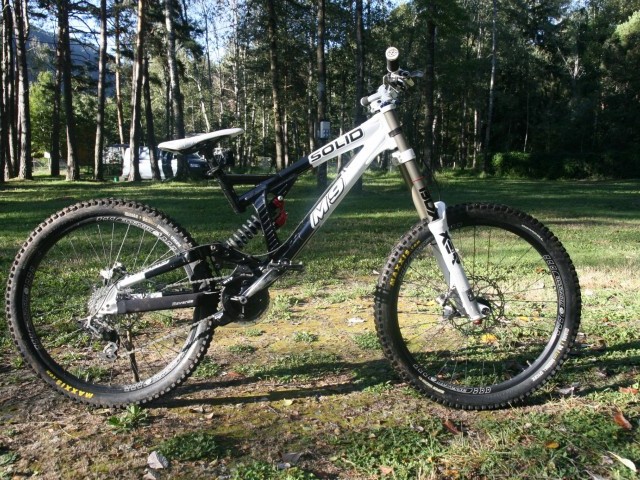 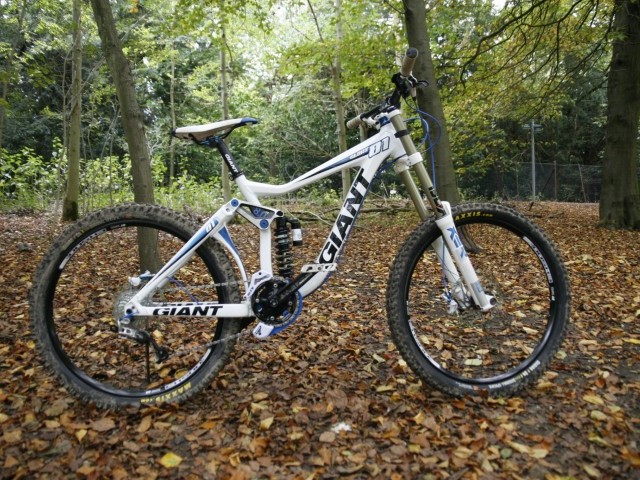 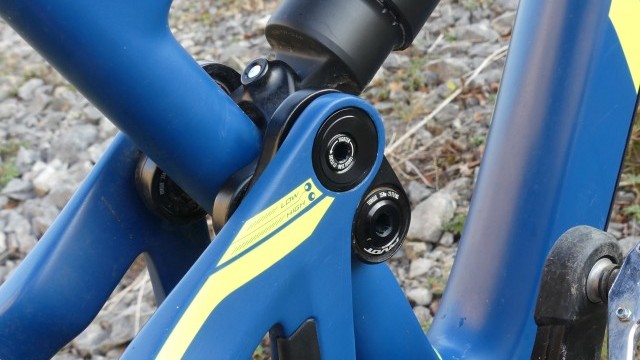 Earlier this year, Pivot filled one of the last gaps in their range with the arrival of a long travel 29er. Previously, the Switchblade had been their most progressive big wheeler, but this still had trail bike tendencies and was an excellent ride in those scenarios but not in bigger terrain. Their biggest hitting non-DH bike was the Firebird, which… 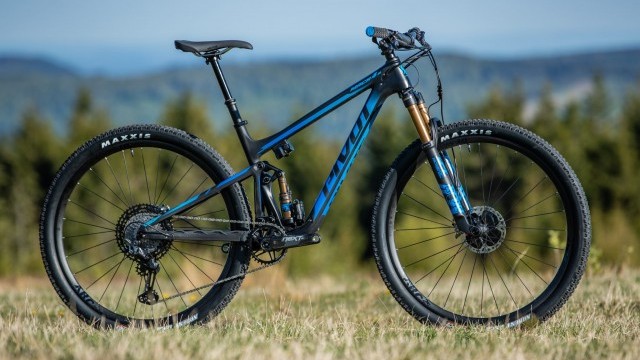 There is a lot of hype surrounding the new wave of XC bikes that have arrived in the last twelve months. These short travel, lightweight and capable bikes may yet spawn their own genre but for the time being, we are seeing a response to more taxing World Cup courses and the application of kit that can be both light… 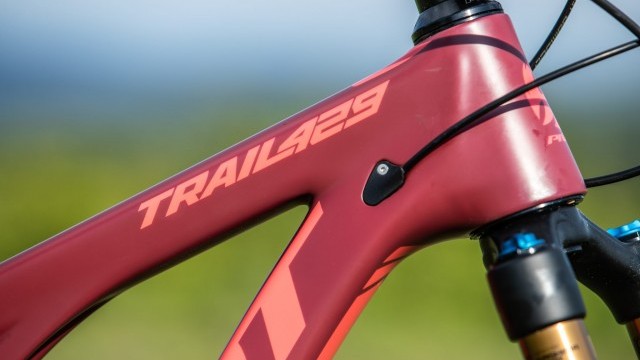 Pivot has wasted very little time in overhauling their range, delivering new versions and brand new models at what seems like an alarming rate. Switchblade, Firebird, Mach 5.5, Mach 6, all of these feel like they were released only yesterday. The style, engineering and even elements of geometry have been shared across the range to produce a coherent collection of…