Fueled by a core group of passionate people, SixSixOne works closely with a group of top riders, who share the same drive and attitude to develop products that keep riders safe while they are having fun on Trails, Park, and DH tracks. 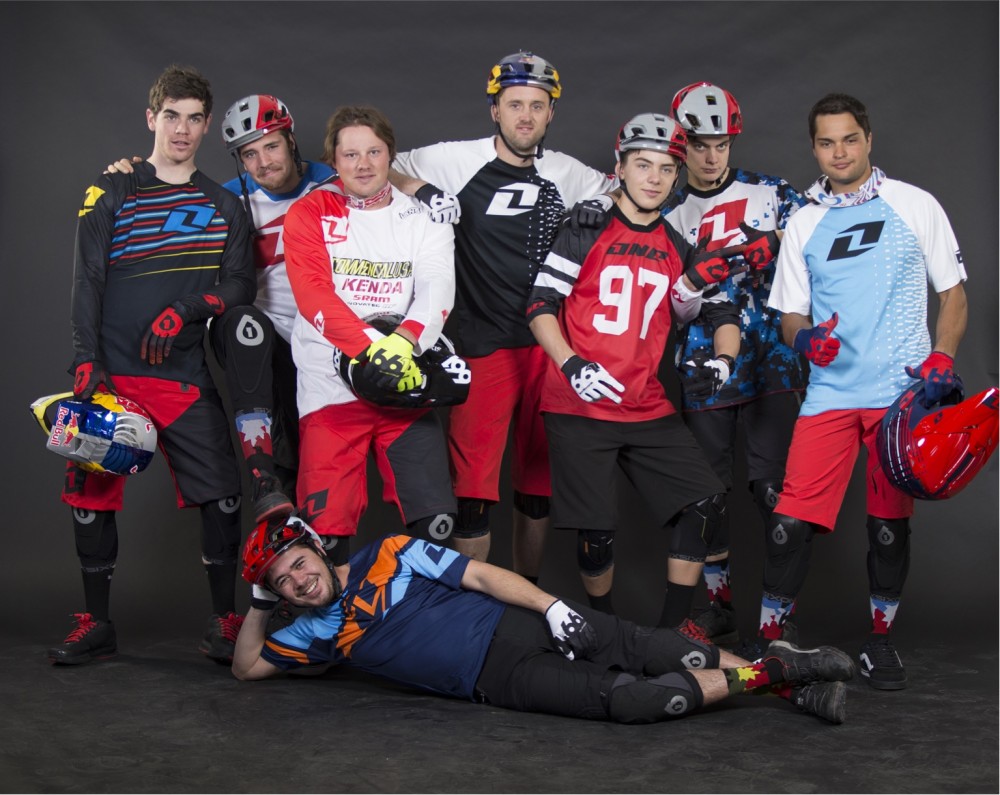 SixSixOne, a ONE Industries brand, has worked with countless leading riders to become one of the most recognized mountain bike protection brands in the world.

In January, the riders spent time at the company’s new headquarters in San Clemente, California, which is located in the heart of the action sports industry. They discussed products, spent some good time all together and of course, rode the trails near the SixSixOne office for some great photos and videos. 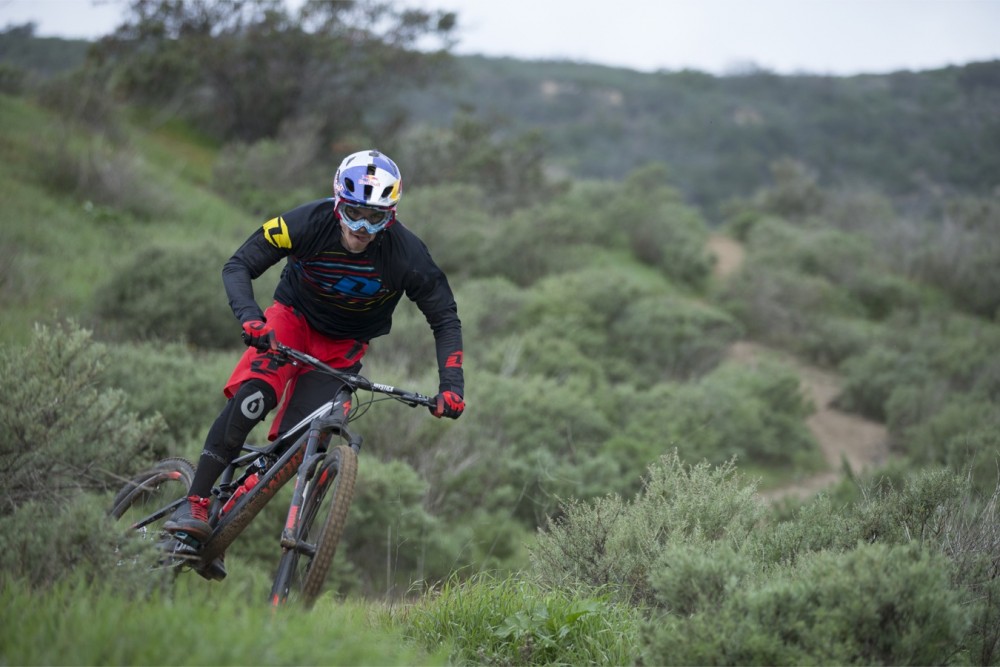 Expect to see Loic Bruni back on the podium in 2016

What more can be said that has not been written about Bruni since his World Champion title in September 2015? Here to have fun, ride fast and to win, Bruni is an amazingly talented rider who is true to his sport. He is one of a very few riders who are fully endorsed by all his peers and are appreciated all over the world. Bruni helped develop the SixSixOne Rage line and EVO jackets. Fans can expect to see Bruni at the top again in 2016, as well as more new SixSixOne products developed with him over the next season. 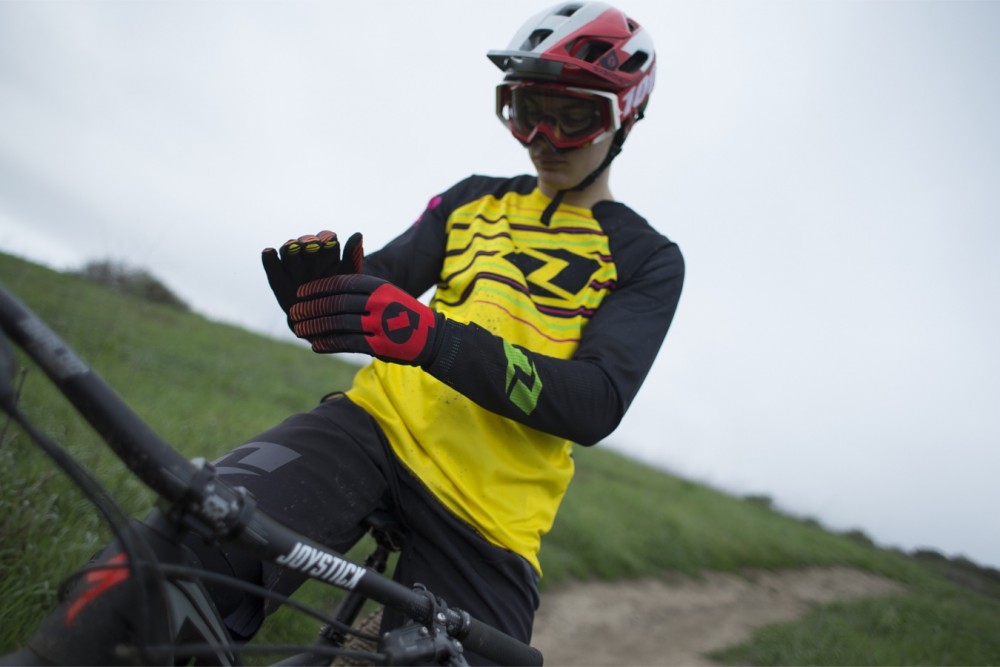 Vergier combines talent, speed and a great attitude. He proved his power last season with great results in WC. Vergier has a bright future in DH racing and his smooth style is just a delight to watch on the tracks. After showing his potential in 2015, there is no doubt he will be willing to confirm in 2016 and settle as an established top rider. 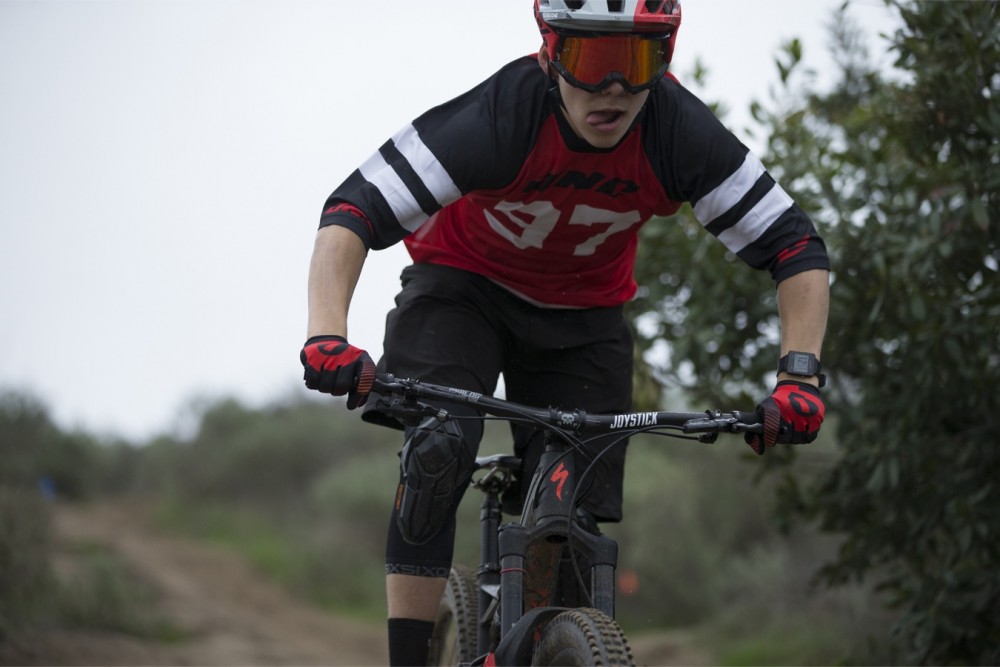 A whipping whippet? Finn Iles is a quick rider with bags of style

Iles is known for his whipping abilities, which pushed him into the public eye when he was only 15. He couldn’t race WC because he was too young but people will soon see his incredible whipping ability and how fast he really is on the public stage. He is ready to prove it as he enters the Junior World Cup category for the 2016 season. SixSixOne is thrilled to see him charging on tracks, as much as jumping and getting excited about new SixSixOne products. 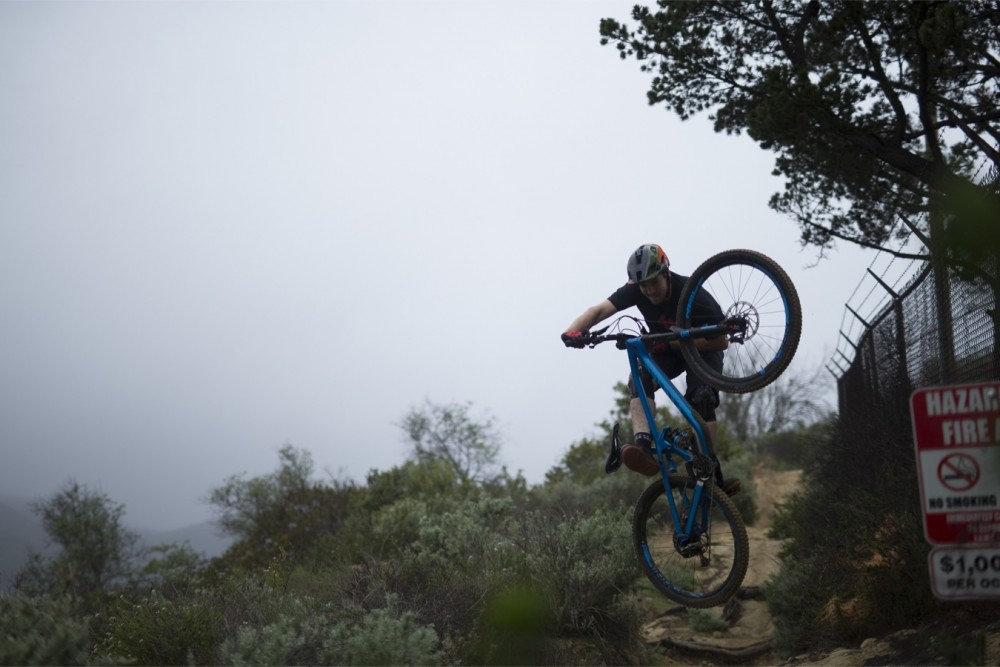 The young, stylish French rider will be representing SixSixOne all over the world at contests and FMB rounds. Lemoine has been with SixSixOne since the 2015 season and rode into 4th place at Crankworx Joyride last August. With an amazing attitude and highly competitive, he simply loves his life as a pro rider. 2016 should be an amazing year for Lemoine, and we cannot wait to see him deliver his pure style on a global stage. 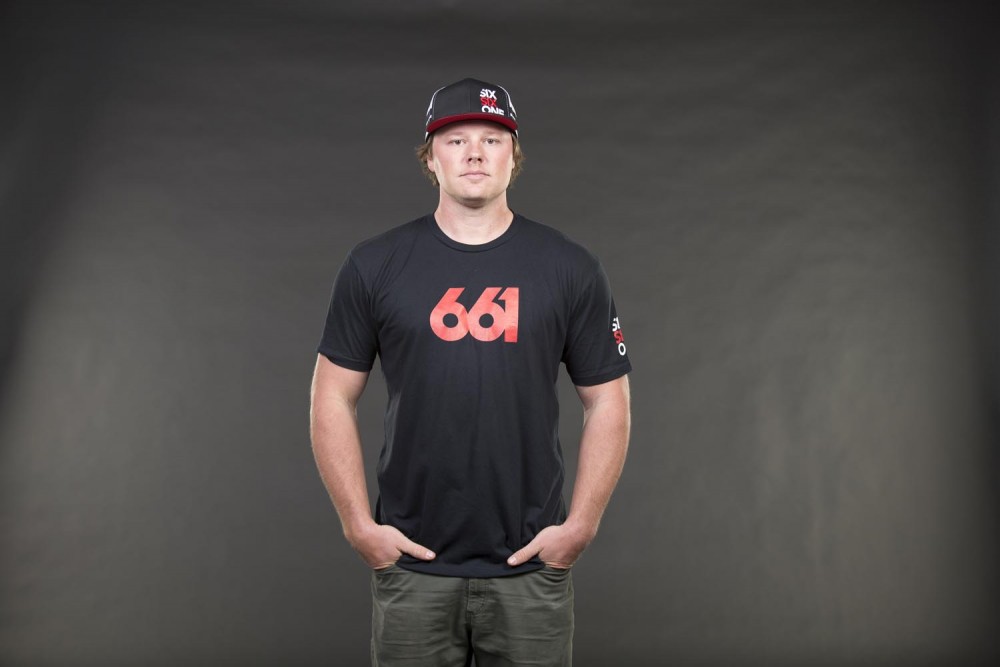 Strait is a legend in the sport and an amazing rider who has already accomplished so much. He participated at every Red Bull Rampage since its inception, won the event twice, medaled at UCI DH World Championships, simultaneously contended the UCI World Cup circuit and FMB World Tour, appeared on 16 magazines covers, filmed seven timeless segments with Freeride Entertainment, and found some time to develop amazing fishing skills. 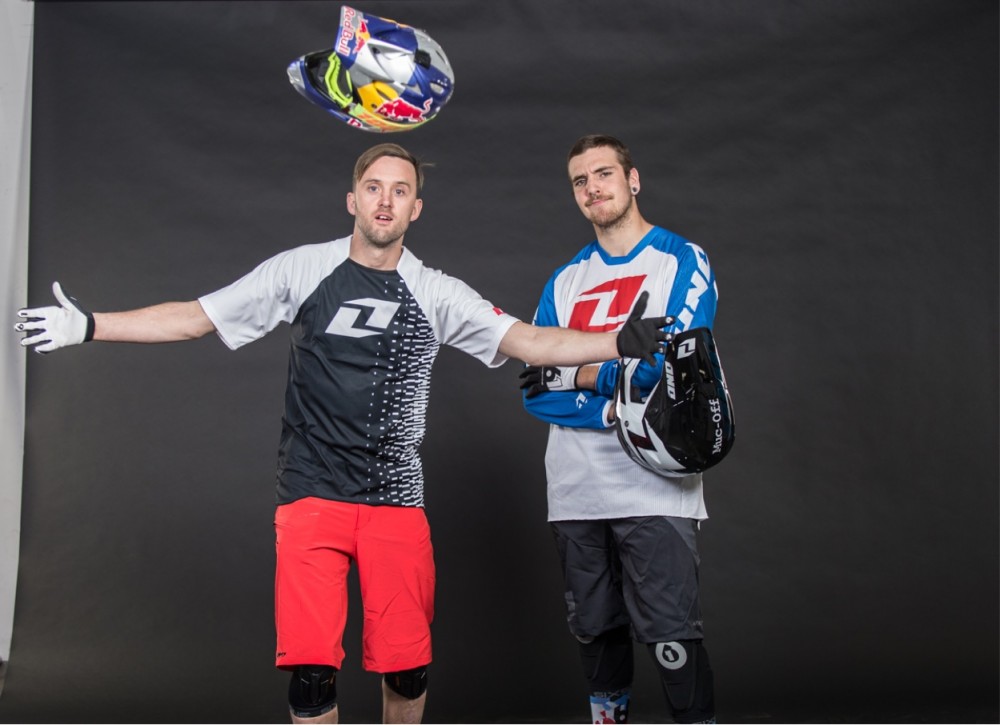 SIxSixOne Ambassador, Chase, will be working on heaps of new videos in 2016

Another legend representing SixSixOne all over the world, Chase moved to a new bike brand last season, which gave him a new dimension. Chase will be helping the company with rider content creation this season and will work on video projects with our FMB rider Tomas Lemoine at the different Crankworx venues, making his ambassador role even more complete. 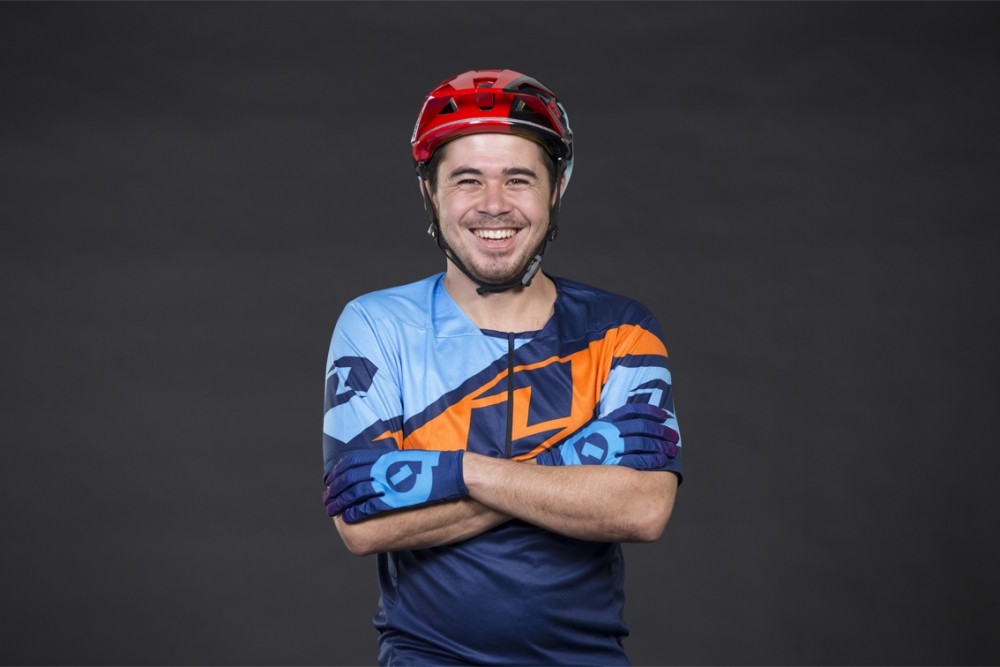 Cruz lives a real outdoor mountain biker life. He rides, digs trails, enjoys the outdoors and when it is time, he travels the world to race Enduro or participate in key events. When you spent some years being chased on trails by a famous mustached beast, whose initials are “MW”, no wonder you are fast and efficient on any kind of terrain, up or down a hill.  Overall, Cruz is having some of the best times on his bike all year. SixSixOne is proud to have Cruz as he represents what mountain-biking is all about: riding great trails, being involved in MTB community and having a great time with friends.

Bruni & Vergier Against The World Episode 1