The Atherton’s and fellow GT Factory Racing riders announce their new line up of sponsors and bid a fond farewell to Marc Beaumont for the 2015 assault on the downhill and enduro circuits. 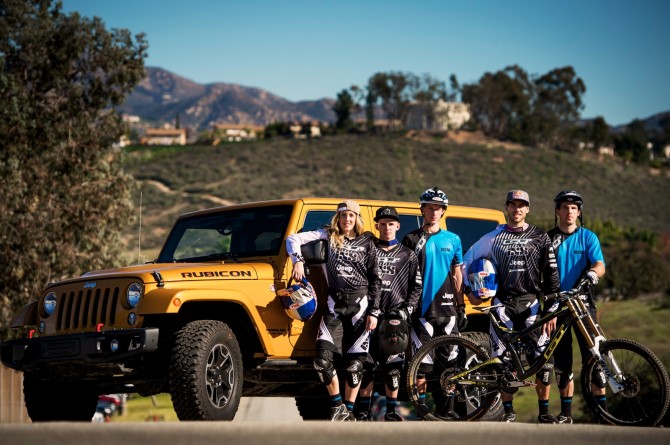 As the GT Factory Racing team throw themselves into their first intensive training camp in Del Mar, California, Atherton Racing are pleased to announce the continuation of their successful relation with GT Bicycles and to welcome three new partners for the 2015 season. Jeep, the iconic 4×4 brand will become an Official Team Partner; as part of the agreement they will provide vehicles for the team (including the legendary Wrangler and the all-new Cherokee and Renegade models) and collaborate on some exciting new media projects. IXS will provide apparel and protection and Bell will supply helmets.

The Downhill team will continue to ride the GT Fury equipped with components from Shimano, Fox, Continental and Pro. This is the bike that carried all of the team to World Cup wins this year and saw Gee Atherton take the 2014 World Championships. This year Stan’s No Tubes will officially supply rims for the Downhill team.

The Enduro team will focus on the GT Sanction with Shimano XTR wheels. 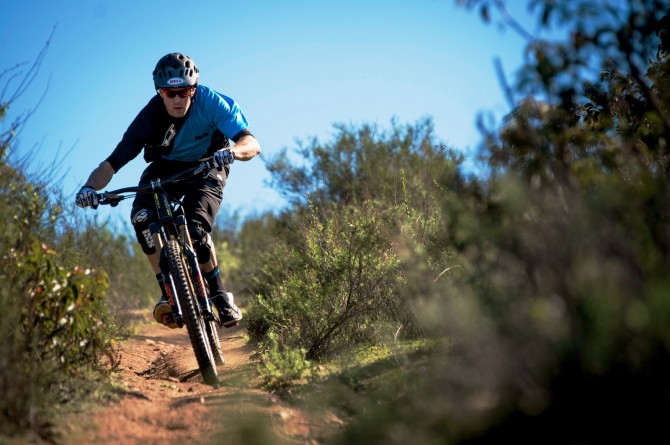 In this 4th year of partnership with GT Bicycles the team will be aiming to defend and recapture the World Championships as well as to regain the title of “World’s Fastest Downhill team” which they held for both 2012 and 2013. The Enduro team will look to notch up some wins in the Enduro World Series.

The rider line-up is slightly changed for 2015 in that the team says a sad goodbye to fellow GT rider Marc Beaumont.

Team Director Dan Brown said “Slugger is a force to be reckoned with. He made an enormous impact on the team and I know that I speak for all of us when I say how much we’ll miss his mischievous presence in the pits and at training sessions as well as his serious contributions to team strategy and the huge support that he offered to the other riders.”

“We are delighted to head into 2015 with the same brilliant bike and component sponsors as well as our long term supporters Red Bull and Silverline tools who will continue to be an integral part of our team. Along with GT, Shimano, Continental and Fox we will continue our successful associations with Pro and Stan’s No Tubes and off the bike GoPro, Muc-off, Oakley and SRM will remain a valued part of the set-up.

We’re delighted with Gee’s World Championships win this year but I’m 100% certain that we have even better things to come in 2015 and I’m confident with our excellent support team and all of our sponsors behind us, we’re going to deliver”. 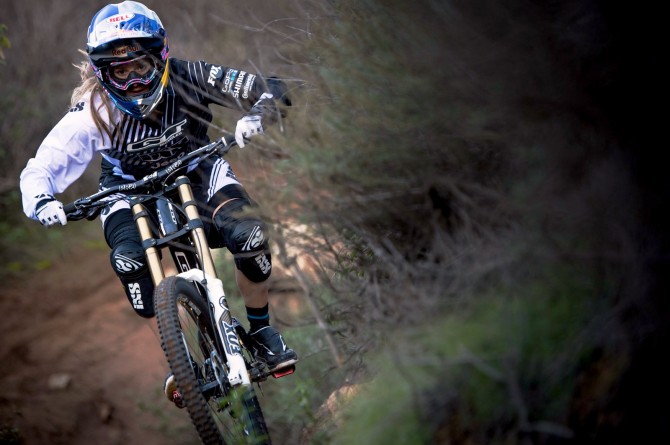 Reigning World Champion Gee Atherton said, “I honestly believe that we have the best team in the world. When I get to the start-gate I know exactly how much expertise and dedication it has taken to get me there – mechanics, support team and sponsors all pulling together. I can’t wait to welcome Jeep, iXS and Bell to the family.

A lingering illness picked up in South Africa made 2014 a difficult year for Rachel Atherton, though she still posted glittering results by anybody else’s standards (a UK National Championship, two World Cup wins, 2nd in the World Cup Series Overall and 2nd by a cruel 0.08 seconds in the World Championships)

Rachel said “ I am so motivated for 2015. 2014 was hard, really hard especially as I watched the other Women racers get stronger and faster but they’d better watch out for me in 2015 because I want those titles back!” 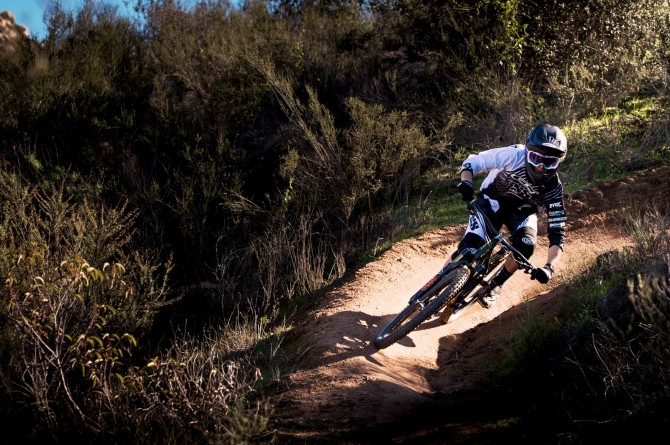 Taylor Vernon who won his first Junior World Cup at Windham, just 13 months after breaking his T7 vertebrae, he will race as an Elite for the first time.

For the Enduro team Dan Atherton is back to full racing fitness and is impatient to get started on the Enduro World Series 2015 where he will ride with 18 year old Martin Maes for the third consecutive season. Martin, who won a World Cup in Downhill this year at Fort William, Scotland will continue to race in the General Classification – despite his Junior status.

Dan Atherton said  “For me 2015 is going to be all about Enduro, all about racing with Martin and putting together a set of top-class results. I was involved in every stage of the Sanction’s development and now I want to demonstrate exactly what I can do with it. Gee’s right about the key role that sponsors play in our team, our partnerships are working collaborations with brands that we really believe in.

“The Athertons are at the top of their game and embody much of what the Jeep brand signifies – adventure, determination and capability.

“We’re incredibly excited about the opportunities that being an official Team Partner brings and sharing this with the Jeep community over the months ahead. This is a new era for the Jeep brand in the UK and we’re thrilled that Atherton Racing is going to be part of this.” 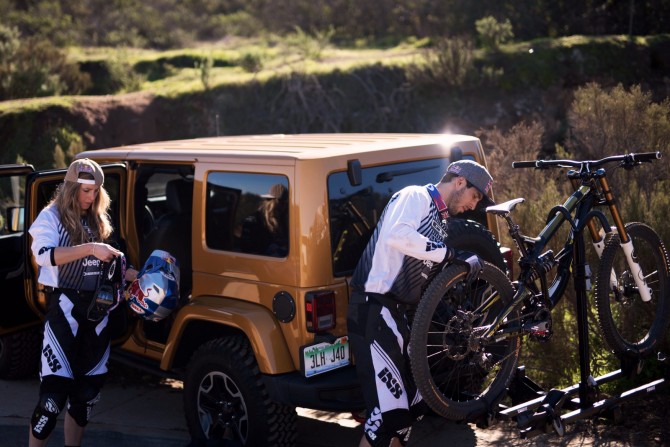 “iXS are a family owned company with racing in our blood so we are delighted to welcome Atherton Racing to our team. We are all extremely excited to work with such professional athletes, seeing them trust our products and enjoy riding in them makes us very proud and I personally believe that working together will allow us to reach even greater heights.”

“We are thrilled to have the Atherton’s back on Bell helmets.  Aside from the fact that they are great individuals, and a very fast team of riders, they also LOVE riding bikes.  And that’s what we are about.  The thrill of the ride.  Gee has already been out in the San Diego hills wearing his Full 9.  Its good to know that the professionals are choosing Bell Helmets because of the quality products we make.” 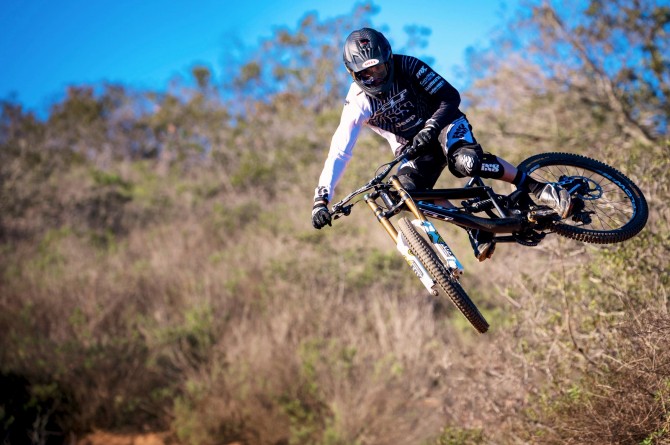 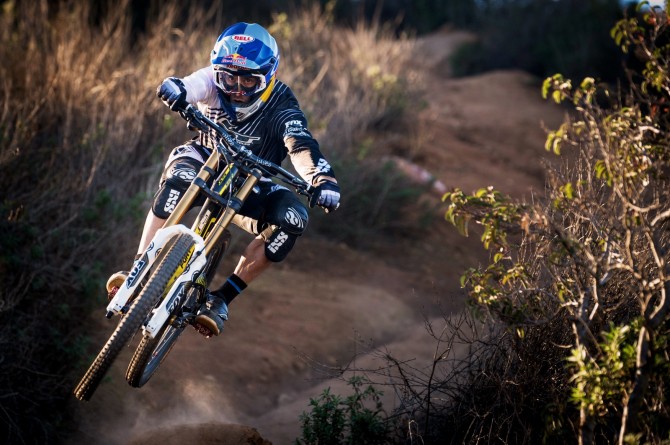 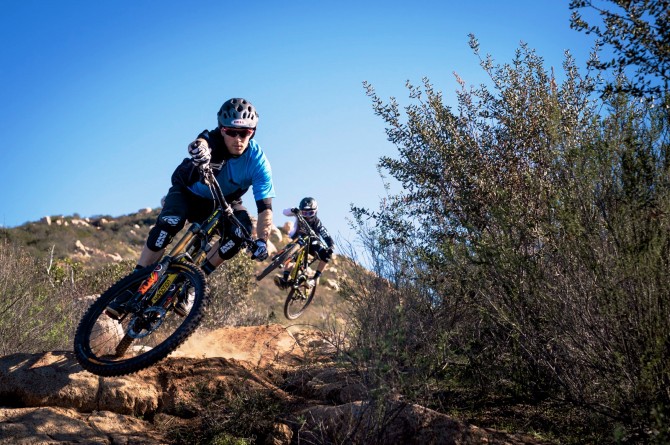 We will continue to support 15 year old Kade as he moves into the Youth category. Atherton Academy is our stepping stone programme to guide young talent through the initial stages of their race careers.

A brand new team strip will be launched at the end of March prior to the whole team racing at Crankworx, New Zealand.